On Wednesday full-time officers from the Welsh health trade unions delivered an open letter to Eluned Morgan, the Welsh minister for health and social care, requesting a pay rise for all NHS staff.

They walked to the Senedd in Cardiff to deliver a jointly agreed demand that the Welsh Government provide an urgent and significant pay rise to all NHS staff in Wales.

The trade unions in Wales have called on the newly re-elected Welsh Government to reward all NHS staff for their endless dedication and extreme hard work that has pushed many staff to burnout over the past year. All whilst maintaining professionalism and high quality care.

Whilst we are awaiting the pay review body announcement, it is important that we increase the pressure on Welsh ministers to provide a pay rise that is urgent and significant, regardless of the budget that comes from Westminster.

What can you do?

Members should continue to raise the issue of pay with their local Senedd members.  You can do this by using the MS letter writing tool

Adam Morgan, CSP senior negotiating officer for Wales, said: ‘Our members in Wales have been key in the response to Covid-19.

'They have worked harder and longer, had their roles changed and lost their work and rehab spaces. They have risen to every challenge the pandemic has thrown up.

'Furthermore, waiting lists and demand for rehabilitation and Covid-19 recovery has been stored up and members will be expected to continue to work harder to address the backlog.

‘That is why we have a joint ask in Wales, that the Welsh Government honour all NHS staff with an urgent and significant pay rise. This will help our members feel recognised and valued and significantly benefit their wellbeing.’ 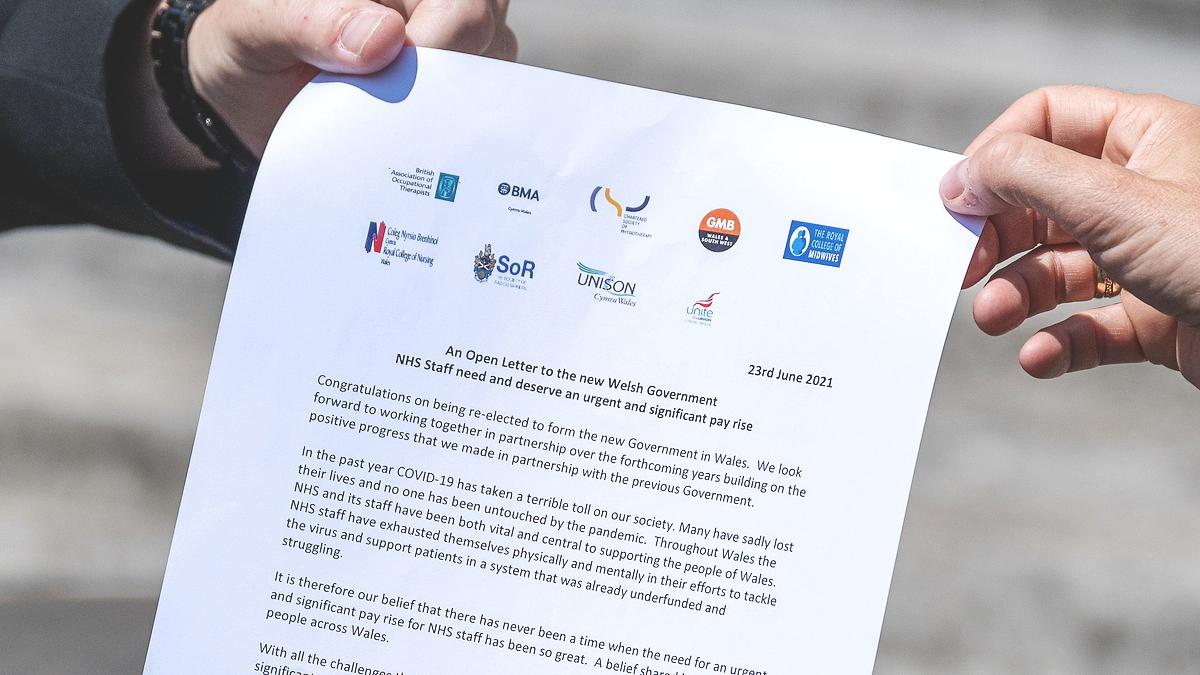 The joint letter was co-signed by the CSP, along with eight other unions who represent the health service workforce.

It calls on the Welsh Government to give NHS staff an urgent, significant and well-earned pay rise.

The demonstrations attracted plenty of attention from passers by who were both curious about the demonstration and shocked at the one per cent currently proposed by the government.

We found the pandemic extremely challenging and physios have been fundamental treating patients and it’s an insult that we are only valued at one per cent. After the year we’ve had we thought we would be recognised and valued, not just by applause but by cash in our pockets to help address the real term pay cut many of us have seen over the last decade