Physios back She Rallies campaign to get more girls into sport

Physiotherapist Rachel Lewis has a personal interest in joining a nationwide drive to inspire more girls to play tennis. 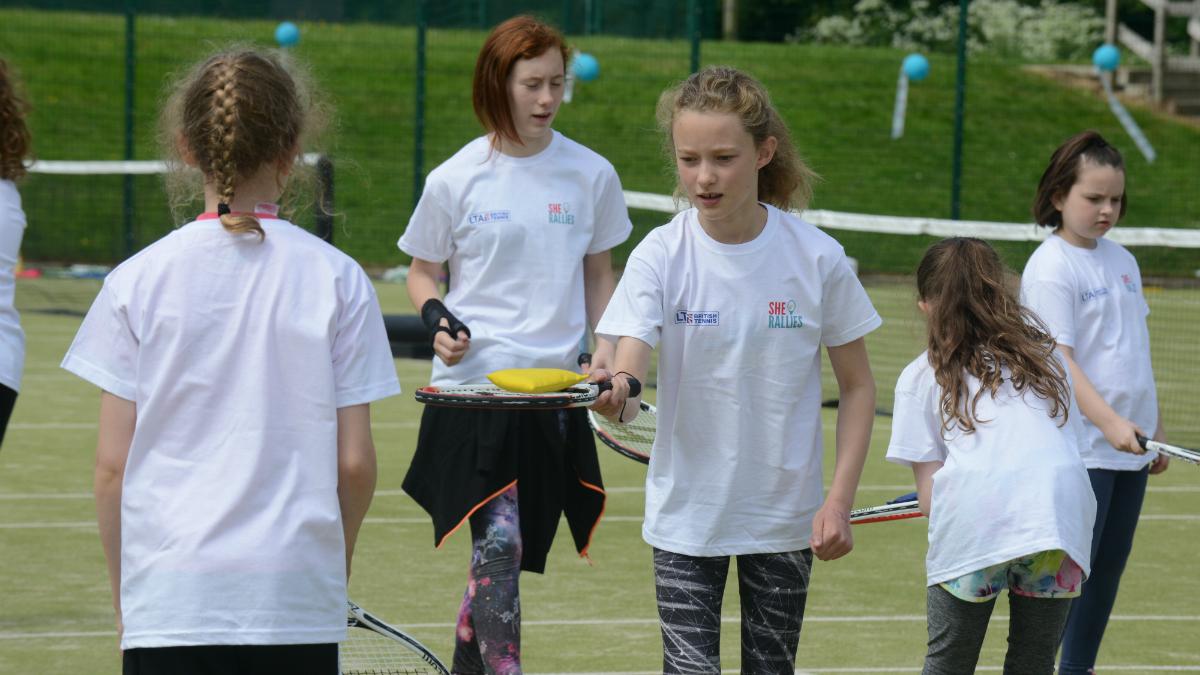 A She Rallies event in Bristol last month saw over 100 teenage girls take part in a range of tennis activities and 60 women trained to become She Rallies activators - volunteers tasked with running community based tennis programmes for girls. Photo: Lawn Tennis Association

‘I’ve got a 13-year-old daughter who plays tennis down at the club but she’s the only girl there.

‘All her friends are trying to give up sport if they can. This campaign is about trying to get girls to remain active and healthy and keeping them doing something productive rather than being where they want to be which is in the shopping mall.’

Ms Lewis, who is a rheumatoid physiotherapist at Bristol’s Southmead hospital, pointed out that compulsory PE in schools finishes at 17.

‘It is at that age that we have an influx of conditions coming in to physio departments.’

Physiotherapists are used to dealing with people musculoskeletal health issues and many people have deconditioning, she added.

‘This is another way of getting people active so they’re working from a preventative angle by doing exercise rather than sitting at home being sedentary,’ Ms Lewis said.

‘Serving (in tennis) increases bone density and is good for cardiovascular health such as heart and diabetes, balance and co-ordination. There’s also wheelchair tennis.’ 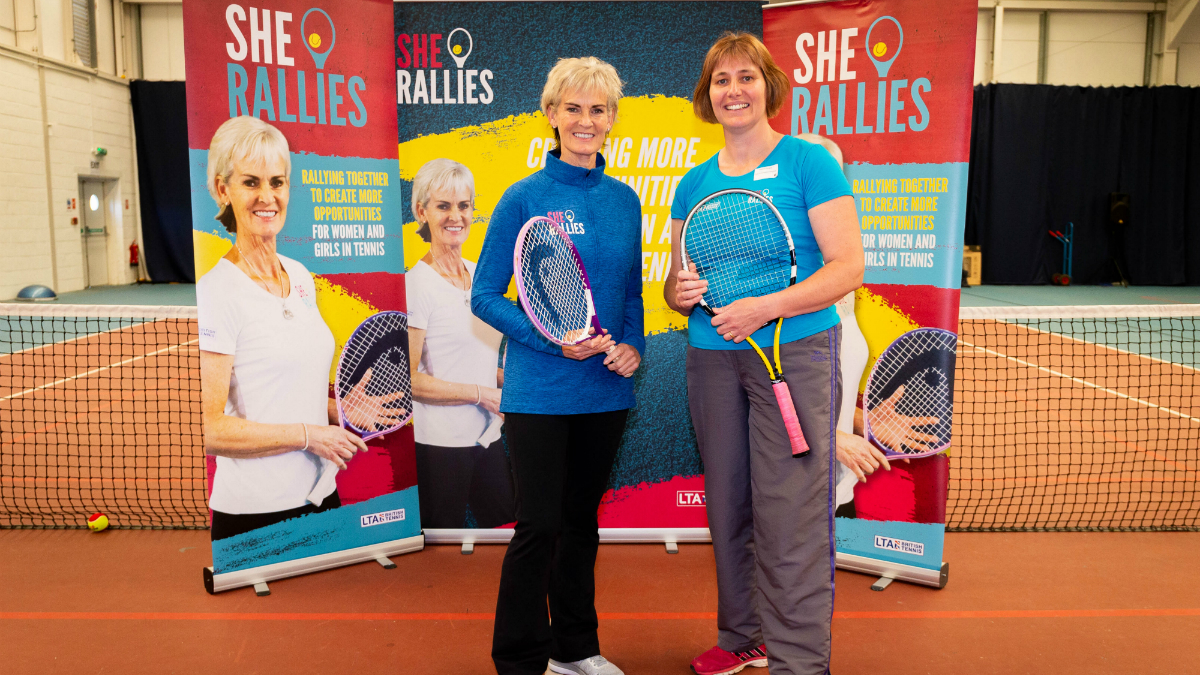 She Rallies founder Judy Murray, mother of British champ Andy, has called on women to become role models in their communities and be part of a nationwide drive to inspire more girls to play tennis. She is pictured with physiotherapist Rachel Lewis (right) in Bristol

Getting more girls in to sport is a passion of Ms Lewis who also volunteers for cricket matches for girls aged 9-13 as part of Sport England’s This Girl Can campaign.

She Rallies events are part of a drive backed by the Lawn Tennis Association (LTA) to recruit 2,500 women from a range of backgrounds to train as ‘activators’ over the next 12 months.

The LTA are looking to double the number of female players over the next five years. The aim is to close the gap between the amount of male and female coaches in the UK by providing a range of mentoring and support programmes for female coaches and those who want to get into coaching.

She Rallies founder Judy Murray said: ‘Having positive female role models as coaches, particularly at community level is absolutely vital to achieving this.

‘We’re calling on women who want to inspire girls in their local communities to pick up a racket and play the game to get in touch. You don’t have to have a background in tennis to be involved, just someone who is passionate about giving girls the opportunity to take part in the game and all the fantastic benefits that can bring – and it’s all free.’ 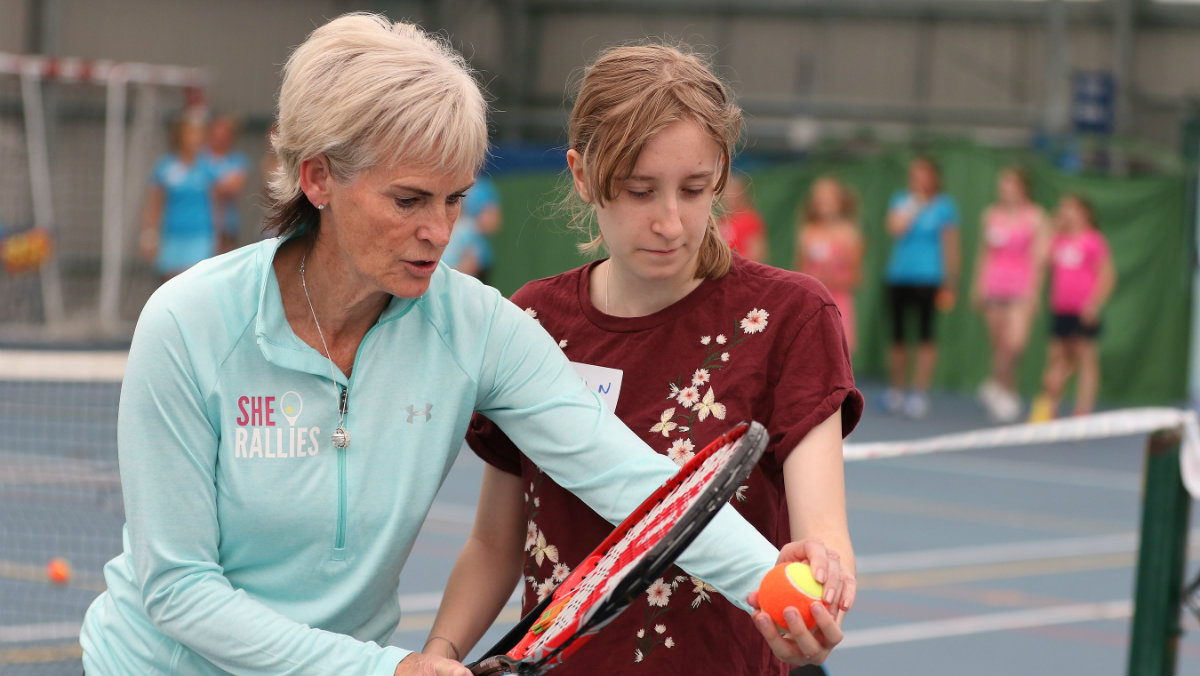 Julie Jones, LTA South West regional participation manager said: ‘She Rallies is a vital part of our strategy to increase the number of female coaches and players.

‘We know that having more female coaches will help encourage more girls to play the sport at all levels and the activators have a key role in helping us achieve this aim.’

The She Rallies activators will learn how to deliver a number of programmes aimed at girls between the ages of 5 to 16. These include Lil Miss-Hits, a tennis starter programme for five and eight year olds, and Teen Girls’ Starter Tennis days, which provides team activities for groups of teenage girls and an introduction to the skills needed to play tennis.

A number of local courses are taking place for women over the age of 18 to train as She Rallies activators. To find out more, or to sign up for a course visit: sherallies.com/get-involved