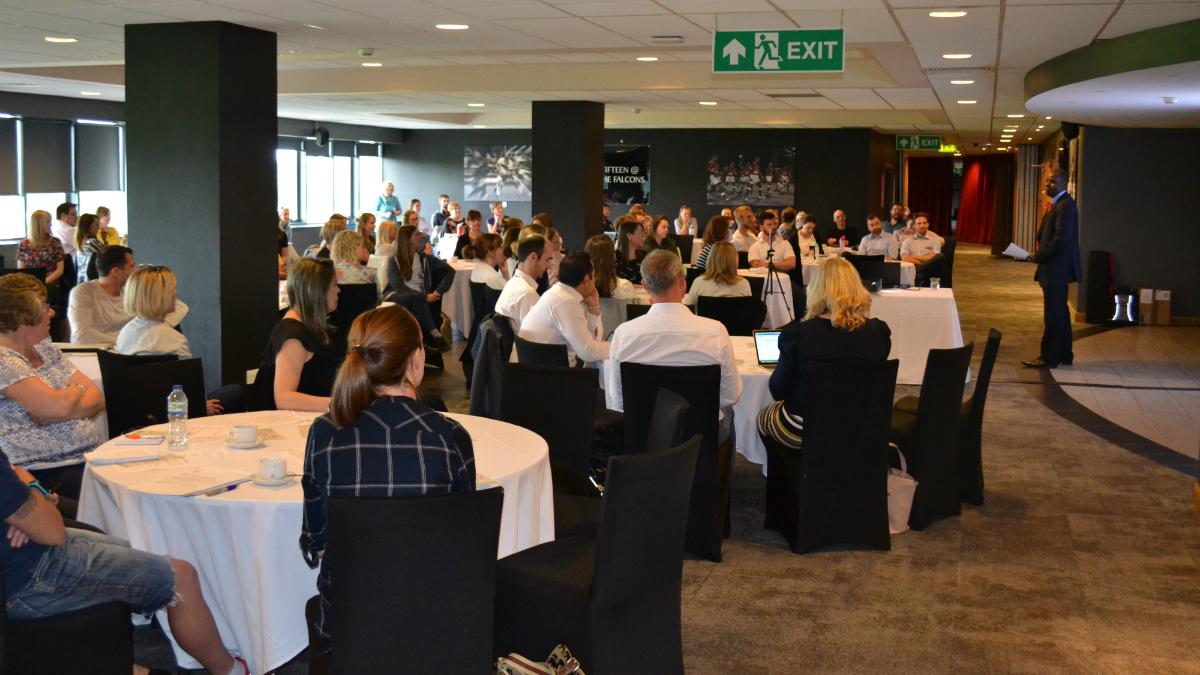 At the CSP North East regional network’s seminar in Newcastle on 16 May Edward Kunonga tells physios they're the best placed to lead on exercise. Photos: Helen Robson

Edward Kunonga, a physiotherapist who is director of public health with Middlesbrough Council and Redcar and Cleveland Council, said physios should be taking the lead in improving the health and wellbeing of people by helping them be more active.

He told 130 delegates on 16 May: ‘If you heard that there is a new drug with no linked side effects which can be used for both treatment and rehabilitation, it would be regarded as a miracle cure. It is called exercise. And who is best placed to lead on this agenda? We are. If we don’t do it, someone else will and we can do it better.’

Inactivity is the new smoking, he said, and he has been working on a physical activity plan for the whole of Middlesbrough, which is one of the 20 per cent most deprived areas in England.

It will be used for prevention, prehabilitation, rehabilitation, early intervention, as treatment and also working with those that plan the environment, with GPs and schools to reach people of all ages.

Kenny Butler, head of health and wellbeing development at UK Active, pictured below, led a session on how physiotherapy can lead the change to embed physical activity into the management of long-term conditions. He said changing behaviour is the key and told delegates they are in a good position to help that change and raise the bar during the inactivity crisis. 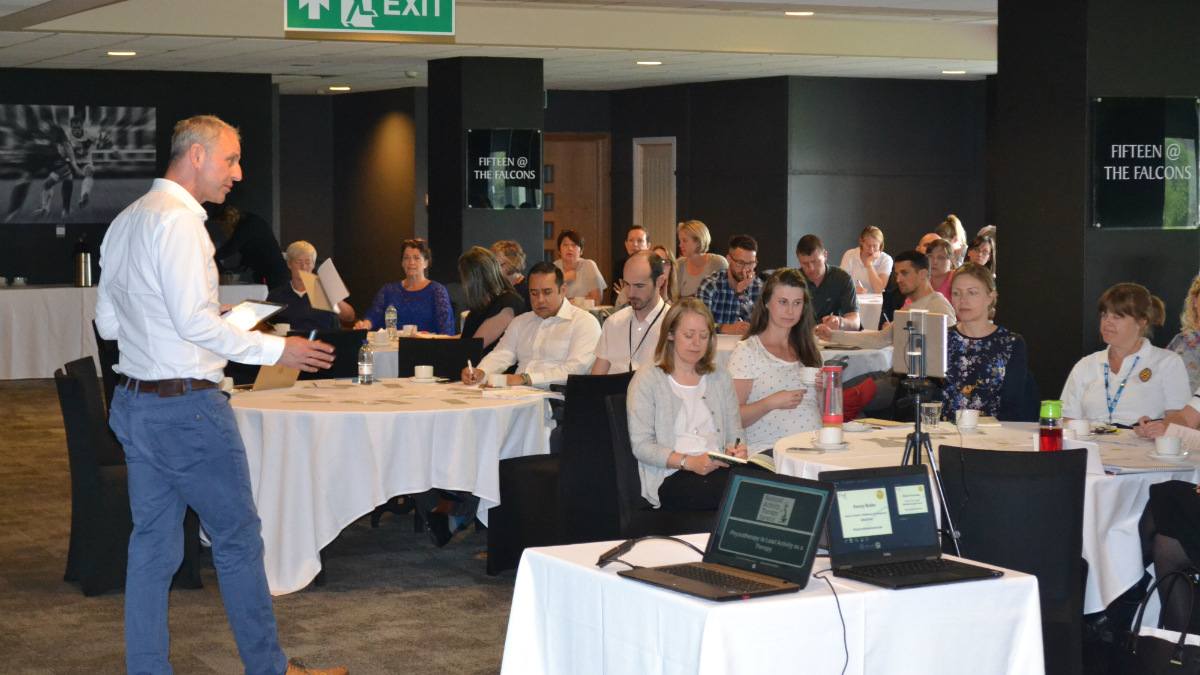 He said there should be a conversation about activity during patient appointments and workplace sessions. He is also pushing for activity information to be printed on the back of prescriptions.

Sean Ledger, teaching fellow in physiotherapy and rehabilitation science at Keele University presented a session on cystic fibrosis and exercise interventions. While working with children with CF at Great Ormond Street hospital, with a focus on maintaining lung function, he discovered through a survey that the children hated physios, so he wore a tracksuit in a disguise as a personal trainer. Their biggest motivation was to ‘feel normal’. In a study with 16 of the sickest patients, a year of exercise improved fitness by varying degrees.

Sarah Moore of Newcastle University is studying exercise following stroke. She assessed physical activity and sedentary behaviour after stroke using a portable multi sensor, as there was a gap in the evidence. Her aim is to change the long-term policy for stroke and ensure everyone can access a physical activity programme.

Rebecca Shea, who recently featured in Frontline, spoke about her pool-based pulmonary rehab service in South Tees. She ran a pilot programme using exercises and weights and had a 100 per cent turn out. She now has three groups running and patient satisfaction scores highly, as do the fitness outcomes. She plans to extend this work to other trusts and the private sector.

And Rob Tyer of Connect Health gave tips on strength and musculoskeletal conditioning. He advised finding out what the person wants to achieve and identify their goals, adding that you can have the best rehab programme in the world, but it doesn’t work unless you can get the person to adhere.

The sessions were held as the CSP’s Love activity, hate exercise? campaign is launched with the aim of enabling physios to get patients and the public more active. Catherine Chappell, the CSP’s campaigns and regional engagement officer urged everyone to sign up online at www.csp.org.uk/activity

The network is hosting another full-day event based around evidence in practice on 14 November.