Knowledge of the world of popular music – or rather the lack of it – let physiotherapists down when they battled with some of the world’s top general knowledge brains on the TV quiz Eggheads. 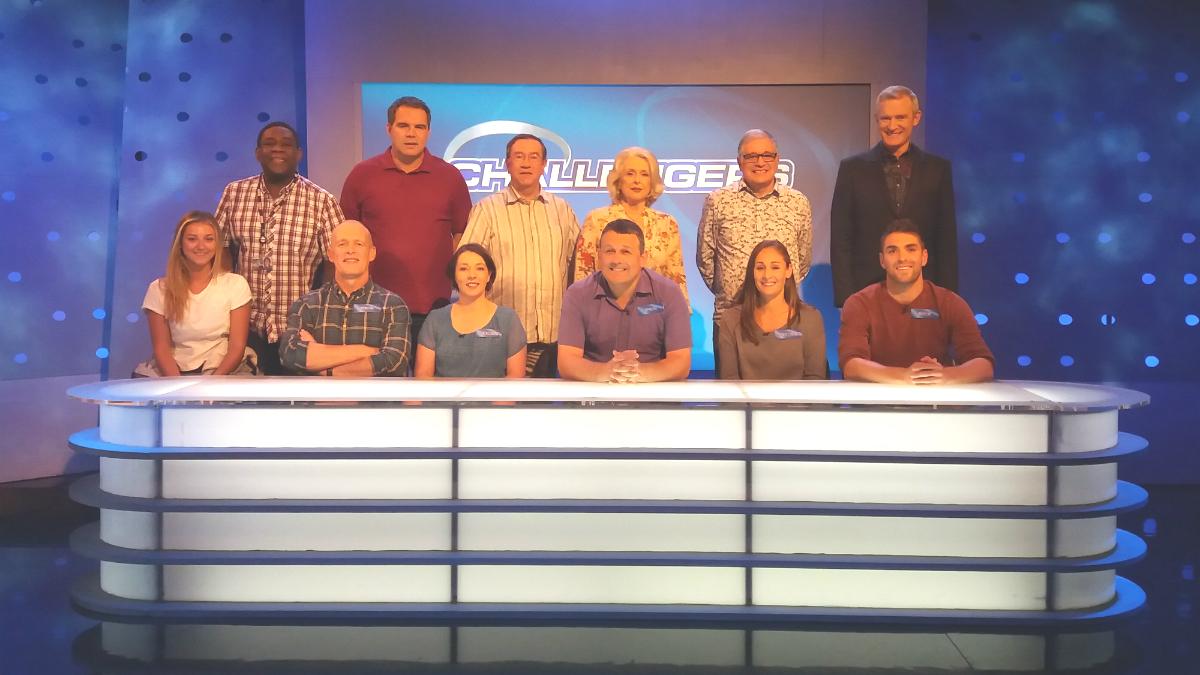 Skeleton Staff, aka physios from County Durham and Darlington Foundation Trust (seated), with the Eggheads, and host Jeremy Vine (right)

‘I don’t think we disgraced ourselves. We didn’t win and I think it was our lack of knowledge of girl bands that did for us. We were asked which band Leigh-Anne Pinnock sings with,’ team captain Paul Sewell, told Frontline

‘All in all it was great. The episode was made in July in Glasgow. We stayed overnight and filmed on a Sunday. The Eggheads were awesome – Kevin Ashman is the reigning World Quizzing Champion – they were all really nice. Jeremy Vine spoke very fondly of Durham as he went to university here and says he loves coming back.’

‘We used to watch Bargain Hunt years ago when there was a TV in the staff room and we applied to go on and made £63 for charity. And on Pointless we won but were three points short of the jackpot,’ Mr Sewell explained.

Sadly the fall of questions on Eggheads meant the team could not call on any professional knowledge. ‘There wasn’t a single question relating to human anatomy,’ said Mr Sewell.

But he added that the Skeleton Staff now know all about Leigh-Anne Pinnock. ‘My daughter told me she sings with Little Mix.’

Eggheads series 20 episode 4 is available on the BBC iPlayer until April 30.