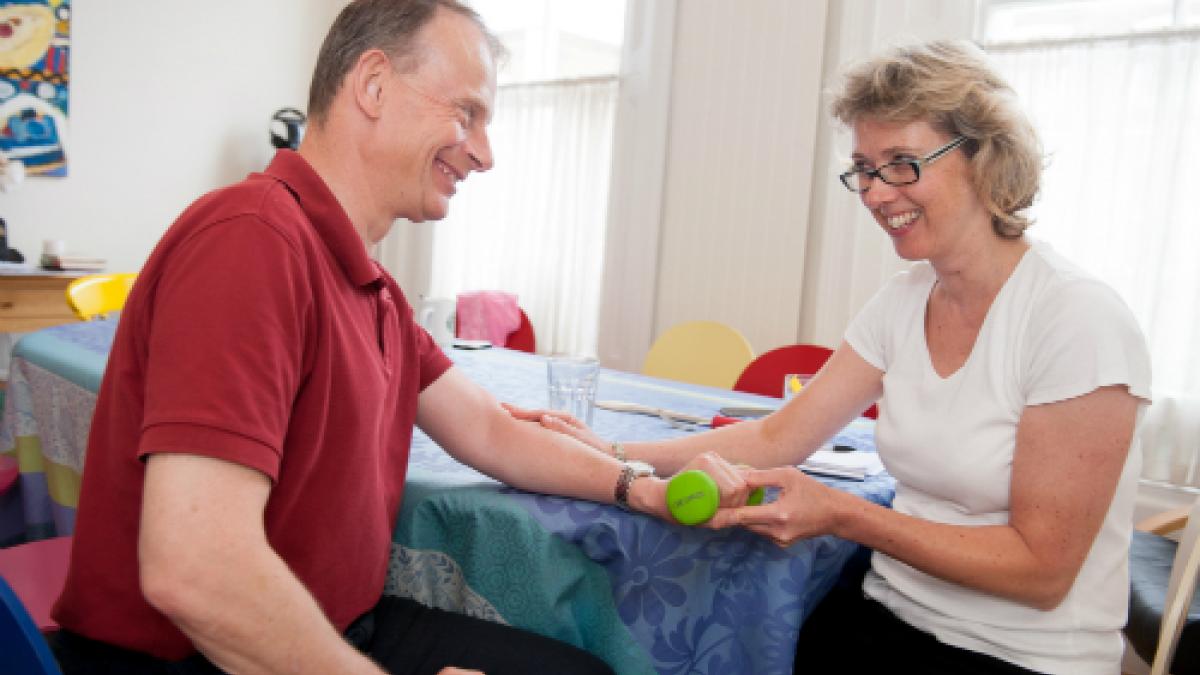 Ms Tuckey, who works at North London Neuro Physio, has provided rehabilitation to Mr Marr since 2013.

She appeared in the BB2 programme My Brain and Me, along with other physiotherapists from Charing Cross Hospital who treated him after his stroke four years ago.

Although physiotherapy was not the focus of the film, Ms Tuckey said it did offer‘a good insight into what stroke is and how it affects people’s lives’.

She told Frontline: ‘Importantly, Andrew made the point that after leaving hospital, aside from private input, further support for stroke survivors is limited.

‘And it highlighted that people's neurological recovery stops at some point and asked what, if anything, can then be done.’

The film followed Mr Marr’s recovery over the last year and showed him exploring newly-developed stroke treatments. This included a trip to Florida for spinal injections of etanercept, an anti-inflammatory drug designed to treat arthritis.

Ms Tuckey said the American Academy of Neurology described the current research into etanercept as having 'a high degree of bias'.

‘They state there is insufficient evidence for its use in post-stroke disability, and that it may be associated with adverse outcomes and high cost,’ she said.

‘So I was very sceptical. However, Andrew quite clearly demonstrated some voluntary dorsiflexion of his affected ankle post-etanercept, which I had never witnessed in my previous three years of working with him.

‘Nevertheless, it is essential that some credible research is carried out if it is ever to become an accepted and prescribed treatment.’

Andrew Marr: My Brain and Me is available to view on BBC iPlayer until 16 March.