ARC 2018: CSP bucks the trend by growing its membership

TUC deputy general secretary Paul Nowak praised the CSP and its workplace representatives for recruiting such a high proportion of the physiotherapy workforce to its membership. 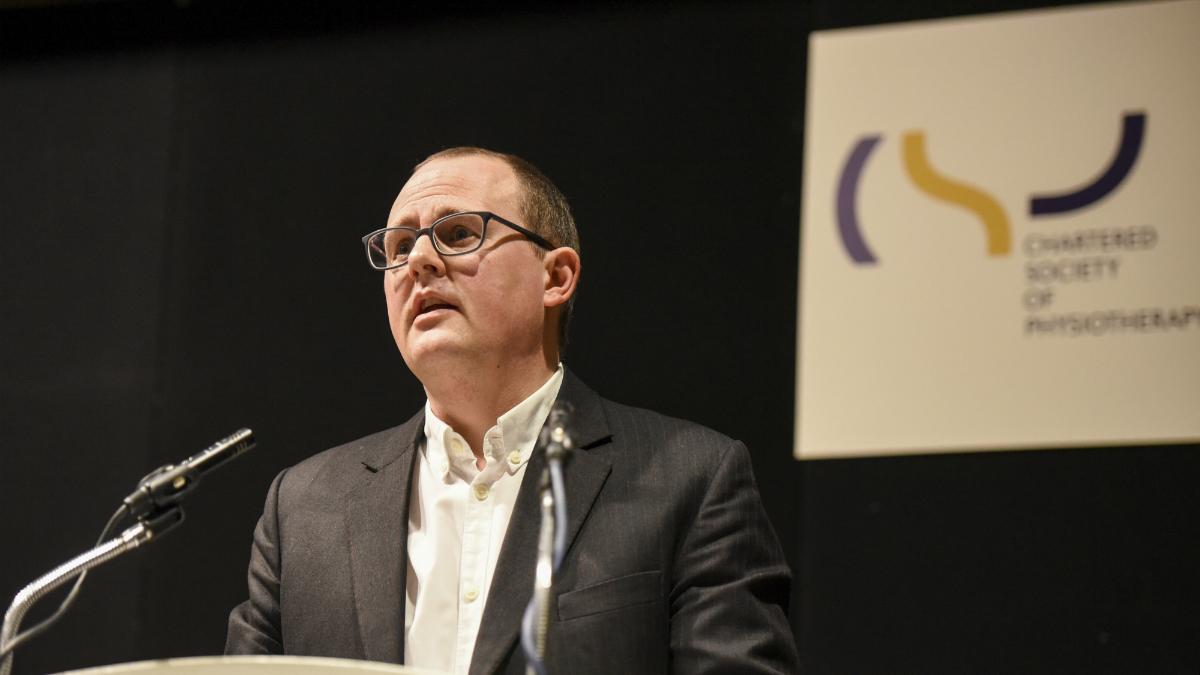 In his speech to the CSP’s annual representative conference in Manchester on 5 March he said that while trade union membership overall was declining, the CSP was a growing organisation.

‘The fact that you represent about 90 per cent of your profession, I think reflects the brilliant work that is done by your leadership team and by each and every one of you,’ he told delegates.

‘Unions are built on people giving up their own time to stand up alongside the people at work. And that work has probably never been more important than it is right now when your members, and working people generally, face such a huge range of formidable challenges.’

The TUC has 48 affiliated unions which represent 5.6 million people. But, as Mr Nowak said, only one in two public sector workers is a union member. In the private sector, 85 per cent of workers are not in a union.

He spoke about rising inequality and insecurity at work, the NHS pay cap and cuts to public services.

Mr Nowak said the TUC faced a significant challenge in recruiting young people, many of whom have no experience or knowledge of how trade unions have fought for better terms and conditions, nor of how a collective voice in the workplace can enable people to stand up to their bosses.

‘It is incredibly hard to win a decent deal for public sector workers, with decent pay rises, to protect pensions and secure investment in our public services when 15 out of 16 young workers in the private sector aren’t members of a union.’

In June the TUC is launching an initiative to pilot new ways of reaching out to young workers. Mr Nowak said 2018 was the TUC’s 150th anniversary and that it had reached a crossroad. In one direction was more of the same, with membership gradually declining, but in the other was the potential for a growing and more diverse organisation.

‘I am optimistic that we can do it … we can re-energise with new blood, new ideas and new purpose and give people hope for their future.’