Salford Royal NHS Trust has given its occupational health physiotherapy team an award for contributing to outstanding care. 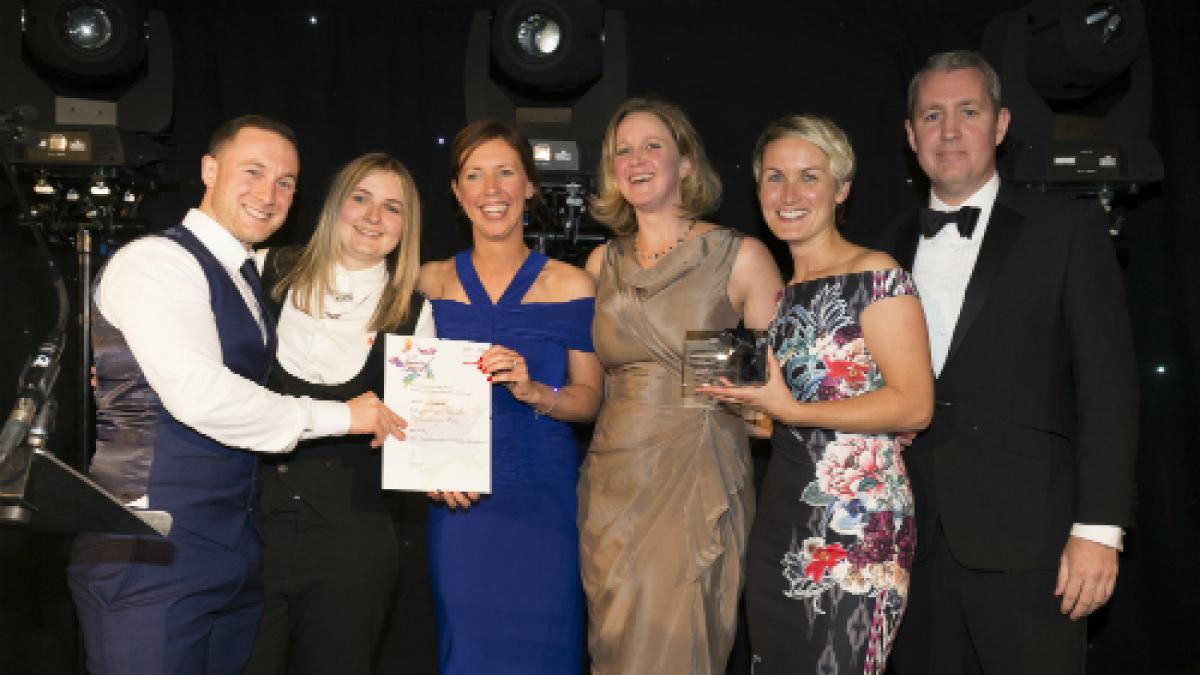 As well as providing staff with rapid access to assessment and treatment for musculoskeletal (MSK) problems, the team also offers a telephone triage service.

‘We are proud of the team and put a lot of hard work in over the last year, so it was great to be recognised for that,’ said Lynne Grainger, lead specialist occupational health physiotherapist.

When the team was established about 10 years ago, there was just one physiotherapist. Now there are five (three whole-time equivalents).

Ms Grainger said the team had expanded as the trust’s staffing complement had grown by at least 1,000 since 2012. It was now responsible for delivering social care in Salford, she said, and wanted staff to be referred as early as possible to prevent long-term problems.

While Ms Grainger acknowledged that some MSK conditions resolve without treatment, the team wanted to offer information to staff to prevent any recurrence.

Team members take turns to run the telephone triage service, which opens for an hour a day. The aim is to provide immediate advice.

‘We screen patients for “red flags” before giving any advice,’ said Ms Grainger. ‘And we can email them exercises or talk about workplace adjustments.

Figures from the Health and Safety Executive for 2016 show that work-related MSK disorders accounted for 34 per cent of all working days lost due to work-related ill health in England, Scotland and Wales combined.

The award was presented by trust chief officer James Sumner at a ceremony on 6 October.

A stroke rehab physio was also recognised at the ceremony, after being nominated for a Patient Star award by members of the public.

Maria O'Dowd shared the award with Jonathon Beard, an occupational therapist in stroke rehab. They were praised for the ‘great compassion and patience’ they both demonstrated while helping a patient recover from stroke.

The patient’s family said in their nomination: ‘They took the time to get to know the person behind the illness, supporting him both emotionally and physically even at his lowest points.

‘They are an absolute credit to their profession and as a family we cannot thank them enough for helping him regain some of his independence.’