After four years of physiotherapy Ann Rowe, a previously wheelchair-bound care home resident, has taken part in her first 5km race at the age of 87. 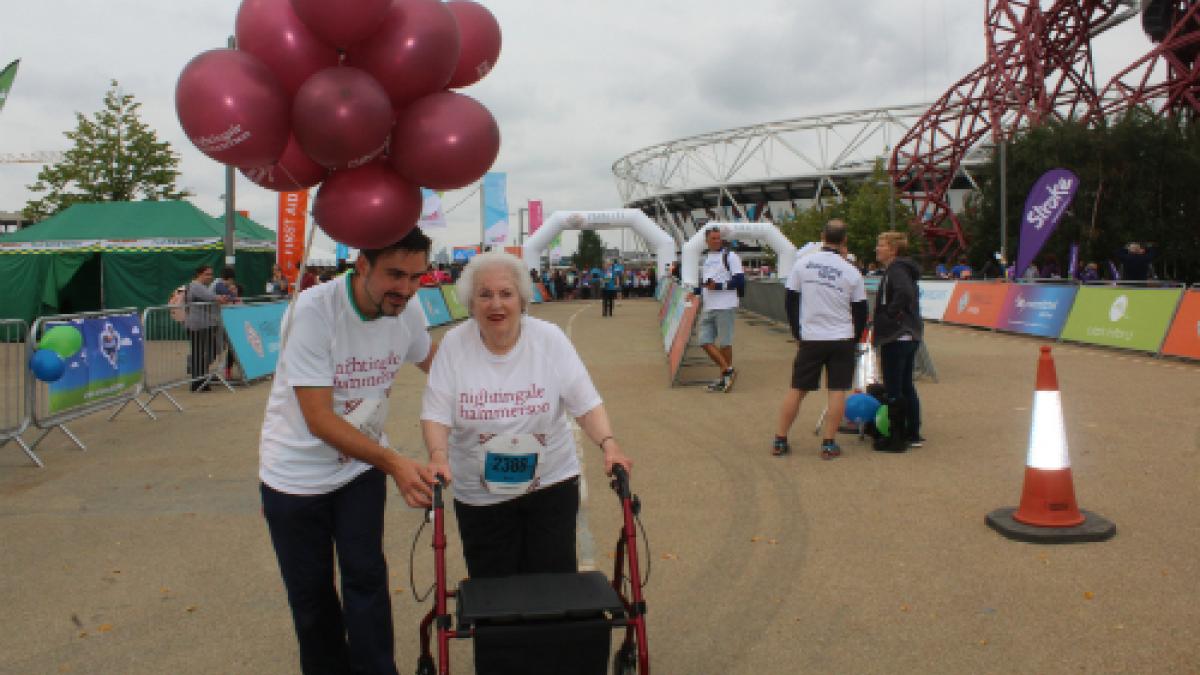 When Ms Rowe moved into Nightingale House, a residential care home in south west London run by charity Nightingale Hammerson, she was dependent on manual hoisting equipment to move around.

Since then, through weekly sessions with Nightingale’s physiotherapist Michael Stokes, she has progressed to walking short distances unaided and recently spent a weekend away from home on her own. ‘Ann is an example of someone who has built up a lot of confidence through physiotherapy,’ said Mr Stokes.

‘It is unusual for people with multiple conditions, such as Ms Rowe, to move in the opposite direction with their mobility, but she was well-motivated to regain her independence. She proves there is still a chance for people to regain lost skills,’ he added.

Ms Rowe took part in Parallel London’s 5km track event on 3 September, held at the Queen Elizabeth London Olympic Park. She completed the course with a mix of walking and back-up wheel chair assistance from her physiotherapist.

Watch as Ann Rowe crosses the finish line with the help of her physiotherapist Michael Stokes.

‘The atmosphere at the Queen Elizabeth Olympic Park was both welcoming and encouraging,’ she told Frontline.

‘And I would consider entering this event again next year with the same assistance I have had this year.

So far, Ms Rowe has raised more than £7,500 for Nightingale Hammerson and she hopes her efforts will inspire others.

‘My target remains at £10,000 which I fervently pray will be donated by other supporters and is my way of saying thank you to Nightingale Hammerson.’