The annual meeting of the CSP’s diversity networks heard that claims for disability discrimination in the UK have fallen by 60 per cent over the past five years. 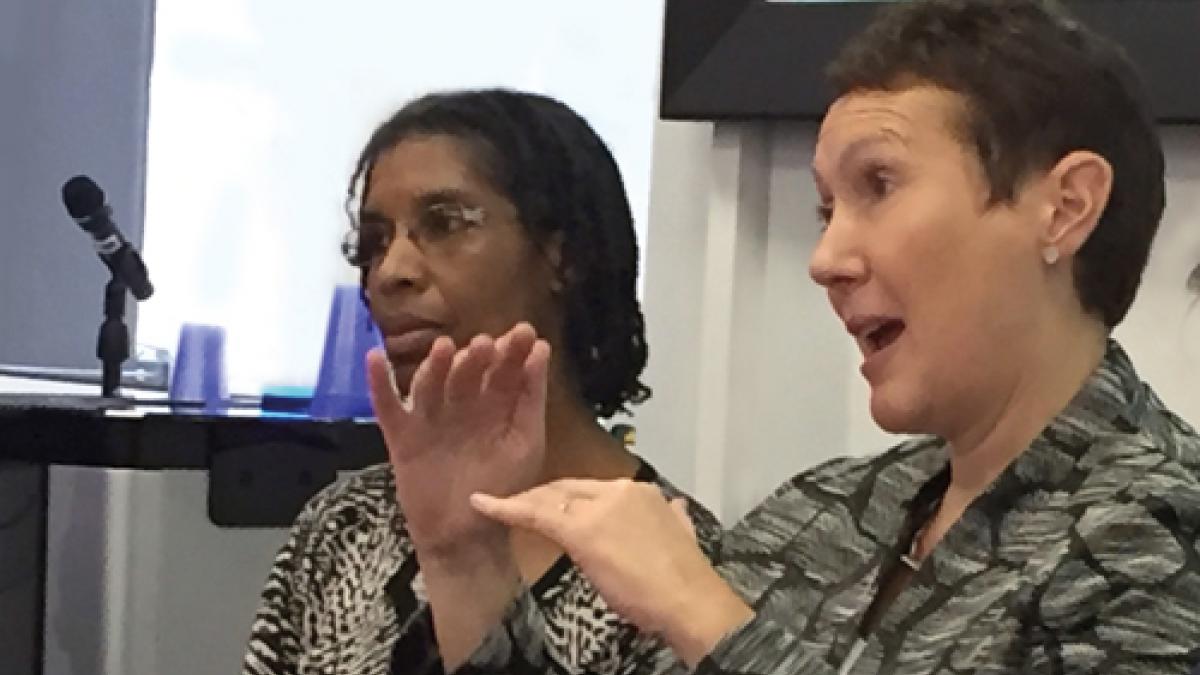 Speaking about her area of work, personal injury claims, she said the cost of bringing a serious injury case to court had increased 600 per cent to £10,000.

‘The system is skewed against seriously disabled people,’ said Ms Wetton. ‘This ongoing inherent inequality, greatly exacerbated by the Conservative-Liberal Democrat government, and now getting depressingly worse, is the immediate challenge for equality.’

Delegates considered progress on equality issues in the last 20 years and challenges for the future.

Jane Farrell, chief executive of Equality Works, a company which provides diversity and leadership training to organisations including the CSP, said physiotherapists have a professional responsibility for promoting diversity and equality.

‘But to effect change we have to find a positive narrative… we have to say “here is the situation and here are some solutions”,’ she said.

Physiotherapist Rachael Machin opened the event by saying she was proud of the work of the CSP’s diversity networks, but warned: ‘We must remember that our hard won rights can be lost.

‘The present government, and the coalition government before, have referred to principal equality legislation as “red tape”. There is a story to be told about how we, our patients, our clients and our families are worse off due to this.’

The closure of law centres and other organisations that supported employment rights meant that the trade union movement was ‘really all we have left as a tool for organising and mobilising’, according to Ms Wetton.

Referring to the government’s attack on the trade union movement through its trade union bill, she said the legislation will stop unions raising legitimate concerns about service cuts and the safety of the public.

She called on CSP members to ‘fight back’ by continuing to organise with other groups and coalitions, and urged them to join a TUC lobby of parliament on 2 November to protect the right to strike.