Pre-race illness and injury combined to dash respiratory physiotherapist Anna Boniface's hopes of glory as part of the England team in the Toronto Marathon. 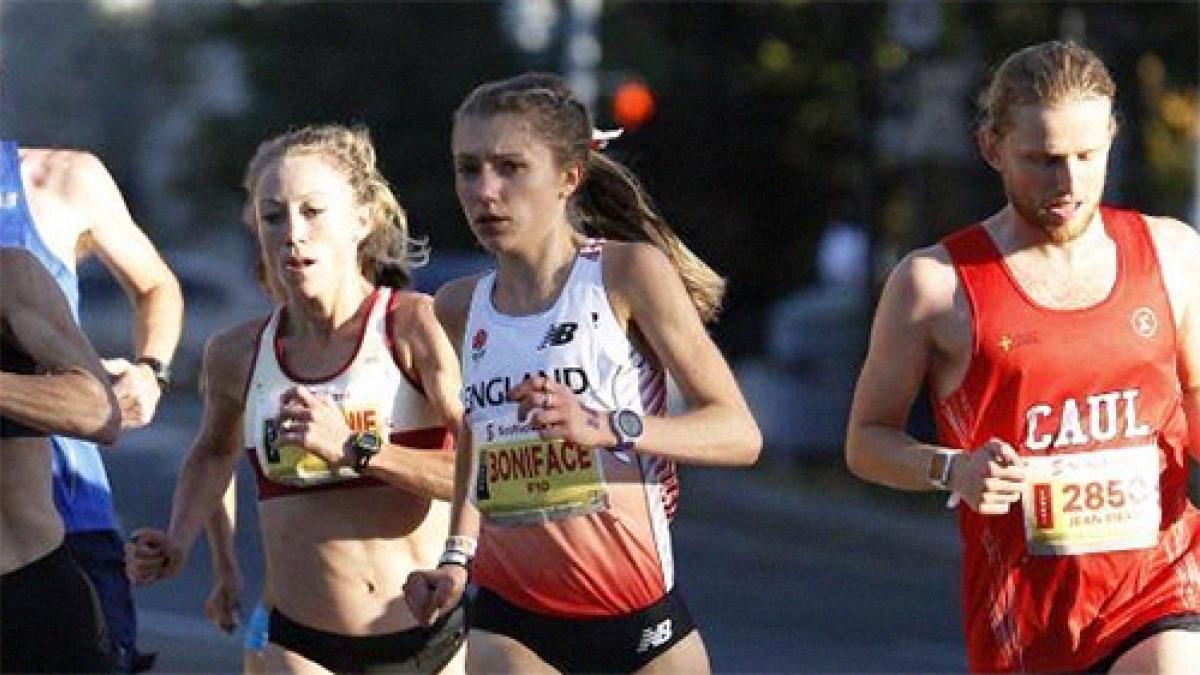 Anna Boniface (centre) running in Toronto: the event had been 'the most incredible experience'

Ms Boniface, who works in the community rehab team at St Mary's Hospital in Paddington, west London, had high hopes for the race after becoming the first 'non-elite' woman runner to finish the London Marathon in April.

However, speaking from Toronto, she said a leg injury forced her to pull-up less than halfway around the course.

'Most unfortunately (the) race did not go to plan. It was a real battle to make the start line with recurrent illnesses and niggling injuries. I managed to get a good final three-week block of training in and get quite fit, but early on in the week, I picked up an injury.

'I started the race with the pacing group and felt very comfortable with the pace; however, my left lower leg was causing me a lot of pain. By 16.5k after responding to a group surge in pace my left leg gave in and I was unable to walk. I was taken to hospital and put in an air cast boot.'

Ms Boniface said the conditions on race day were hot, however, she said her hydration strategy was very good. 'I was in a great pace group with a lot of the Canadian athletes, so I'm disappointed to have missed out on would could have been a solid performance.'

In spite of recording a DNF (did not finish), she said the event had been 'the most incredible experience'.

'I have built some great relationships in the running community and learnt a lot. I've made some great friends from Canada and Kenya who I hope to race alongside in the future. As for my next race, I will be targeting the London Marathon in the spring. In the meantime, I will need to stay positive through this injury.'

Now she is back in the UK Ms Boniface will be having a scan to diagnose the cause of her injury.

'I will be going back to work at St Mary's, although I'm not sure they will let me with this boot on.'