Health professionals should consider referring adults in the early stages of Parkinson’s to physiotherapists for an assessment, education and advice. 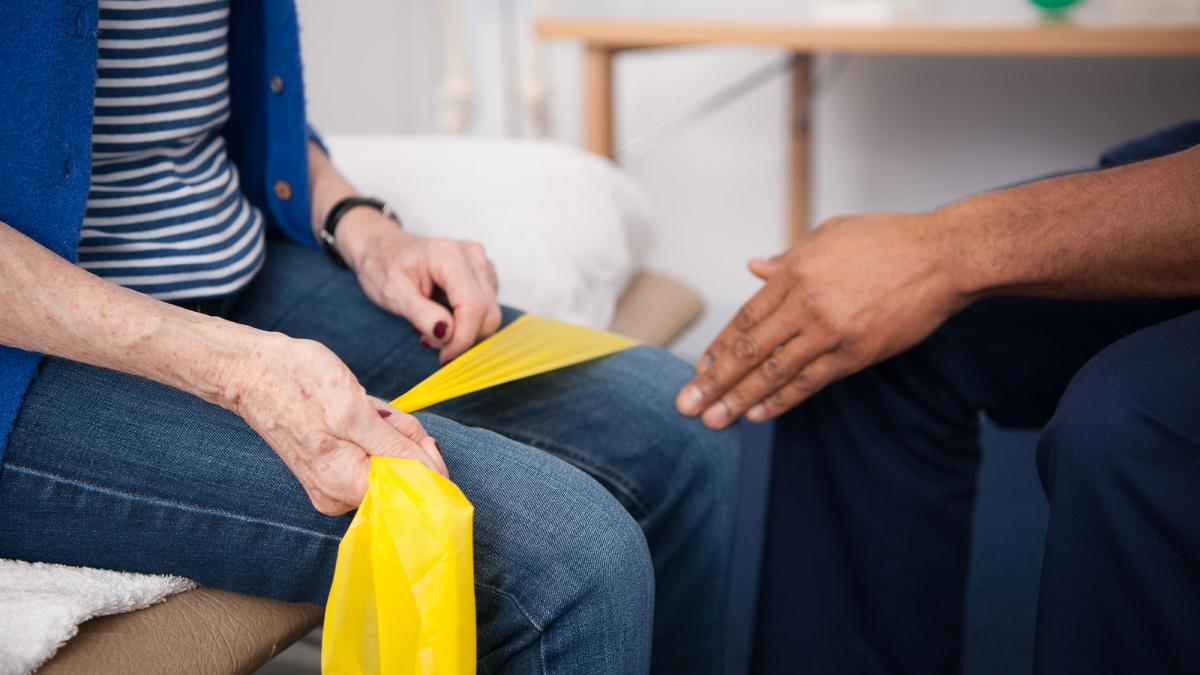 NICE recommends the best standard of physiotherapy for Parkinson’s

This is according to an updated guideline from the National Institute for Health and Care Excellence (NICE).

Published on 19 July, the long-awaited document updates a 2006 version and says referrals should be made to physiotherapists with experience in Parkinson’s.

Crucially, physiotherapists should provide information about exercise when offering advice to people in the early stages of the condition, NICE states.

More generally, the guideline recommends that people are offered Parkinson’s disease-specific physiotherapy if they experience balance or motor function problems.

Fiona Lindop, a specialist physiotherapist at Derby Teaching Hospitals NHS Trust, was the only member of the profession on the committee that reviewed the 2006 guidance for more than two years.

Commenting on the update she said: ‘It’s important because if we can assess people early on and identify potential problems, we can improve their quality of life and deal with issues before they become established.’

Research into benefits of physiotherapy

Physiotherapy features in the NICE recommendations for research. It proposes an investigation into whether physiotherapy, started early in the course of Parkinson’s – rather than after the onset of motor symptoms – is beneficial.

NICE says there is no substantial evidence to support the use of physiotherapy at an early stage to stop motor symptoms becoming severe. This is because most trials have involved people who have already developed motor symptoms.

Ms Lindop acknowledged the current lack of evidence, but said it was ‘very exciting’ that NICE had highlighted research into physiotherapy. She added: ‘There are recommendations in the document to help organisations implement the guidance, which is particularly welcome.’

The updated guideline was received positively by Bhanu Ramaswamy, a national project officer for Parkinson’s to ACPIN and Agile, the CSP professional networks for physiotherapists with an interest in neurology and older people, respectively

She welcomed the greater emphasis on the right of individuals affected by Parkinson’s to be involved in discussions and make informed decisions about their care.

Dr Ramaswamy also welcomed the recommendation that physiotherapists should have experience in Parkinson’s, saying this would enable the best standards of physiotherapy intervention to be provided.

‘This ties in with the educational and guideline elements under review through the working groups of the Parkinson’s Excellence Network,’ she said.

With help from other European region member organisations, ParkinsonNet and the Royal Dutch Society for Physical Therapy have developed European physiotherapy guidelines for Parkinson's Disease . The copyright statement concerning its use can be downloaded as a PDF using the document link immediately below.