A multidisciplinary service in Teesside for people with Parkinson’s has won a national award, which specialist physio Claire Ward described as ‘amazing’. 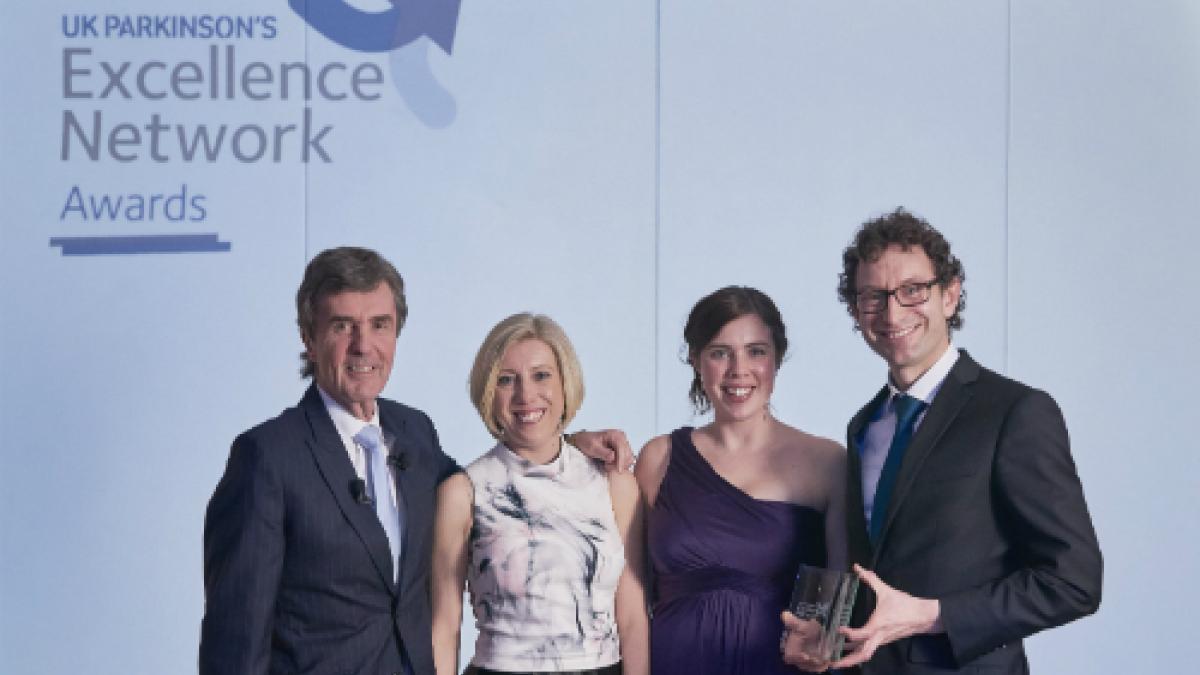 Ms Ward is a team member at the Parkinson’s Advanced Symptom Unit and was at a ceremony on 3 March to receive the award for the unit’s ‘outstanding’ services.

The UK Parkinson’s Excellence Awards ceremony was the first of its kind and designed to recognise and celebrate exceptional services that make a difference to people in affected by Parkinson's.

The Parkinson’s Advanced Symptom Unit is a collaboration between South Tees NHS Trust and Tees Esk and Wear Mental Health Trust. It aims to provide holistic support for people with Parkinson’s and their carers.

In a statement they said it had achieved ‘tremendous success’ in ‘improving the quality of life for patients and reducing strain on their carers’.

Ms Ward, who joined the unit in November 2016, said it began as a pilot in 2015 and has continued, with funding from South Tees clinical commissioning group (CCG). Patients are referred by a range of organisations, mainly the CCG and South Tees NHS Trust.

‘The unit’s multidisciplinary team has time to discuss and manage the complex problems that these patients have, which isn’t always the case in a general clinic,’ she said.

‘And we can follow them up at home and deal with crisis situations before they are passed on to other teams, and prevent hospital admissions too.’

She added that the service also provides education to other therapists and care staff who work with people with Parkinson’s.

Janet Duffy, the unit’s therapy assistant, has been instrumental in setting up a boot camp. She said it began six months ago in a Middlesbrough sports centre, and uses a workout designed by a specialist physiotherapist for people with Parkinson’s.

In December 2015, just months after the unit was set up, she helped to set up a choir. ‘This is for people with more advance symptoms of the condition and aimed at preventing social isolation,’ she said.

Physiotherapy staff are also part of other services which were ‘highly commended’ at the event. They are the Parkinson’s service at Derby Teaching Hospitals NHS Trust and the Coventry and Warwickshire Regional Parkinson’s Service.