Physiotherapists were among the winning teams at this year’s Health Service Journal (HSJ) Value in Healthcare Awards, which celebrates outstanding efficiency and improvement in the NHS. 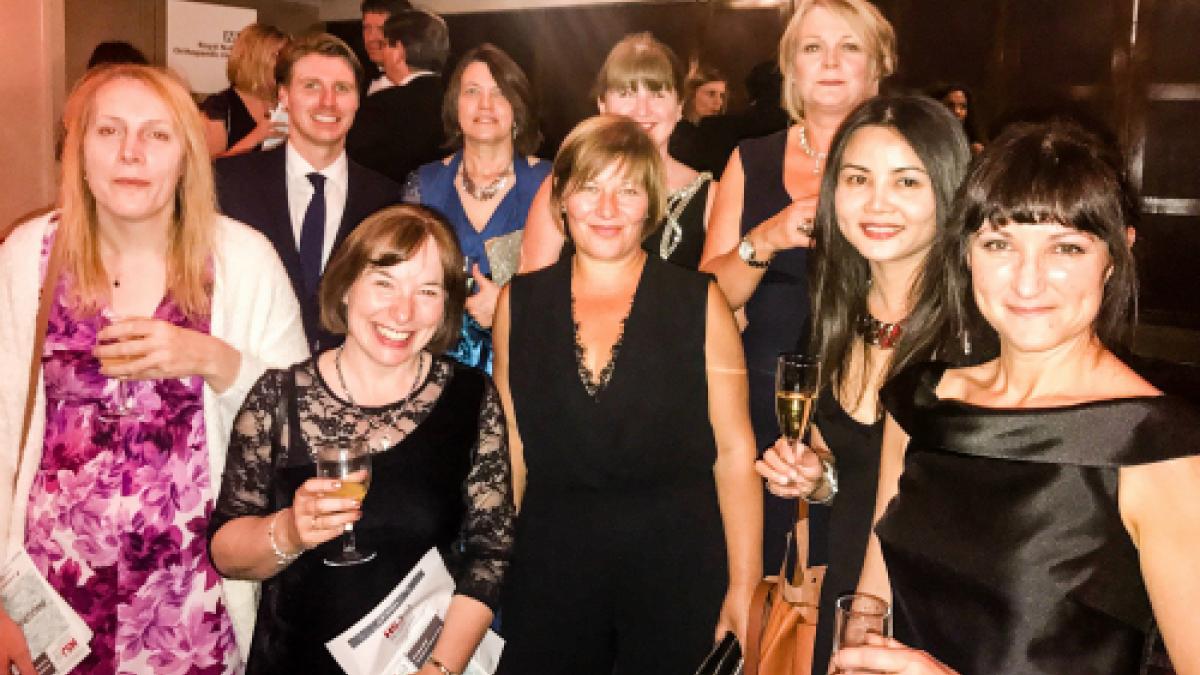 The winners were announced at a ceremony in London on 25 May. They included a physio-led team from Leicester, which won in the training and development category of the awards.

The team are using artificial intelligence algorithms to generate course recommendations for diabetes training, and to monitor response rates and the training needs of thousands of healthcare professionals.

EDEN lead Laura Willcocks, a physiotherapists and senior research associate at Leicester Diabetes Centre, told Frontline: ‘We’re proud to be at the forefront of technology, driving new ways of working with data and performance analytics to show success.

‘Enhancing the skill levels of healthcare professional staff appropriately will lead to positive and improved outcomes for patients.

‘And my role shows how skills from physiotherapy practice can transfer across into a variety of leadership and management roles, including this one in education research and innovation.’

Meanwhile, another physio-led team from NHS England were named the winners in the pharmacy and medicines optimisation category of the awards.

The team were recognised for their work to standardise chemotherapy drug doses across England, through the implementation of a standardised approach to dose banding.

Jill Lockhart, the teams improving value manager, has a background as a physiotherapist and an improvement methodology specialist.

She told Frontline: ‘This piece of work didn’t involve physiotherapists, it involved pharmacists, but the training and experience I have as a physio – and the qualifications I subsequently gained around understanding improved methodology –  provided the skills that enabled me to take on this job and do the work I’ve done.

‘Just because you are a physio doesn’t mean you can’t do things for other professions, or be a leader in a role that allows you to use your learning and knowledge for your colleagues in other parts of the system.’

NHS England’s ongoing project has already developed and agreed standardised dosing tables for 19 chemotherapy drugs and agreed implementation of this through a national CQUIN scheme agreed with 88 hospital trusts.

Judges at the awards ceremony described the initiative as ‘a great project that has demonstrated very significant costs reductions whilst dramatically improving patient safety and patient experience’.

Ms Lockhart added: ‘Part of my role is making sure all the different strands of the project keep working. I have to think ahead about where the next risk or problem might come from and try to get us ready in advance so that they don’t have an adverse effect.

‘And I scoop up all the learning as we go along and think about different ways of sharing that learning for different audiences.’

The physios are part of the trust’s Locomotor service, which serves the population of Hackney and the City of London, and triumphed in the improving the value of diagnostics category of the awards.

The judges praised the project and said it had ‘clearly articulated value and process that could be replicated’.