Physiotherapists were among the winners and finalists at the Advancing Healthcare Awards Northern Ireland 2017, held in Belfast on 18 October. 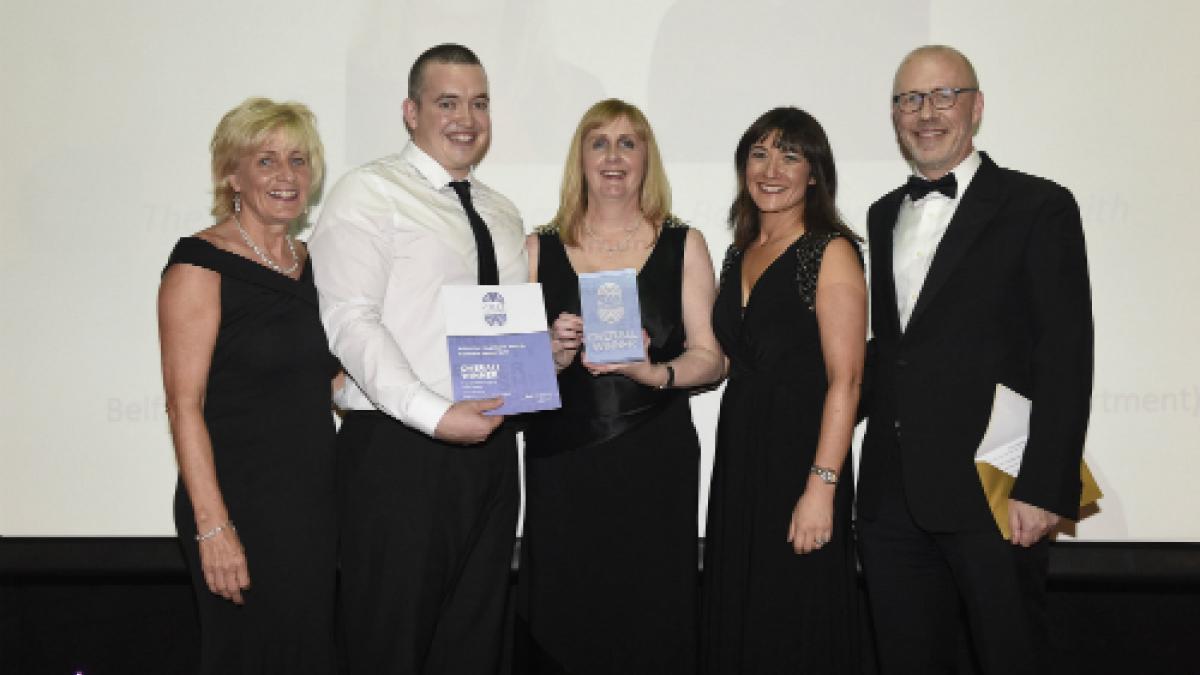 A pilot community physiotherapy programme, which treated people with chronic pain who were affected by Northern Ireland’s past conflict, scooped the overall winner award, as well as triumphing in the Innovation and Creativity category.

The nine-month programme, which ended in April this year, allowed individuals with persistent pain, who were physically or psychologically affected by the conflict, to self-refer to the service or be referred by friends, family or health professionals.

Mr McMonagle told Frontline: ‘We were delighted to see the project recognised, especially considering the quality of all the other finalists.

‘We are hoping we can get funding to make the programme a permanent and regional service, because it is much needed.

‘Before us there was a huge amount of work going on by physiotherapists within the community both at the Mater Hospital and the trauma team at the Everton centre, which are part of Belfast Trust, and this award is also a recognition of their hard work over many years. As well as the work of pioneering physiotherapists like Ann Duffy and Margaret Ryan, who have acted as mentors and role models for me.’

The judges said the project showed that ‘world class quality care does not need to be complex’.

They won the award for their pre-hab service for prostate cancer patients, which the judges praised as the first of its kind in the UK.

During the 18-month pilot the physios developed a referral pathway, a pre-hab screening and education service and an intensive therapy clinic, which helped patients with prostate cancer to achieve lower post-operative incontinence scores and gain a better quality of life.

Physiotherapists were also finalists for the Department of Health Northern Ireland award for transforming the workforce.

And Belfast Health and Social Care Trust’s clinical specialist physiotherapists for orthopaedic spine, Gillian Graham and Eilish Simpson, were shortlisted for their work in redesigning the regional spinal orthopaedic service in Northern Ireland.

Three other physiotherapists were also finalists in the innovation and creativity category.

And clinical research fellow Katherine O’Neill and Judy Bradley, professor in physiotherapy at Queen’s University Belfast, were praised for their use of innovative technology to assess respiratory health.

Meanwhile, a direct access physiotherapy service was a runner up in the Building Capacity in Communities and Prevention category.