Physios take the limelight in the London Marathon

A huge team of physios treated thousands of runners and wheelchair users who competed in the London Marathon on 23 April. 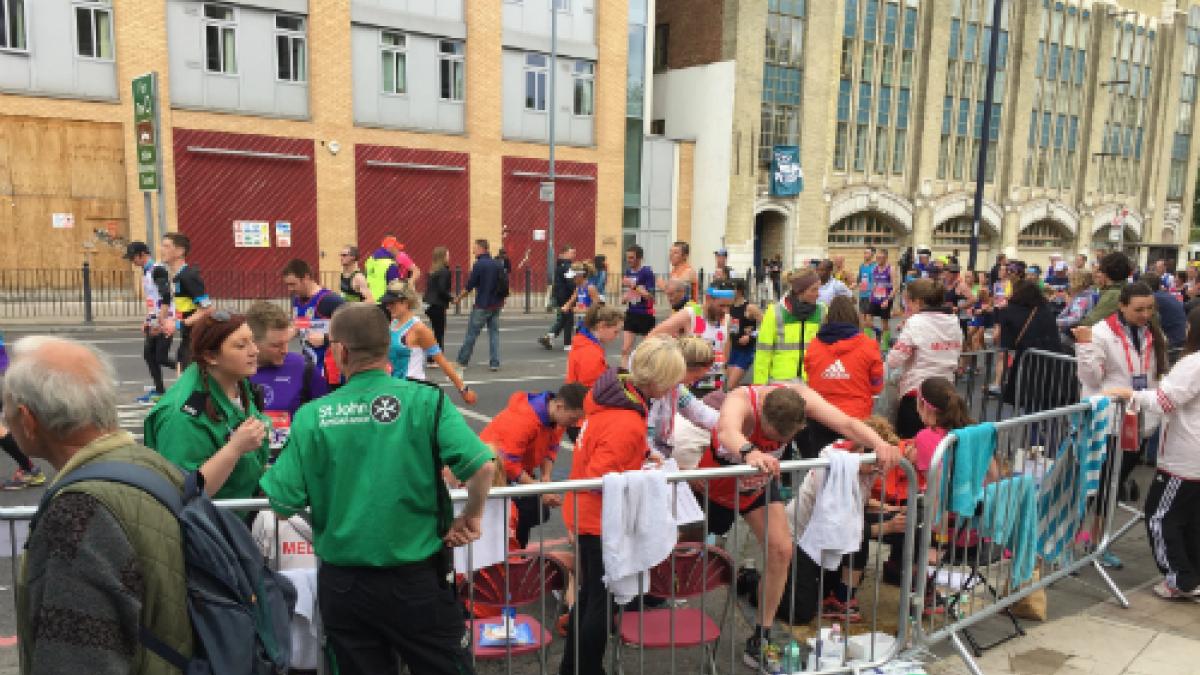 More than 100 physios treated competitors around the course and at the finish line, including some newly-qualified physios who had their first taste of the marathon buzz this year.

On the race itself, respiratory physiotherapist Anna Boniface (below) was the first non-elite woman to cross the finish line, in two hours 37 minutes. 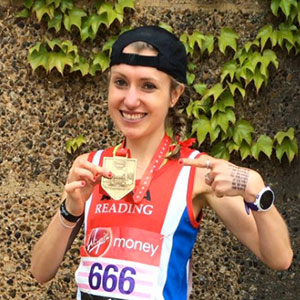 I didn't expect yesterday to happen.

‘Initially, my main aim was my time, I was aware of the guys that were next to me, and I knew them as well, but all of a sudden I thought I might push it.

‘I was going to stick to the plan, but then I thought I might actually try and race it.

‘It took a lot of aggressive effort and I just left them. 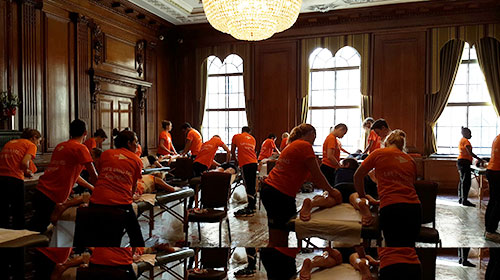 A group of 28 second and third year physiotherapy students and staff, from the University of Hertfordshire, gave post-event massages to 120 runners who were raising funds for the Multiple Sclerosis (MS) Society, pictured above.

Student Katie Duncan said: ‘It was a brilliant way to build up massage and communication skills, but above all, hearing all the stories that come through the door was inspiring.’

Most runners make it injury-free, explained Sue Crewe-Smith who led a team of 30 physio volunteers from UHCW, because they have trained well.

‘We treated about a thousand at the finish line,’ she told Frontline. ‘We only see the poorly ones.’

Teamwork with other medical staff was key, Ms Crewe-Smith said.

‘We just gelled with the doctors, nurses and St Johns who see how important physiotherapy is. It was great to see how much they respect physio’s advice and help. They see us as being highly trained.’