Physiotherapy students at Coventry University have ‘climbed’ more than half the height of Mount Everest, as part of a stair climbing challenge. 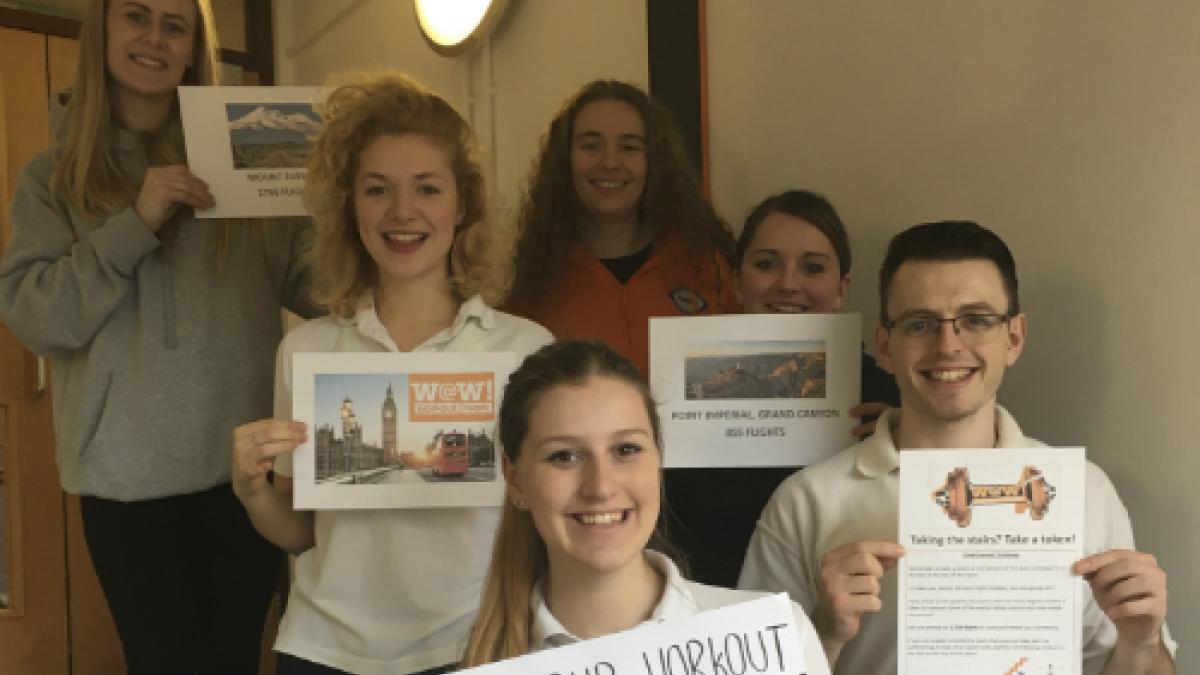 Hundreds of students and staff took part in the Workout at Work (W@W) event, held at the university’s Health and Life Sciences building on 17 March.

Luke Girvan, a CSP student rep at the university, told Frontline: ‘We calculated that each flight of stairs in the building was approximately 11.8 feet and therefore to conquer Everest we would need to complete over 2,400 flights.’

By the end of the challenge people taking part had completed 1,476 flights of stairs, achieving a combined height of 17,416 feet, which is equivalent to approximately 60 per cent of Mount Everest’s height.

CSP student rep Charlotte Deller said the event took place over six hours, from 10am until 4pm, and people who were unable to climb the stairs performed upper body exercises such as dumbbell exercises to support W@W.

‘We think that approximately 400 staff and students from health and life science courses were involved. Some people took one flight and some did up to 50,’ she said.

During the event CSP reps discussed the benefits of physical activity with students and staff and handed out tokens for participants to place in boxes that were at the top of either the first, second or third flight of stairs.

A similar stair challenge was organise by physio students at the University of Nottingham last year. They managed to reach a collective height of 19,848 feet.