Physiotherapy students have helped a team of fundraisers in an attempt to break the world record for the longest game of five-a-side football. 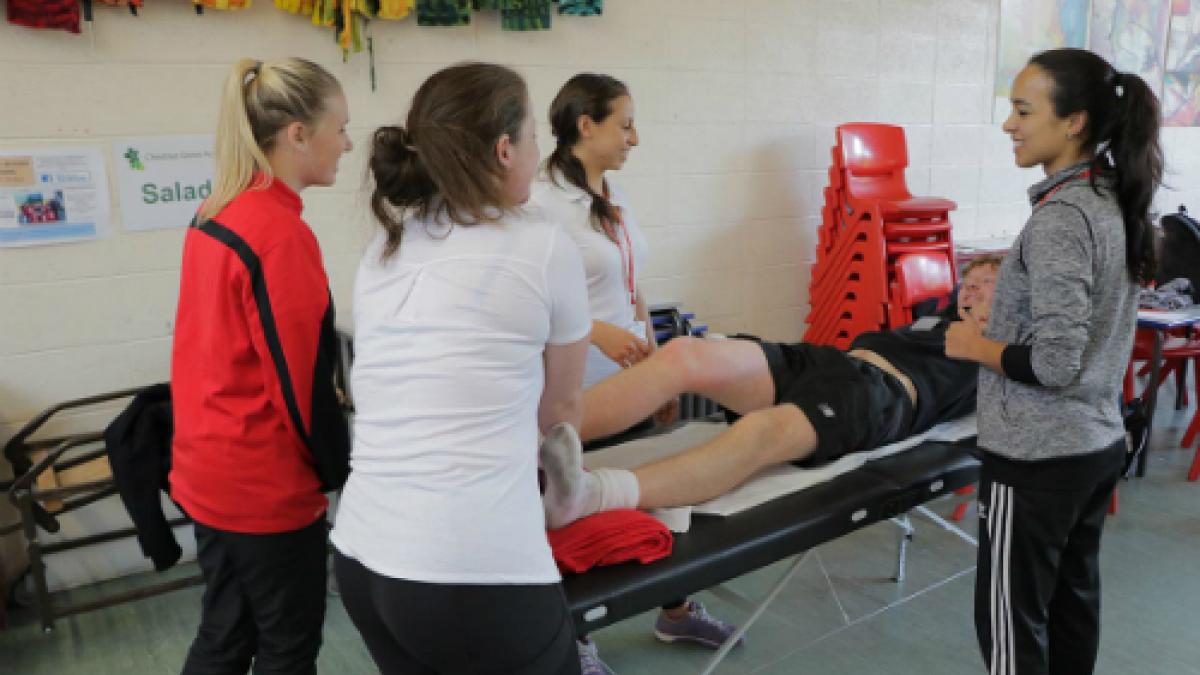 The students, along with physiotherapy tutors, provided players with massages during rest breaks in the 72-hour indoor match, which took place over nine five-hour shifts.

Clare Deary, the university’s programme leader for sports rehab, physiotherapy and exercise medicine, told Frontline: ‘Our students and staff were on hand to massage the tired legs of the athletes and help keep them going until the end of the event.

‘I am particularly proud of the effort they put in and their contribution to this world record attempt.’

By the end of the match the winning team had scored 1,426 goals, while the opposing team managed 1,407.

Steven Burrows took part in the game and said: ‘The students were more than helpful. All had a great attitude and literally made sure our bodies didn’t fall apart. Without them I don’t think any of us would have been able to complete the challenge.’

The players are awaiting official recognition from Guinness World Records which will confirm that the match was the longest game of five-a-side football ever played.

It was organised to support educational charity Football Beyond Borders and raised more than £13,000.