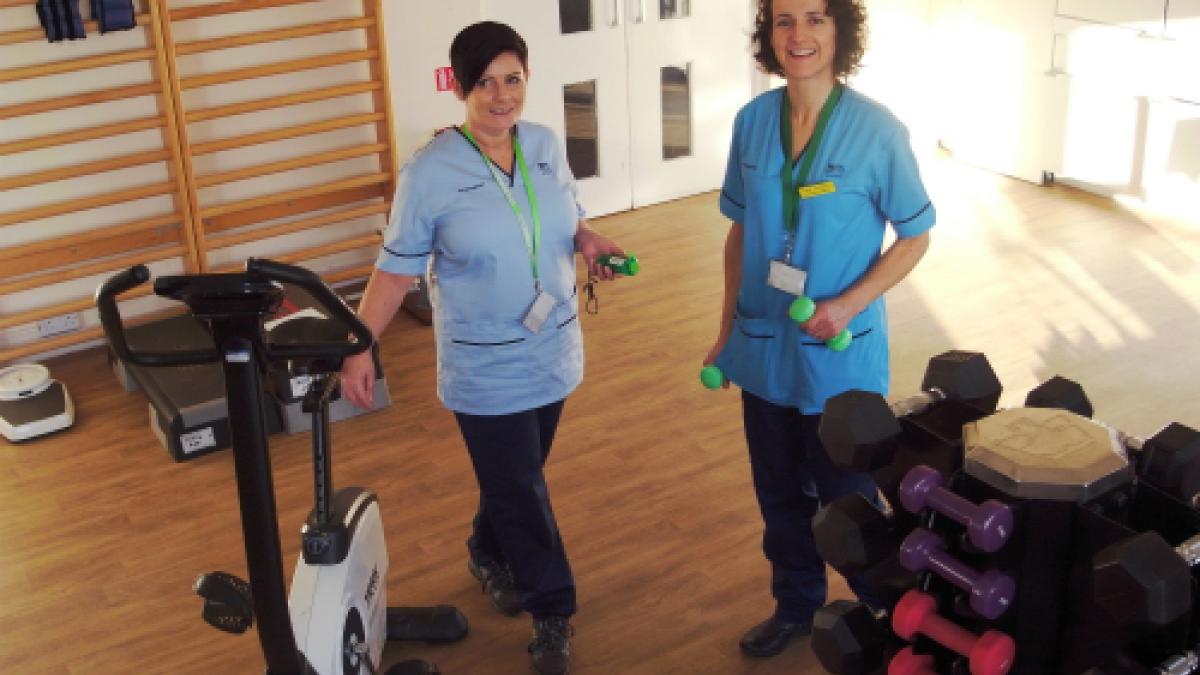 During an afternoon in Musselburgh this autumn, physios led a session which included disease information, tips for daily living, advice on self-management and ideas about how to talk about low mood.

Later in the day Carers of East Lothian, which provides practical and emotional support to adult carers, led a session focused on supporting the health and wellbeing of the carers themselves.

The event was also an opportunity for carers to meet, share common concerns and ideas, as well as access a wide range of information on display about COPD.

‘We felt after speaking to patients that some of their spouses or children didn’t understand about their condition and how it impacted on their function,’ said physiotherapist with the Lothian service, Lynne Turnbull.

‘Some patients told us that their family either expected them to do more for themselves or conversely wouldn’t let them do anything that made them breathless.

‘So the patients sometimes felt their families didn’t know how to help or what the realistic expectations were.

‘Also, we felt that while there was generic information for carers, there was nothing specific to COPD in our locality.’

The event was publicised in posters at local GP surgeries, libraries and day centres. Some carers were invited via messages sent to patients. Of the 20 carers who expressed an interest, 16 confirmed their intention to attend and 10 came along on the day.

Physiotherapy staff found the event emotionally challenging, however, because of the desperate need for help expressed by some of the carers, according to Ms Turnbull.

‘I was exhausted, but it just reaffirmed that I need to work more with carers because working with them will help the patients, including helping us to design the service better,’ she said.

During a de-briefing for physio staff after the event, it was decided that discussions about end of life care and support for the staff delivering the sessions, would be considered as part of designing similar events in the future.