Canadian physiotherapist Dejan Preradovic has spoken about his research into the potential benefits of gaming technology for treating adults with chronic obstructive pulmonary disease (COPD). 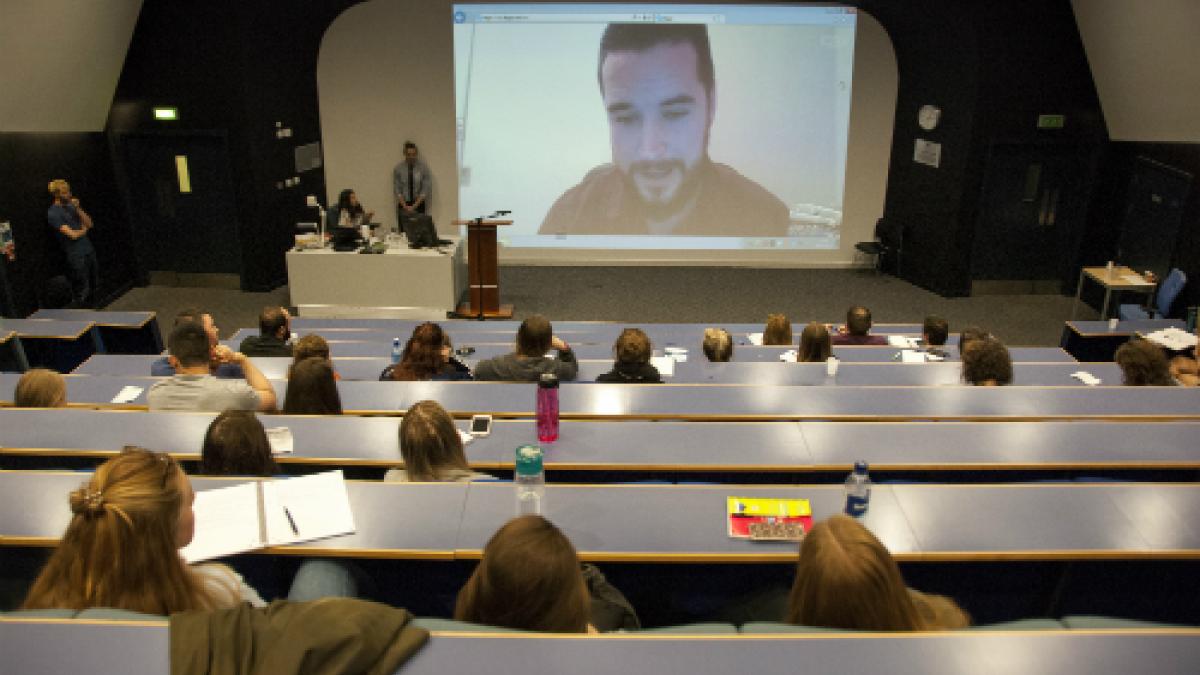 Dejan Preradovic spoke to the  conference from Canada, via Skype

Presenting his paper via Skype from Vancouver to the Scottish Physiotherapy Student Conference 2017 (SPSC17), Mr Preradovic said he was delighted to discuss the use of technology with delegates from the other side of the world.

His paper asked whether using Nintendo Wii could provide similar exercise demands as a traditional pulmonary rehabilitation programme for adults with COPD.

The hospital and private-practice based clinician took part in the study to find a solution to helping COPD patients living in the remote north of the Canada, a long flight from the hospitals in the south, so they could exercise at home.

He explained that only 1.2 per cent of this population of COPD patients have easy access to pulmonary rehabilitation programs, therefore research into a viable alternative for the remainder of COPD patients is necessary.

‘The Nintendo Wii may be an appropriate at-home training device for the COPD population which could be used as a supplement for a pulmonary rehabilitation program,’ he said.

‘And COPD patients can also suffer depression and playing a game has the value of being fun and motivational too.’

It attempted to determine if specific Wii activities resulted in similar energy expenditures to that of a more traditional pulmonary rehabilitation activity.

Participants completed two 15-min exercise interventions in a single session, with a 30-minute period in-between that allowed cardiovascular measurements to be taken. The interventions were an experimental Wii intervention and a traditional treadmill intervention.

He concluded that gaming technology could provide an exercise programme that has similar cardiovascular demands to traditional pulmonary rehabilitation programs for patients with COPD.

However, further research is necessary to address feasibility and long-term adherence.