ATOCP conference: Sallie Lamb gives challenge on the role of research in trauma and orthopaedic rehab

The physiotherapy profession should consider the wider importance of research rather than focus on particular methods of collecting evidence, the first physio to be recognised as a fellow of the Academy of Medical Sciences has said. 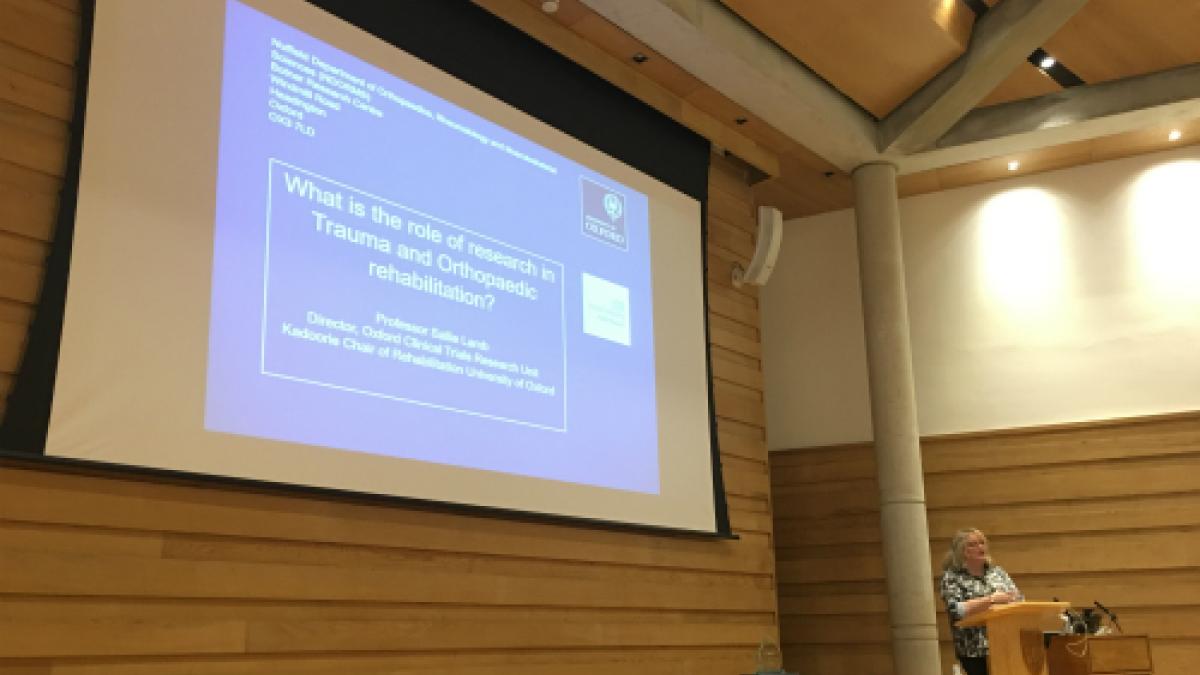 Professor Sallie Lamb told the Association of Trauma and Orthopaedic Chartered Physiotherapists annual conference that physiotherapy was in danger of ‘losing traction’ in some clinical areas by debating particular types of trials ‘while the rest of the world was getting on with it’.

Professor Lamb, professor of trauma rehabilitation and Oxford Clinical Trials Research Unit co-director at Oxford University, told the conference that despite the current vogue for systematic reviews of clinical trials, in many cases they produced the most flawed evidence.

‘They often involve looking at many, small, low-quality trials delivered by enthusiasts,’ she said.

‘If you add them all up you may have a large number, but you are adding up poor quality and can just compound the problem.’

Professor Lamb said physios working in research should be agitators who challenge the status quo and stimulate change.

There should be a continuous circuit of evidence that produces change in practice, which then prompts new questions, which leads to more evidence from research, which improves practice, and so on.

It was important to close the gap between evidence and implementation, Professor Lamb said.

‘The role is really about generating evidence of what works, and it is no longer about working in an ivory tower far removed from clinical activities,’ she said.

ATOCP conference: Trauma and orthopaedic physios vote for the abolishment of hip precautions after surgery

ATOCP conference: Karen Barker encourages the development and leading of an evidence based orthopaedic physio service