The challenges facing physio researchers came under the spotlight during a session on putting research into practice, held on the first day of Physiotherapy UK 2015. 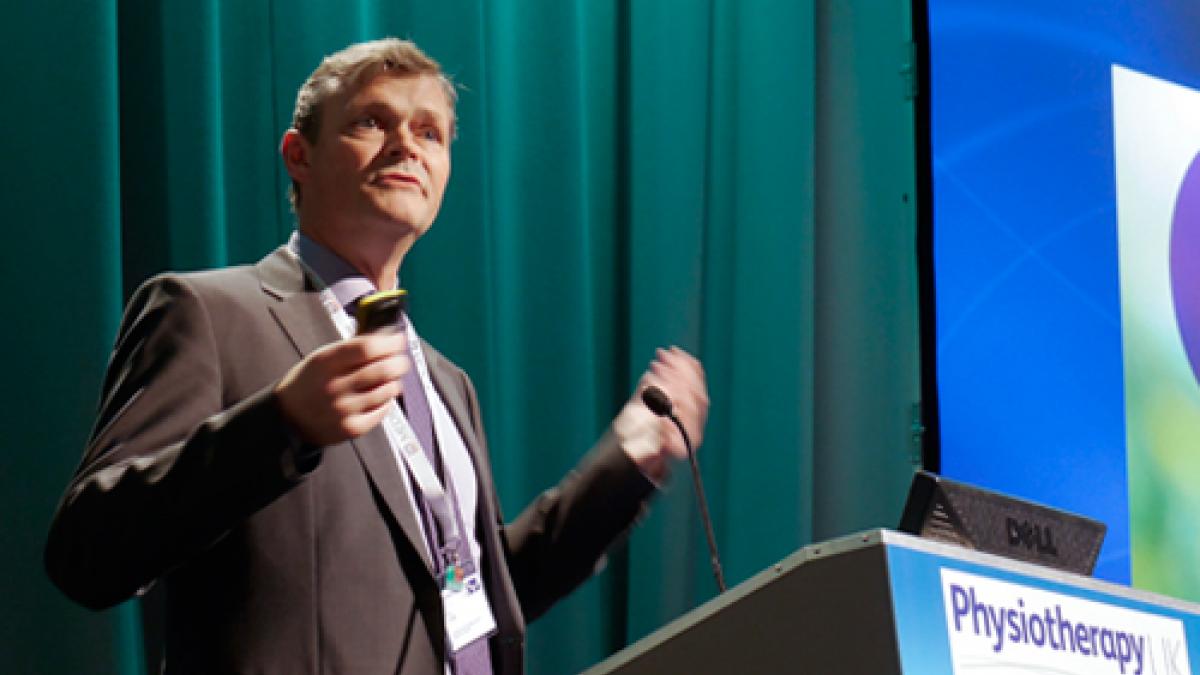 Rob de Bie: 'Our evidence is just not good enough to be useful in daily practice.' Photo: Mark Pinder/Guzelian

Rob de Bie, professor of physiotherapy research at Maastricht University in the Netherlands, said many physiotherapy studies were conducted by PhD students who could only follow up patients’ progress for a year while they completed their thesis.

Such short-termism meant that physio staff could rarely offer patients a meaningful prognosis about how an intervention might affect their condition in the long-term.

Such an approach would receive short-shrift from car owners seeking advice from their mechanic, Professor de Bie suggested. ‘If you have a car you want it repaired. If you were a car mechanic no one would bring their car to you.’

Patients did not want to be told ‘this might help or it might not’. ‘The best available evidence is shabby at best and as physiotherapists we suffer from that.’

Professor de Bie said that about 7,000 relevant studies are published every year on musculoskeletal conditions.

If a dedicated physio wanted to keep up to date and read one paper every day for a year, he or she would still end up being decades behind the evidence base.

Professor de Bie, who has written more than 300 research articles and co-authored a range of books on research methodology, said much evidence was skewed. ‘Many trials are “proven” with funny statistics.’

Another factor is that patients are routinely excluded from studies if they have more than one condition. ‘Researchers hate co-morbidity. I am a researcher and I know that. Therefore, most trials only involve healthy patients who only suffer from one disease.’

Yet 90 per cent of patients aged over 60 have more than one diagnosis, Professor de Bie said.

‘Our evidence is just not good enough to be useful in our daily practice yet.’