Mental health physio runs across the desert for suicide charity

A mental health physio has completed one of the toughest desert marathons in the world in which more than a third of competitors did not finish. 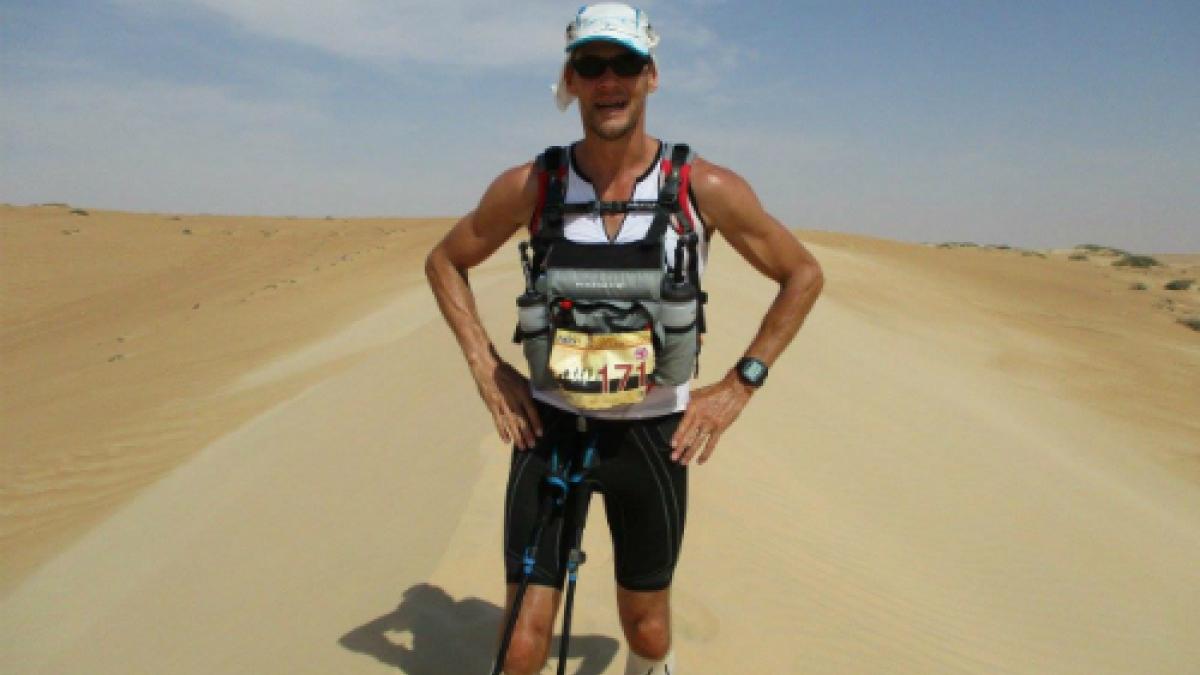 He finished 32nd out of 120 starters, but he says it was tougher than he expected.

‘Despite my training it was quite a shock to the system,’ he said.

‘I was drinking two litres of liquid every one-and-a-half hours and still finishing every stage with moderate to high dehydration.’

Mr Woods was raising money for CALM (the Campaign Against Living Miserably), which aims to prevent male suicide in the UK, and the charity Facing Africa, which treats children attacked by the gangrenous infection Noma.

Now safely back on the wards in Stafford, Mr Woods is already planning his next long-distance adventure race, planning to switch climates to tackle the 250km Fire and Ice ultra marathon in Iceland.

The medical team on the run included UK-based physios Debbi St Amond Simpson, Morag Bowie and Dawn Meredith-Davies, and donations to CALM and Facing Africa can be made on this website