Physiotherapists can help address the scandal of premature mortality among people with mental illness, said Brendon Stubbs, head of physiotherapy at South London and the Maudsley NHS Trust. 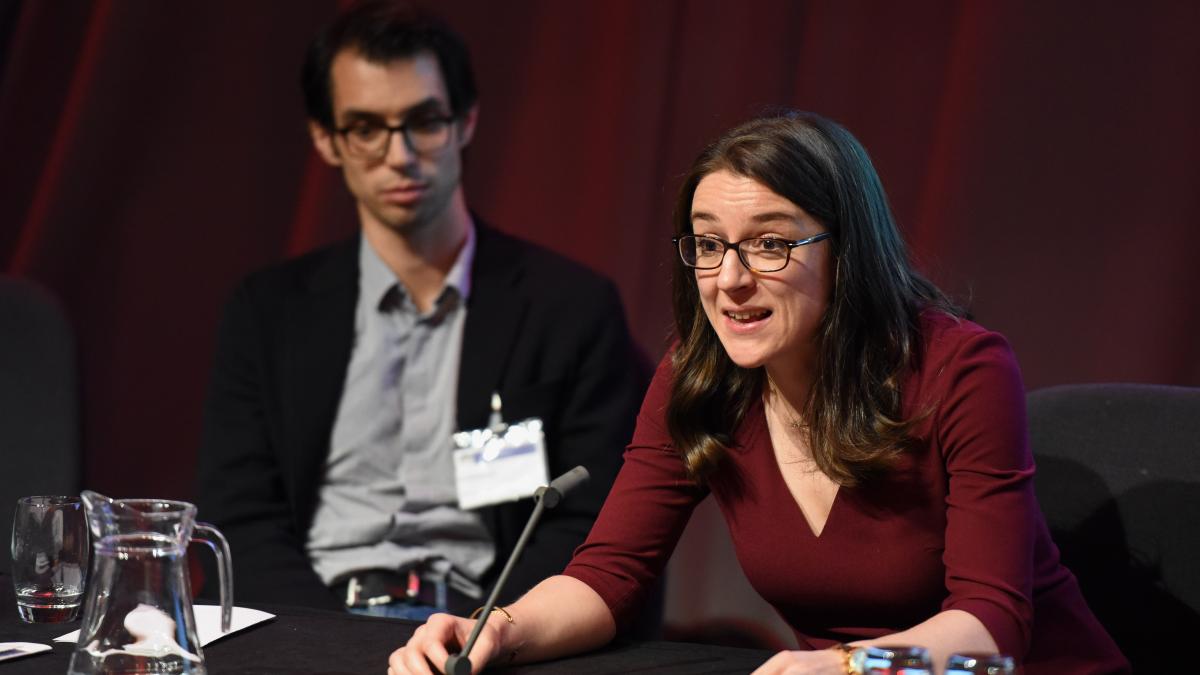 Alice Waugh took questions from the audience as part of the debate about physio and mental health. Photo: Darren O’Brien/Guzelian

‘People with mental illness tend to die 15-20 years before the general population, mostly because of cardiovascular disease,’ he told a symposium on physiotherapy and mental health.

Dr Stubbs, who is also a post-doctorate researcher at King’s College London, spoke about a Danish study showing that between 1980 and 2010, life expectancy had lengthened among the general population, while for people with schizophrenia it had shortened.

‘There is increasing recognition that lifestyle plays a really big role in increasing this scandal of premature mortality and cardiovascular disease,’ he said. ‘This is where we can have a real big impact and influence on the situation.’

Physiotherapists have some great interventions to improve cognition and cardio-respiratory fitness which we can lead and deliver, he told delegates. This was not his opinion, but based on meta-analytic quantitive data, he emphasised.

In his speech, Michel Probost, president of the International Organisation of Physical Therapists in Mental Health, told delegates about his experience of patients with eating disorders.

‘The core of physiotherapy in eating disorders is to optimise the wellbeing of the individual by promoting body and movement awareness, based on available science and best clinical practice,’ he said.

Other speakers were Alice Waugh, clinical tutor in physiotherapy at Trinity College Dublin. She spoke about a feasibility study investigating a physiotherapy motivational interviewing programme to reduce cardio-metabolic risk in schizophrenia and bipolar disorder.

Emanuel Brunner from Switzerland spoke about his PhD at the Belgium’s University of Leuven into non-specific low back pain.