TUC congress: CSP speaks out on post Brexit workers’ rights and the link between poverty and obesity

CSP delegates spoke out against austerity cuts and threats to work rights at the TUC conference in Brighton on 13 September. 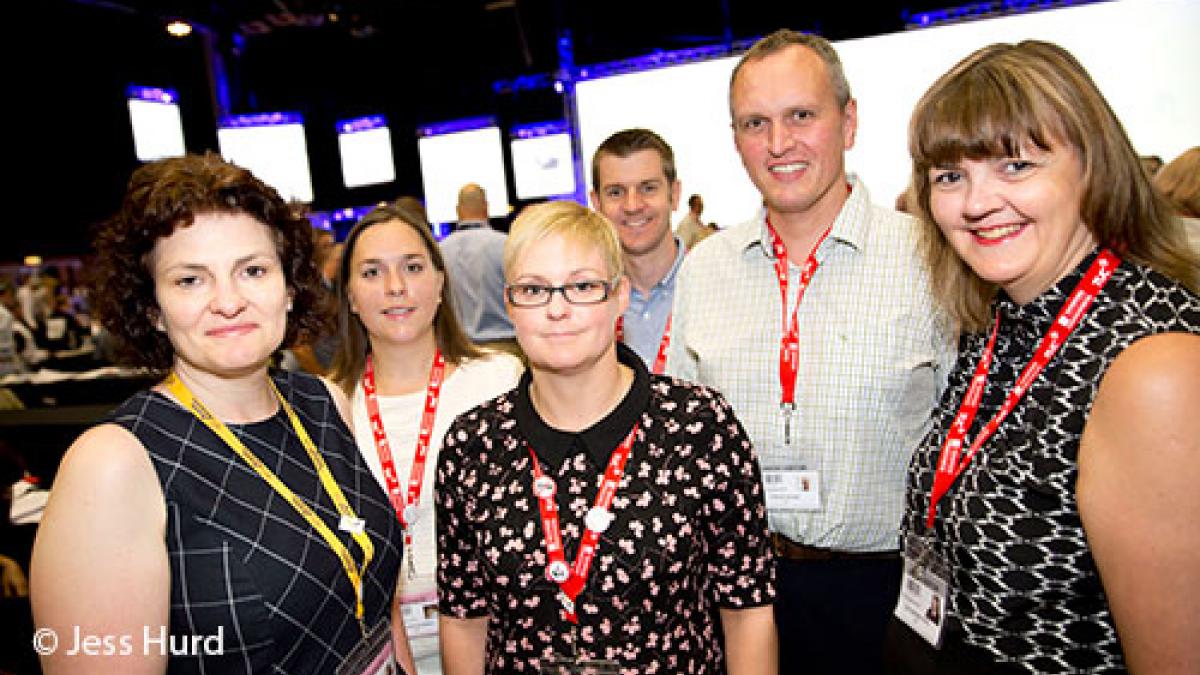 Jill Taylor, chair of the society’s industrial relations committee, seconded a motion by Unison that called for a campaign to protect worker and trade union rights post Brexit.

She told the conference: ‘The European Union has been the driving force behind the improvements of many workers’ rights: equal pay for part-time workers, wider maternity rights and improved parental leave, the pregnant workers’ directive – which led to a right for paid time off to attend antenatal appointments – with the further extension of this right to agency workers in 2011.

‘But these rights are at risk as we prepare to leave the European Union…We must campaign against any efforts to repeal or dismantle workers’ rights post-Brexit.’

The motion, which also called for ‘the rights of existing EU workers to remain in the UK to be protected’, was carried.

The CSP did not take an overall position on the EU referendum.

Later in the day the CSP added to a motion raised by the Society of Chiropodists and Podiatrists. The motion called on the TUC to raise awareness about the implications austerity on people’s health and wellbeing.

Deborah Russell, a CSP regional steward, highlighted the link between poverty and obesity. She told delegates: ‘Obesity rates in the UK have been rising sharply, nearly doubling the past 20 years.

‘And at the same time the number of people living in poverty has been increasing, nearly doubling in the last 30 years.’

She added that a 2015 report from the Fabian Society found that poorer households ‘prioritise calories over health benefits’ when money is tight, preferring to buy ‘tummy filling’ items. The report stated that per calorie, healthy foods are as much as three times more expensive than less healthy foods, and that supermarket price promotions tend to favour less healthy items.

Ms Russell called for more investment in public health and for the government to end the ‘inevitable path from poverty to poor health’.

‘We need greater investment in our NHS and preventative health care,’ she said.

‘Physios like myself working with colleagues from a range of professions from dietitians to chiropodists, nurses to health visitors, know we can make a difference.’

The motion was unanimously carried.

The CSP seconded a motion by the Royal College of Midwives, highlighting the value of health and safety representatives and their role in improving health, safety and wellbeing at work.

CSP regional steward James Allen said: ‘For too long NHS staff have been working under extreme and increasing pressure.

He told congress the CSP was planning to step up activity in NHS workplaces to ‘pinpoint the pressure and address the underlying causes of stress.’

‘We are supporting our network of local stewards and safety reps to work together and with their members to identify the causes of unacceptable levels of workplace stress and workloads and most importantly come up with a plan to address them.’