Wales has the UK’s highest rate of sickness absence among NHS employees, Keith Finn told the Wales TUC in a speech calling for the promotion of mental wellbeing among health service staff. 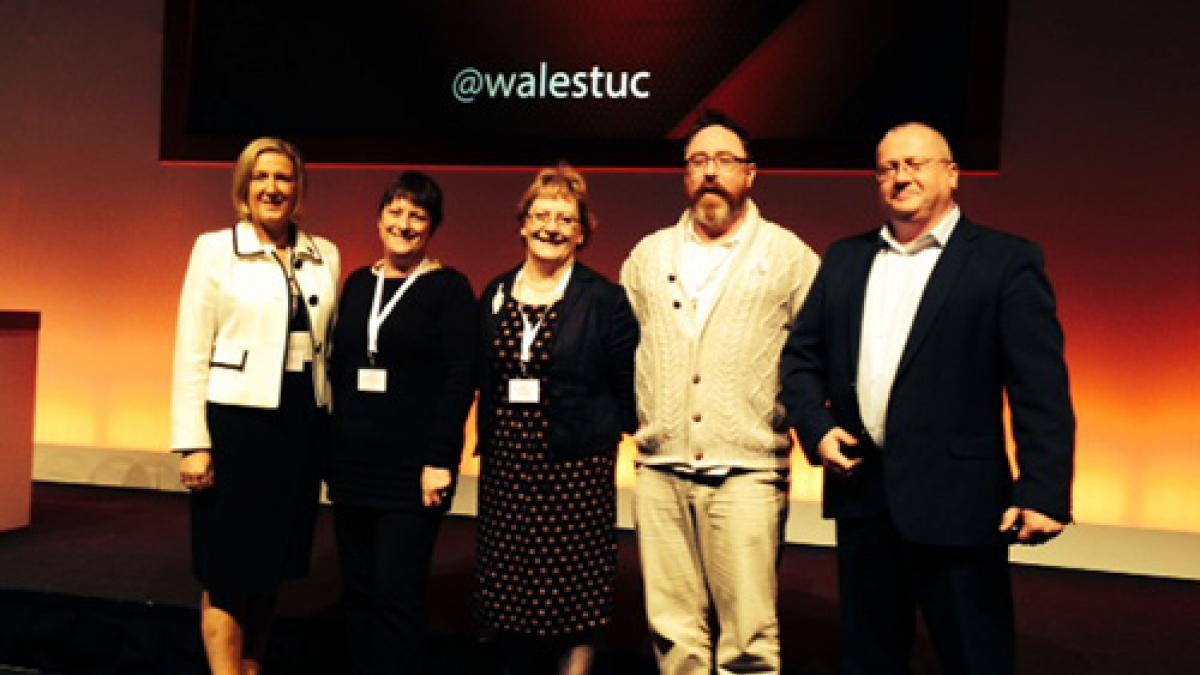 Regional steward Louise Wright (second left): it was a very good conference and the CSP had a high profile

The CSP steward told the trade union event in Llandudno from 24-26 May that NHS Wales should tackle the causes of stress by providing sufficient staff and resources.

He told delegates that stress among NHS staff had been increasing for years and, together with musculoskeletal conditions, was a key reason why NHS employees took sick leave.

‘Believe me, conference, people are at breaking point,’ Mr Finn said. ‘The NHS depends on the goodwill of its workers. It is the dedication and commitment of the workers is holding it together. This is not sustainable.’

His speech introduced a motion, backed by the CSP, about stress in the NHS, which was voted through unchallenged.

‘A recent survey showed that many people wrongly believe that hypothermia is the main cause of excess winter death,’ she said.

Other health-related motions debated and carried at the event included one calling for proper resources for seven-day services in the NHS and another for better maternal mental healthcare.

Commenting after the conference, Ms Wright, said: ‘It was a very good conference and – as usual – the CSP had a high profile. The debates on health were among some of the best.’