The CSP highlighted the damage of rising stress levels in the NHS at a three-day trade union conference in Llandudno this week. 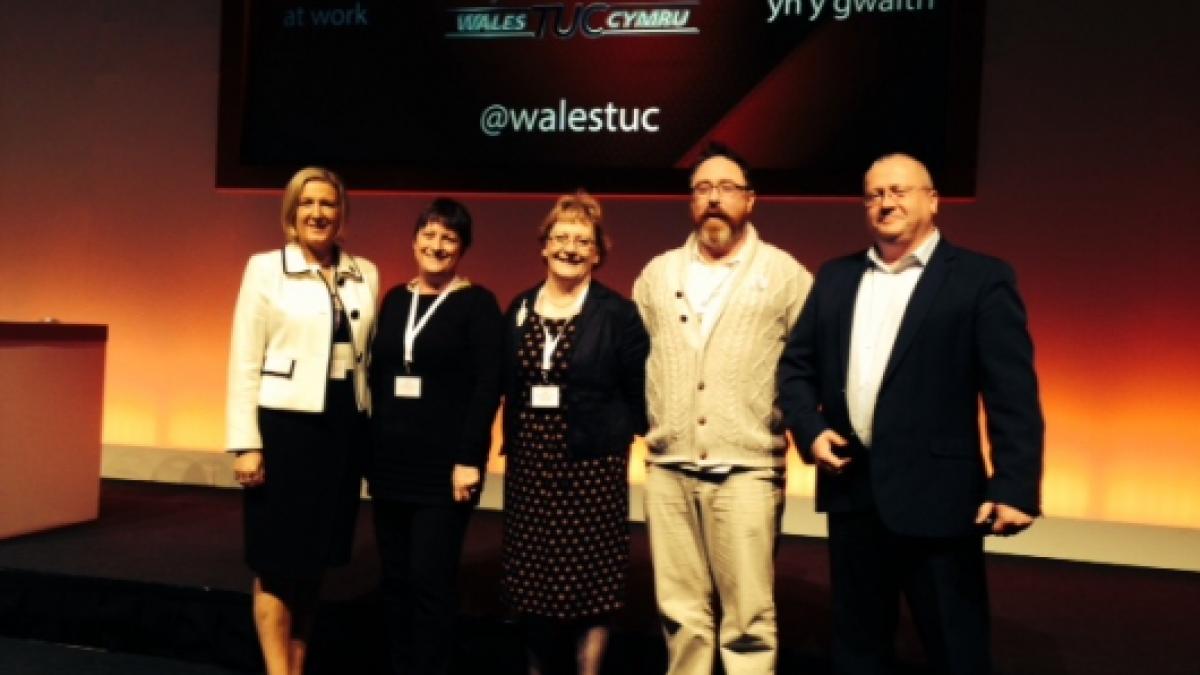 Keith Finn, steward for Cimla Hospital at Abertawe Bro Morgannwg University Health Board told the Wales TUC: "Stress among NHS staff had been on the rise for years and now ties in with MSK problems as the most likely reason for being off sick. A freedom of information request last year showed sickness absence in the NHS in Wales caused by metal ill health had more than doubled in the last 4 years." SOC, HCSA and Unison spoke in support of the CSP motion.

Fellow CSP delegate Louise Wright, presenting our second motion, called on the Welsh Government to make homes more energy efficient starting with the poorest and most energy inefficient homes and for unions and their member to sign up to the  Age Cymru campaign, Spread the Warmth.

She said: "This campaign aims to prevent thousands of older people suffering needlessly this winter, to reduce the number of preventable winter deaths among people in later life, and to make this time of year better for those who may have otherwise nowhere to turn. With the austerity cuts now showing cracks in all the public services throughout Wales and the UK as a whole, once again it is the vulnerable members of our society that are suffering. Thousands live in just one room to keep warm and have to make difficult choices between heating and eating."

Other health related motions debated and carried at the bi-annual event were on 7 day services in the NHS, better maternal mental healthcare, working together on workplace health and NHS student bursaries.

Commenting after the conference, Keith said:"I have thoroughly enjoyed the conference and highly recommend it. I loved it." Added Louise, a steward for Aneurin Bevan University Health Board, regional steward and member of the industrial relations committee: "It was a very good conference. As usual, the CSP had a high profile and the debates on health were among some of the best."

CSP delegates were pleased to see their midwife colleagues from the RCM, which recently affiliated to the TUC. They attended the Wales TUC congress for the first time.

One of the highlights of the conference was the speech by a Welsh Government minister in which he vowed to repeal every “pernicious, illiberal and regressive section” of Westminster’s Trade Union Act. Mark Drakeford, the new Cabinet Secretary for Finance and Local Government, pledged his administration would fight to get rid of whatever aspects of the legislation it could.