A physiotherapist from Bath has helped to produce a YouTube video about a specialist service for people with complex regional pain syndrome (CRPS). 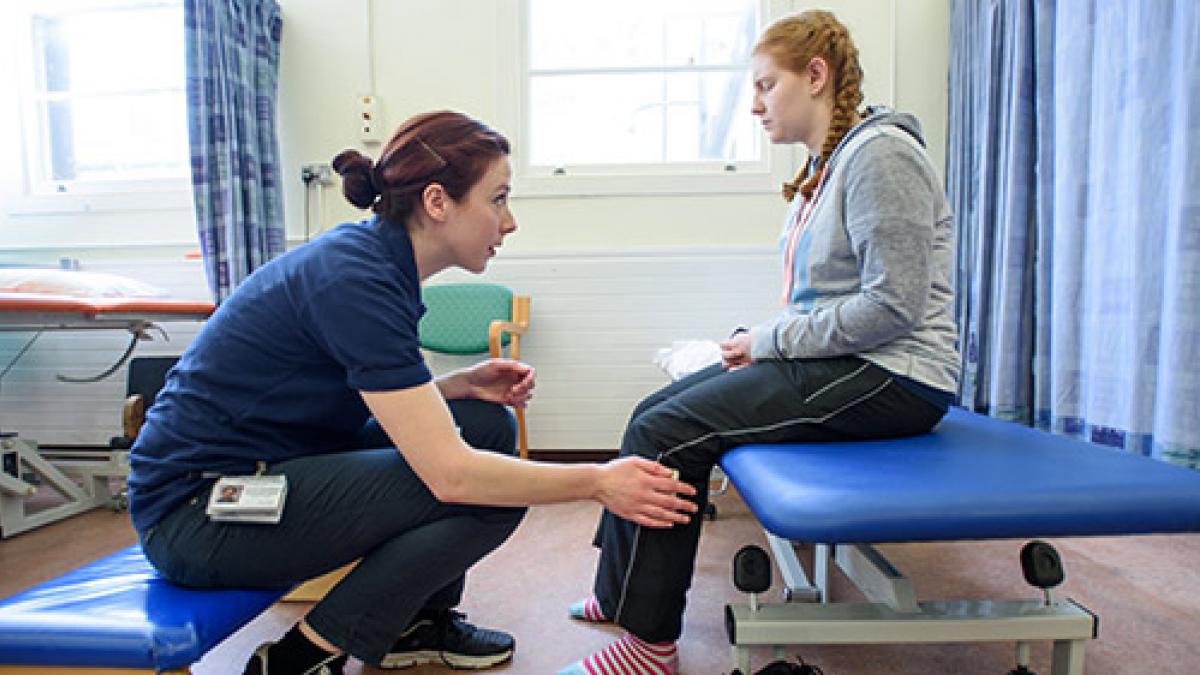 Senior physiotherapist Emma Houlihan, who works for the CRPS service at the Royal United Hospitals Bath, made the video with colleagues and a professional editor.

The aim was to raise awareness of the service among people living with CRPS and the clinicians who work with them.

The specialist national service provides a multidisciplinary inpatient rehab programme for adults with CRPS. Over two weeks, it aims to improve the daily functioning of people with CRPS and allow them to return to activities that are important to them, whether their pain is reduced or not.

‘We found that often therapists, doctors and nurses around the country were not aware of our service or how to access it,’ said Ms Houlihan.

‘Some patients also told us they were anxious about coming in as they felt they didn’t really know what to expect. This fear of the unknown had prevented some people from coming.

‘So we hope this film will inform people all over the country and indeed further afield of our service. And by knowing more about the service, they can be empowered to make an informed decision to access our service or not.’

The CRPS service focuses on providing physical rehab that is informed by patient-centred goal setting. And patients took centre stage in the video-making project.

‘I wanted to ensure that the patient’s thoughts, feelings and honest experience made up the main bulk of the film,’ said Mrs Houlihan.

‘And the content was decided by talking to patients and finding out what was really important to them, what they would have liked to have known before coming on our course, or what may have made the decision to come on the course a bit easier.’

She added that the film had received ‘very positive’ feedback from patients who have attended the course, with many commenting that it reduced their anxiety about attending and provided a greater understanding of the service.

Any adult in England with a possible diagnosis of CRPS can be considered for treatment by the service, if they have a referral from a GP or pain clinic.