A physiotherapist in Dorset has used a refurbishment project to improve the health and wellbeing of patients attending an outpatients department. 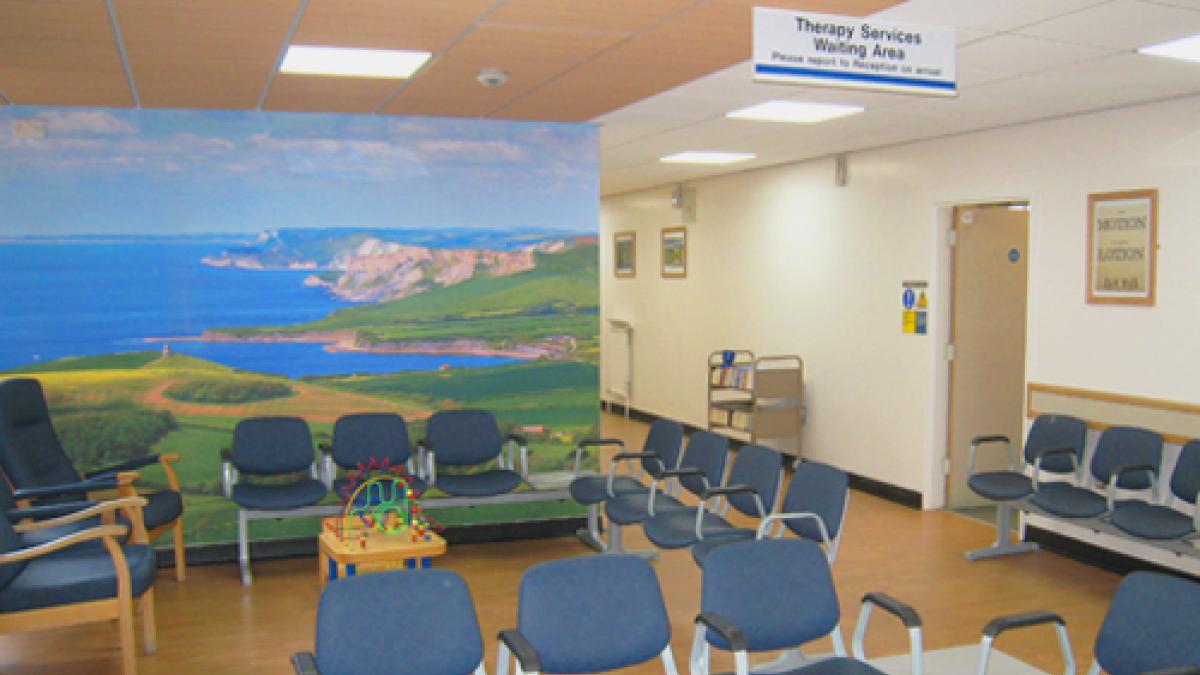 Physiotherapist Sarah Sturman told Frontline: ‘The idea was to create a more health-enhancing environment for patients visiting the department and for members of staff to work within.’

‘Patients who are in pain may be stressed or nervous about coming to physio, so when they get to a place that looks unloved and unprofessional - what does that say about the treatment they might get?’

The redesign was planned using research findings based on a socio-medical model known as salutogenesis, which focuses on factors that actively promote improved health and wellbeing rather than things that cause disease. 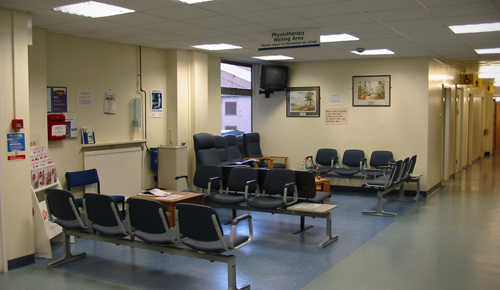 Before: ‘dirty, grim’, ‘tight’ and ‘claustrophobic’

‘A lot of research has been conducted into the effects of the environment on the individual,’ said Mrs Sturman. ‘Its effects on factors such as healing response, stress and anxiety and pain levels have shown that our surroundings can either increase or decrease our state of health.’

In addition, a patient’s perception of the quality of care they receive can be influenced by the healthcare setting, including the appearance of the waiting room, she explained.

Mrs Sturman took her refurbishment plans to her managers who gave the go ahead. The department was due an update so the project was able to use hospital funds for basic maintenance and improvements.

‘But we had a small fund that had been bequeathed from Alison Oliver, an inpatient superintendent physiotherapist at the trust who sadly passed away a few years ago, so we used that for some of the more aesthetic elements,’ she said.

Improvements were made to the flooring, lighting and ceiling, and toilet doors were replaced with dementia-friendly yellow doors. The walls were repainted and artwork was installed.

The art included framed prints, a wall mural and a specially commissioned painting. Local landscape images were used because evidence suggests that views of nature have health enhancing effects, while familiar images of local sites can create a sense of connectivity.

‘There is evidence of an effect from images of nature and abundant landscapes, which is to do with something called the biophillia hypothesis,’ said Mrs Sturman.

‘This suggests that seeing healthy, natural images gives people a primitive sense of being safe.’

Posters were also donated to the project, combining natural images with positive messages about health and fitness. 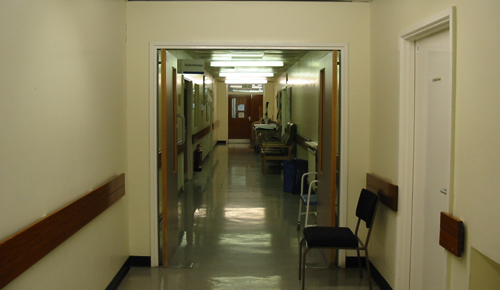 Improving the department has reduced stress and negative arousal

Mrs Sturman conducted a questionnaire-based study to evaluate the effect of the changes, collecting the views of 50 patients who visited the department before and after the refurbishment.

The study measured self-reported stress, positive and negative arousal [meaning being stimulated/alert or tired/drowsy], aesthetic satisfaction ratings and affective environmental appraisal [meaning the emotional impact or relationship a person feels they have with a place].

Before the makeover patients judged the department to be ‘dirty, grim’, ‘tight’ and ‘claustrophobic’. Many reported that it needed more colour and one person commented that it ‘needs to be brighter and relaxing (I am in long-term pain)’. After the refurbishment, patients commented that the area was ‘bright’, ‘light’, ‘open’ and ‘clean’.

The results also showed that, after the refurbishment, there was a 34 per cent reduction in reported stress, a 12 per cent drop in negative arousal and a 32 per cent increase positive arousal. In addition, patients reported a 46 per cent improvement in aesthetic satisfaction.

Mrs Sturman said the improved arousal ratings were of clinical relevance to physiotherapy treatment, as positive arousal could lead to patients being more engaged and pro-active in their rehab.

‘The waiting area looks much fresher and more attractive and although it was all done on a shoestring the effects are still measureable.’ she said.

‘People’s anxiety and stress levels have been reduced and their motivation to be actively participating in treatment seems to have been enhanced.’

The following research papers helped inform this project, see below.