Lois Dyer, one of the UK’s most influential physiotherapists, died last month. Natalie Beswetherick, the CSP’s head of professional development, pays tribute to her. 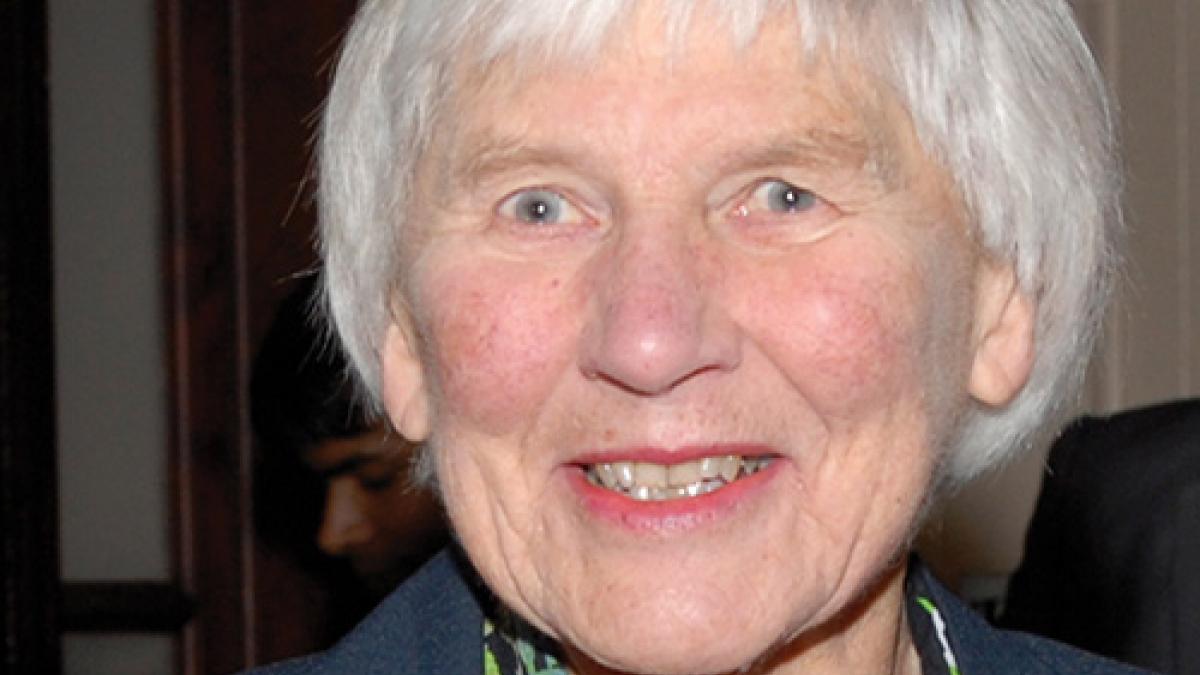 Lois trained at the Middlesex Hospital from 1943-1945 and initially worked there, before practising in Bath and Ashford.

As a physio at the 1948 Olympic Games in London, she was responsible for the Australian and French teams. ‘It was the first time I had eaten horsemeat, provided for the French,’ she told Frontline in 2012.

Next, Lois took up a senior post in Johannesburg, South Africa, where she was swiftly became superintendent for all the city’s hospitals. As there were only three physiotherapists, Lois trained and developed physiotherapy assistants. In 1953, Lois represented South Africa at the first congress of the World Confederation for Physical Therapy.

Five years later, she returned to England to take up the post of deputy superintendent at Westminster Hospital, but continued to pursue her interest in other countries through two secondments to Morocco.

Encouraged by Monica Martin-Jones, Lois stood for CSP Council and was elected in the mid-1960s. Ruth Bowden, a professor of anatomy and fellow council member, encouraged Lois to stand as CSP Council chair in 1972 and she was successful. The position had previously been held exclusively by distinguished medical practitioners and Lois’s election marked a significant stage in the development of the physiotherapy profession.

The NHS Hospital Advisory Service was established in 1969 to advise the secretary of state for social services. Its remit was expanded to include community health services in 1976. The aim of the NHS Health Advisory Service was to improve health services’ management of patients by conducting inspections, offering advice and spreading good practice.

Lois told the Department of Health that this new service should have a representative from the remedial professionals. In response, Lois was offered a secondment to it – another significant first for the profession.

The Tunbridge Committee was set up in 1972. Its brief was ‘to consider the future provision of rehabilitation services in the NHS, their organisation and development, and to make recommendations’ in a report.

The committee was made up of doctors with no representation from the remedial professions. The committee’s report reinforced the status quo of medical dominance. Under Lois, CSP Council decided not to accept the report, a move that was unprecedented. The CSP later met with the minister responsible, with the result that a working party was set up in 1973 under Mr E L McMillan, including a senior member from each remedial profession – one of whom was Lois Dyer.

The 1973 McMillan report acknowledged that members of these professions could manage their own departments. While doctors held primary clinical responsibility, it was not for them to prescribe and supervise in detail the therapy provided.

The report was the harbinger of the landmark Department of Health Circular HC (77)33, which established professional autonomy for physiotherapists. Lois was the driving force behind this, working closely with Ida Bromley, and she persuaded influential doctors to agree the content which gave physiotherapists in the UK independence from medical treatment prescribing and established the profession’s clinical autonomy.

In 1980, Lois was appointed to the full-time post of physiotherapy and remedial gymnastics officer at the Department of Health. This was another significant milestone for the profession, giving it influence at the heart of government. Lois had, in effect, been doing the job for two years before it became a permanent appointment. Her effectiveness in this difficult role was acknowledged both at the Department of Health and by her professional colleagues. In recognition, Lois was awarded a fellowship of the CSP in 1986.

Lois Dyer made a unique and monumental contribution to the development and advancement of the physiotherapy profession in the UK. It was through her influence at government level that the profession enjoys the autonomy it has today.

This obituary and more tributes from CSP members can be found in the 3 August issue of Frontline on pages 48 and 51.

The 7 September issue of Frontline will feature an obituary of physiotherapist Jean Sugden, who specialised in amputee rehabilitation and prosthetics.