An influential committee of MPs has set out a vision of primary care in England in which physiotherapists work alongside GPs and other health professionals as part of multidisciplinary teams. 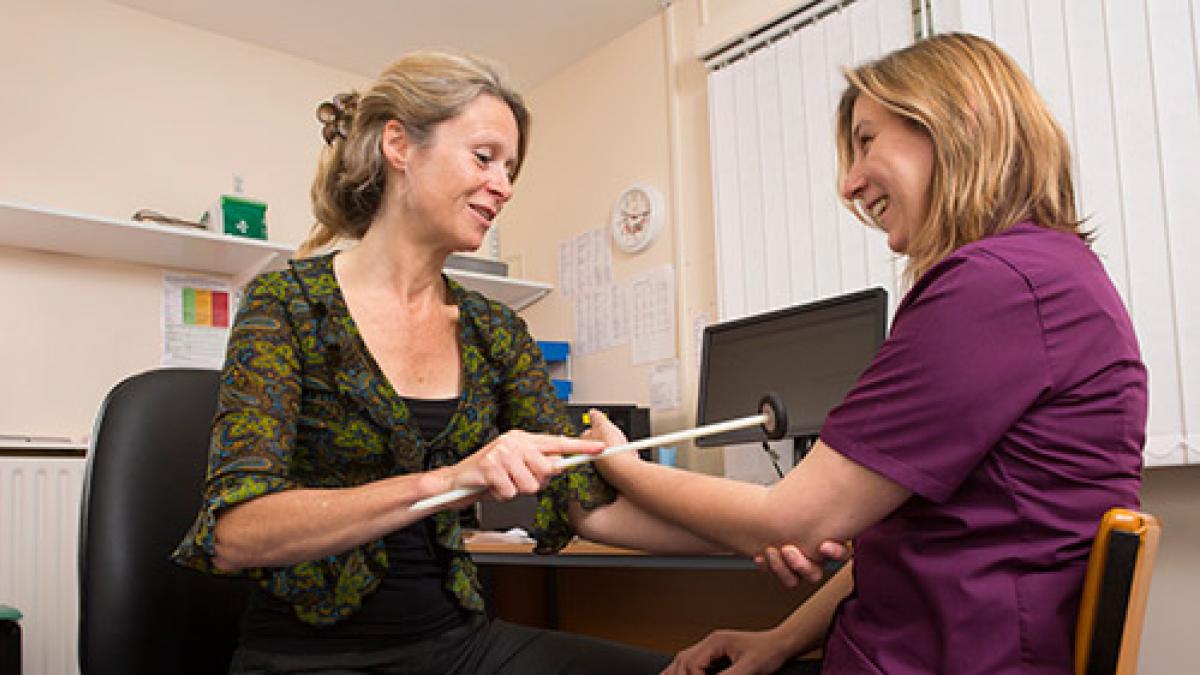 NHS England has promised an extra £2.4 billion a year for GP surgeries by 2020 - photo: David Harrison

Teams of clinicians, using their skills to meet the needs of patients early on in their journey through the NHS, would allow GPs to concentrate on aspects of care that only they can provide, says a House of Commons health committee report.

Published on 21 April, the report calls for the speedy implementation of self-referral to physiotherapy. It calls for a clear plan and timetable for self-referral – a reform with ‘clear benefits’ for patients.

The committee’s recommendations draw on evidence supplied by CSP chief executive Karen Middleton when she addressed MPs last November. Their report incorporates much of what she said. For example, it says allowing patients to self-refer to practice-based physiotherapists would reduce onward referrals and improve patient satisfaction levels.

The report quotes Ms Middleton’s description of a service in Suffolk that provides physiotherapy as the first point of contact across 27 sites. The impressive results of the initiative include a 30 per cent reduction of patients with musculoskeletal problems (MSK) on GPs’ caseloads, and a 40 per cent fall in people having hip and knee replacements.

Exposure to primary care must be part of undergraduate courses so that the sector can attract the right mix of expertise to multidisciplinary teams, the MPs say.

The publication of the committee’s recommendations coincided with a rescue package for GP surgeries in England, which promises an extra £2.4 billion a year by 2020-21 – an increase of 14 per cent when inflation is taken into account.

Announcing a new strategy for general practice, Simon Stevens, the head of the NHS in England, said he was ‘openly acknowledging’ problems and addressing them.

The strategy concurs with the health committee’s view that general practice will only succeed if more non-medical practitioners work in primary care settings.

It points to growing evidence showing that a broad range of healthcare professionals - including physiotherapists - can make a contribution.

Over the next five years, NHS England and Health Education England will pilot the role of primary care physiotherapy services, the strategy says.

However, while it sets out action to increase the numbers of GPs by a further 5,000 full-time equivalents in the next five years, along with specified numbers of other clinicians, it is unclear how many physiotherapists will be needed.

Commenting on NHS England’s plan for general practice, Ms Middleton said: ‘Many GPs are already bringing in physiotherapists to act as the first point of contact for patients with MSK conditions, like back and neck pain.

‘But I hope this strategy will motivate GPs and clinical commissioning groups to include direct access to physiotherapy as part of coordinated approaches to managing increasing demand and providing patients with the best possible care.’