A report about the scale of increase in GP workload says practices are successfully using physiotherapists and other healthcare professionals to manage less serious illness. 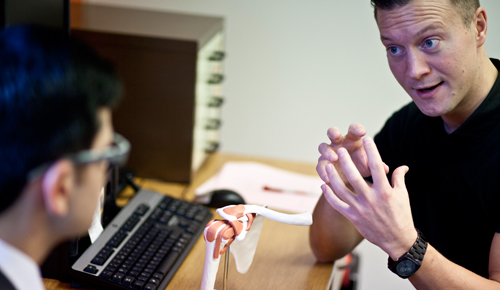 Understanding Pressures in General Practice, published by the King’s Fund on 5 May, warns that it is likely that patients will want both ease of access and effectiveness of care, and so any initiative to manage minor illness will need to deliver both.

By analysing 30 million patient contacts from 177 practices from 2010-11 to 2014-15, the King’s Fund found that the overall number of consultations – face-to-face and over the phone – has increased by 15 per cent over the past five years, three times the rate of increase in the number of GPs.

The report makes a number of recommendations to address the crisis in primary care. They include encouraging the further development of the primary care workforce.

‘As the report notes, a range of initiatives involving physiotherapists are already making a difference. Our research shows that if physiotherapists were available in GP surgeries as the first point of contact for people with common issues like neck and back pain – currently up to 30 per cent of GP appointments - it would free up enough time for GPs to spend an extra five minutes with those patients they do need to see.

Rachel Newton, the CSP’s head of policy, said: ‘As the pressure on general practice grows, experienced physios are seeing musculoskeletal patients from the start, taking them off the GP caseload. All the evidence show that this is safe and effective.

‘Commissioners need to be working with CSP members to scale up this development.’

Ms Middleton added that the Prime Minister had recently outlined that his vision for general practice is physiotherapists working alongside GPs in surgeries.

‘This approach delivers the right care at the right time for patients, helps address rising demand and saves the NHS money,’ she said.

‘We want to see more GPs and CCGs making it happen as a priority.’