The CSP should promote the safety benefits of wearing cycle helmets and campaign for safer cycling routes. 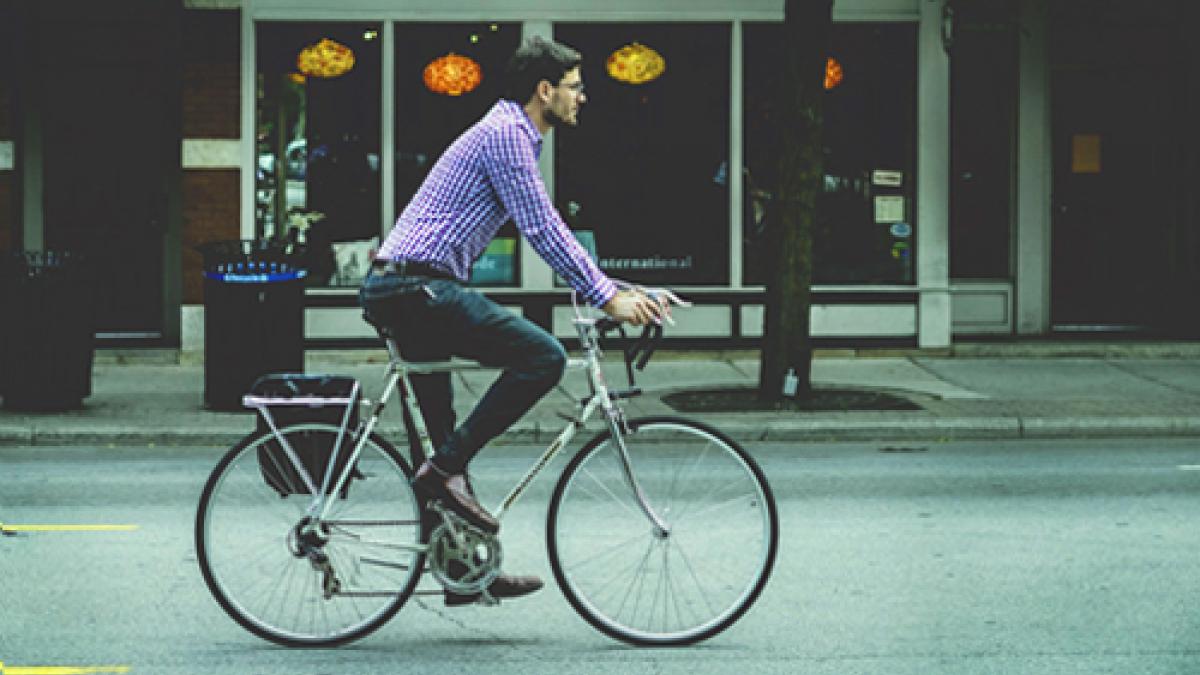 Physiotherapists should be leaders in promoting health through activities such as cycling, but there is also a responsibility to promote road safety

This was the message from Gemma Passmore, speaking on behalf of CSP Scottish board.

She called for the society to work with relevant stakeholders and community groups to promote cycling safety and lead a campaign for the mandatory wearing of safety helmets for all ages.

Ms Passmore told delegates: ‘Two years ago I personally realised the importance of wearing a helmet after having an accident during a cycling race. I hit the ground at 35 miles an hour and had numerous injuries, including damage to my spine. But my head escaped unharmed thanks to my helmet.

‘Cycling at more than 15 miles per hour increases the risk of injury by 40 per cent, but if you cycle at less than 30 miles per hour then a helmet can offer effective protection.

‘And research shows that wearing a helmet can decrease the risk of head injury by 69 per cent and severe brain injury by 74 per cent.’

She added that physiotherapists should be leaders in promoting physical health through activities such as cycling, but by doing so they also had a responsibility to promote road safety.

‘Every year in the UK around 19,000 cyclists are killed or injured in reported road accidents,’ she said.

Delegates were also reminded of members of the society who had died in cycling accidents, including Stephanie Turner and Esther Hartsilver in 2015 and Vicki McCreery in 2004.

Michael Pearson, a steward/safety rep at Nottingham University Hospitals NHS Trust, opposed the motion but told conference he was a helmet-wearing cyclist himself.

‘I believe we should promote the safety benefits of wearing helmets and that we campaign to increase safe cycling routes. But I’m not entirely convinced we should mandate people to wear cycle helmets,’ he said.

Mr Pearson warned that forcing people to wear helmets may discourage people from cycling and he cited evidence from Sweden, where wearing cycle helmets has been mandatory since 2005.

‘They have noticed that the number of cyclists has decreased since the law was put in place,’ he said.

‘So if we are promoting a healthy workforce and healthy living we should be aware that imposing a mandatory cycle helmet rule might create worse public health outcomes.’

Also speaking against the motion Peter Goman, from Cheshire and Mersey stewards, said: ‘Evidence suggests that just wearing a helmet may not protect you - depending on its age, its construction and whether you wear it correctly.

He also warned that there was evidence that suggested that cyclists who wear helmets are ‘more likely to take risks because they have a false idea that they are protected.’

Son’s life saved by a helmet

Speaking in support of the motion Johanne Watson said: ‘My son was hit by a car when he 14. He didn’t want to wear a cycle helmet because of peer pressure from his friends – they used to tease him about it and pinch it off him - but I always insisted he wore it.

‘When he was hit by the car he flew into the air and hit the bonnet with his head, and then bounced headfirst on to the pavement.

‘The paramedics and the doctors said the cycle helmet saved his life, so I still have a son and he’s now 18…Youngsters shouldn’t have to worry about peer pressure – wearing a cycle helmet should just be the law.’

Cycle of care: Caring for bike injuries at the Royal London