Cycle of care: Caring for bike injuries at the Royal London 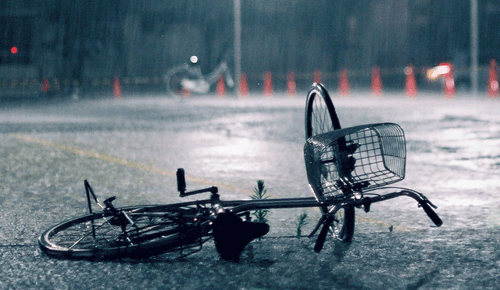 Pedal-power is gaining momentum in the UK, as more and more people ditch public transport and opt for two wheels rather than four.

Commuting to work by bicycle is increasingly commonplace, and the benefits are numerous – it’s environmentally friendly, good for your health and saves lots of money. But as the number of cyclists rises so, sadly, does the incidence of related accidents and fatalities.

Figures from the Department for Transport show that 118 cyclists were killed in accidents in the UK in 2012, and a further 3,222 were seriously injured. This was 32 per cent higher than the average number of ‘killed or seriously injured’ cyclists recorded each year during the period of 2005-2009.

In London the rise appears even more dramatic, with data from Transport for London revealing that annual cyclist deaths in the city, for the 18 to 58 age group, have risen by 85 per cent since 1986.

And last year the death toll in the capital came under close scrutiny after 14 cyclists lost their lives, with nine dying within the space of two weeks.

In London, severely injured cyclists are transported to one of four major trauma centres, one of which is the Royal London hospital in Whitechapel.

Following its move to a new building in 2012, the Royal London has become the largest stand-alone acute hospital in Europe, and home to London’s Air Ambulance service. It treats more than 1400 injury patients each year, more than any other centre in the UK,  and boasts a strong track-record for successfully treating cyclists.

Since 2004 almost 800 injured cyclists have been treated by the hospital’s trauma unit, and more than 750 have been saved.

The hospital’s success rate with severely injured cyclists is in part due to the development of a pioneering role for physiotherapists.

Pip Nott is clinical lead therapist for occupational therapy (OT) and physio for trauma and orthopaedic, plastics, renal, vascular and amputees at the hospital.

She explains that the trauma service first started in 2005 but the care pathway has evolved over the years and the hospital has now revolutionised its approach to patient rehabilitation.

‘In the old hospital, before the service was introduced we had a situation where trauma patients were dotted around the wards and there was no cohesion of their care,’ says Ms Nott.

‘They would be seen by several different surgical teams and no one was looking at the person as a whole and ensuring that their pathway through the hospital was the best it could be.’

To tackle this problem the trust created a trauma ward and Ms Nott helped develop a new role for a specialist physiotherapist, who would help streamline the service, prevent time wastages and ensure a more joined-up approach to patient care.

Camille Devaux, a band 7 highly specialised physio in major trauma, took up the post and has now worked at the hospital for three years.

She is responsible for a team of OTs and two band 5 physios, one band 6 physio and a support worker on the trauma unit and the plastics and orthopaedics wards.

Ms Devaux says she deals with a diverse patient caseload. Trauma patients, including cyclists, typically have a complex range of injuries, and this requires her to employ specialist knowledge in a wide number of areas – including neurological, musculoskeletal, orthopaedic and respiratory fields.

‘Previously, if we had a patient who had for instance head injuries, an amputation, pelvic fractures and some chest trauma they could potentially have four different physios involved with them, as well as other therapists,’ says Ms Devaux.

‘But now patients have one key contact and a regular physiotherapist that they see most of the time.’

Whatever the cause, people injured in an accident are either taken to intensive care, for life saving surgery, or admitted straight on to the hospitals’ trauma ward. Ms Devaux and her colleagues see all new patients on the trauma ward as soon as possible, within 24 hours of their admission.

‘We see a real mix of injuries,’ says Ms Devaux.

‘A lot of cyclists come in with chest, abdominal and pelvic trauma and limb injuries, but we’ve also had patients with traumatic brain injuries and spinal injuries. It depends on the mechanisms of the accident – how they’ve been hit and how they’ve fallen off their bike.’

Ms Devaux says the worst injuries she has seen inflicted on cyclists have been as the result of collisions with heavy goods vehicles (HGV), such as trucks. These often result in heavy blood loss and severe crush injuries, which require major skin grafts, flaps and extensive lower-limb or upper limb reconstruction.

‘If the wheel of an HGV goes over your pelvis you end up with some quite horrific internal as well as orthopaedic and soft tissue injuries,’ says Ms Devaux.

‘And pelvic fractures are some of the worst, in terms of long-term outcomes, because they can lead to damage of the bladder, bowel, continence problems, peripheral nerve damage, chronic pain and loss of sexual function. So they are particularly nasty injuries that need a lot of rehabilitation.’

The hospital’s trauma ward contains a modern, well-equipped amputee gym but Ms Devaux insists the service does not use any ‘fancy equipment’ or specialised rehabilitation techniques.

‘We don’t do anything different in terms of our rehabilitation practice – but we do need very specialist skills and knowledge,’ says Ms Devaux.

‘We have to know how all the different injuries link together and how they will affect that patient. And we have to be aware that some techniques might be contra indicated because of other injuries. So there’s a lot of problem solving that goes on.’

The scope of injuries sustained by injured cyclists results in a wide range of rehab needs. The majority of the cyclists the service treats are men aged between 18 to 75.

Because many of the injured cyclists are young and, combined with the fact that regular cycling improves physical fitness, this often means that their rehabilitation outcomes are good.

In addition, Ms Nott says that being a regular cyclist may also provide injured patients with a reserve of mental and physical stamina that they can apply to their rehabilitation.

‘If you are someone who normally gets on a bike on a daily basis then you are already someone who automatically exercises in some way. So you have a predisposition for exercise, and you may also have developed an attitude that helps,’ she says.

Ms Devaux agrees and says: ‘A lot of them are incredibly inspiring, as they often have life-changing injuries and have to deal with the long-term physical and psychological implications of those, and yet they manage to return to relatively normal lives. And, amazingly, a lot of them do get back on their bikes.’

Despite the rising number of cycling injuries, cyclists only account for five per cent of admissions to the hospital’s trauma service, and the national cycling charity CTC claims that evidence shows that you are more likely to be injured during an hour of gardening than an hour of cycling.

‘You could say cycling is dangerous and you can have horrific injuries,’ says Ms Devaux.

‘But if you put it in the context of the rest of the injuries on the ward, then you see all the different things that happen and cause people to be here. Things like stones falling off buildings, someone falling off a bar-stool, crossing the road, there’s so many things in life that could cause you injury – but there’s something about cycling that makes it seem more dangerous, and that could be down to media attention.’ fl

An audit of patient experience on the hospital’s trauma unit (undertaken in November 2013) scored 100 per cent for patient satisfaction.

In 2011 James Moore, a journalist at the Independent, was cycling home from work when he was hit by an HGV.

‘I went under the wheels and was trapped there for quite some time,’ he says.

Mr Moore was flown by air ambulance to the Royal London for life-saving surgery.

After four weeks in intensive care he was transferred to the trauma ward. The physios there offered ‘light in a very dark tunnel’ and he is full of praise for the care they provided.

‘The physios were great. They saw me most days and they were a lifeline, because to me they represented a way out,’ he says.

The accident left Mr Moore with permanent nerve damage in his legs, which means he cannot walk well and needs crutches. ‘But I now work full time from home and regularly play wheelchair basketball.’