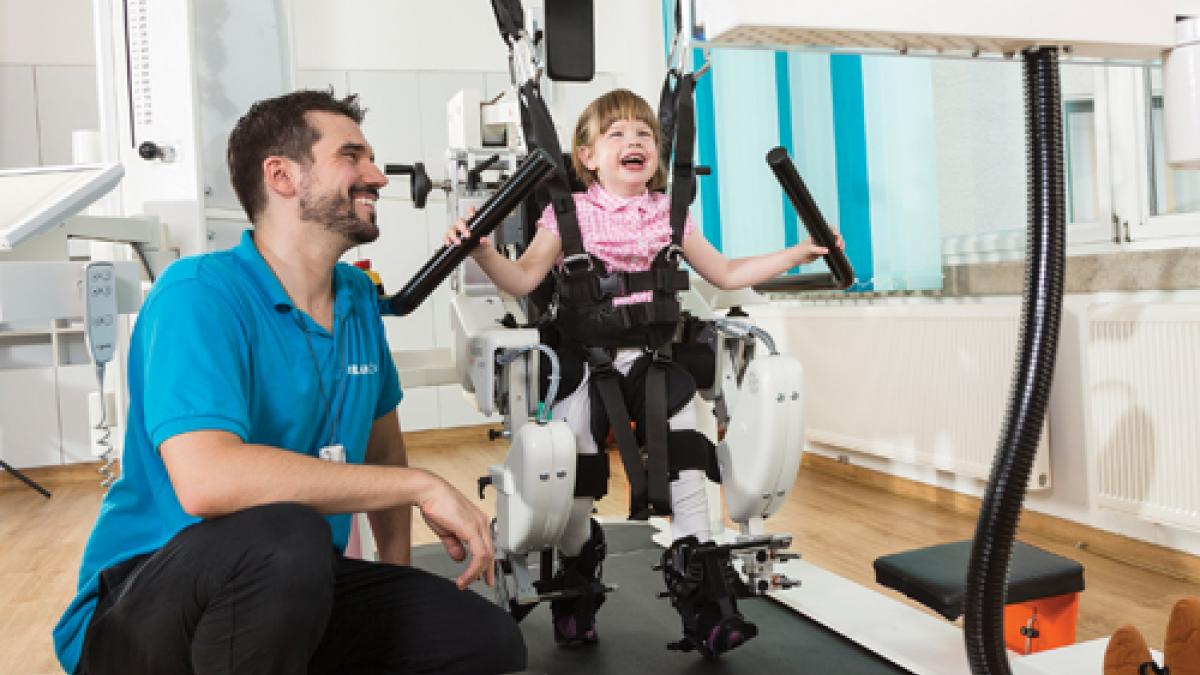 Delegates saw robotics in action but were reminded that 'Robotic training is only as good as the physiotherapist leading it.'

He demonstrated the pioneering movement therapy used at the University Children’s Hospital of Zurich via a series of short videos to illustrate the robotics in action.

Delegates were introduced to the Erigo tilt-table, an early rehabilitation tool that combines gradual verticalisation with cyclic robotic leg movement.

She also spoke about some of the cons of using robotics in childhood rehab such as the ‘laboratory setting’ as sessions take place at the Research Centre in Zurich, Switzerland.

The use of robotics is also costly, she said. Additionally, families can have high expectations so setting realistic treatment goals is important.

Dr Meyer-Heim explained how the Lokomat device is able to understand where the child wants to go, enabling young patients to walk freely and safely.

The Lokomat also has a virtual reality (VR) function that is useful for arm and hand rehabilitation. The VR set-up enables young patients to play games and direct character movements using a combination of hand and gait function.

The games are fun to play and help to entertain children during their rehabilitation sessions. ‘This is not a boring ball that you have to squeeze 20 times,’ said Dr Meyer-Heim.