Many physiotherapy students are anxious about the use of biomechanics in rehab, according to a lecturer in biomedical engineering. 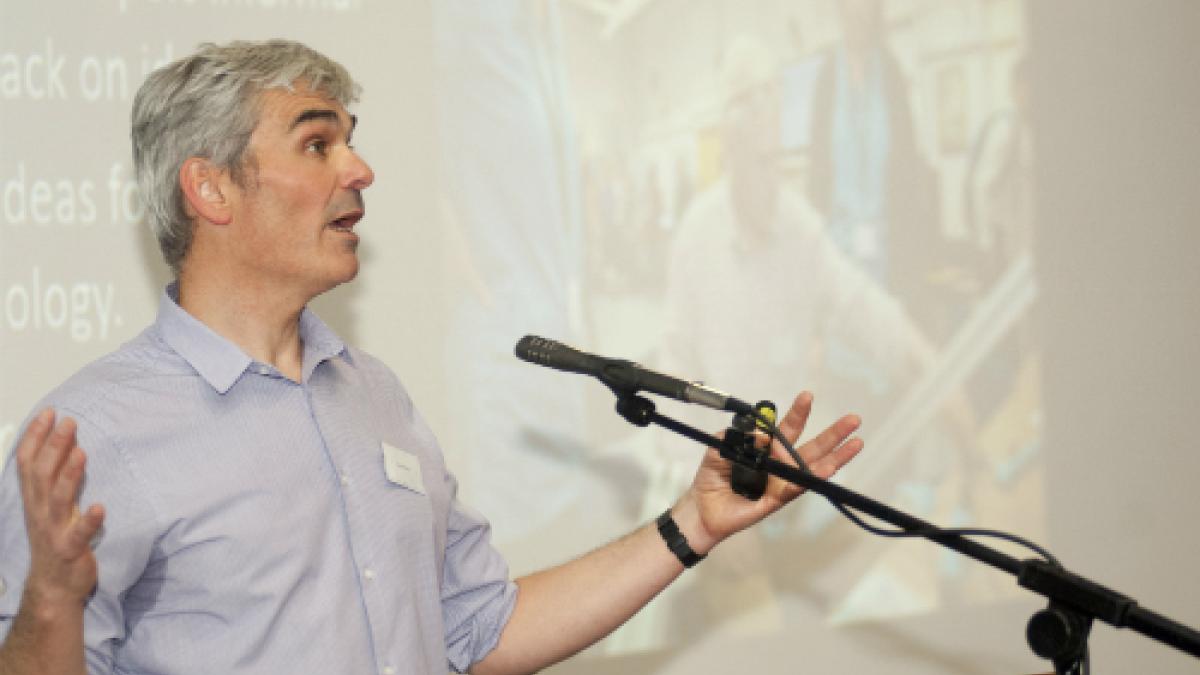 Andy Kerr, who is also a researcher at the University of Strathclyde, spoke about the issue during a keynote speech at the Scottish Physiotherapy Student Conference 2017 (SPSC17) in Edinburgh on 28 October.

Dr Kerr has worked on several projects associated with stroke rehabilitation and the use of technology to support its delivery and evaluation.

And his primary research interest is the study of human movement, shaped from many years as both a clinical and teaching physiotherapist.

He asked the conference whether the solution to delivering rehabilitation is technology and provided details of a study that counted the number of sit to stand movements performed during the rehab of older people who have had a stroke.

Some participants were fitted with sensors, he explained, and an avatar on a screen moved in time and told them when to push up.

Dr Kerr said: ‘There are too many barriers to the use of technology: cost, dogma, complexity, access, NHS firewalls that stop apps and staff fear of being replaced by therapy robots.

‘There are not enough physios and the technology cannot replace your skills and knowledge. My aim is greater integration of technology and more use. Next year there will be a master’s level course in technology and health.’

Dr Kerr’s research into gait and recovery of walking function suggests that, although 80 per cent of stroke survivors do recover some walking ability, they are too slow and unskilled for the challenges of walking outdoors.

He has also been involved in a study that combined virtual reality with treadmill training for stroke survivors. People taking part followed virtual 'road and forest paths' and the treadmill slowed when users stepped over ‘objects’.

This feasibility study found treadmill walking (with and without virtual reality) to be similar enough to overground walking to justify it as a training modality for chronic stroke patients, who had already attained some independence in walking.

Installation of the equipment currently costs £600,000 to £1 million, but work is ongoing to use cheaper TV screens.