MPs pass bill that will curb right to strike

The government’s controversial trade union bill has moved a step closer to becoming law, after it passed its final reading in the House of Commons on 10 November. 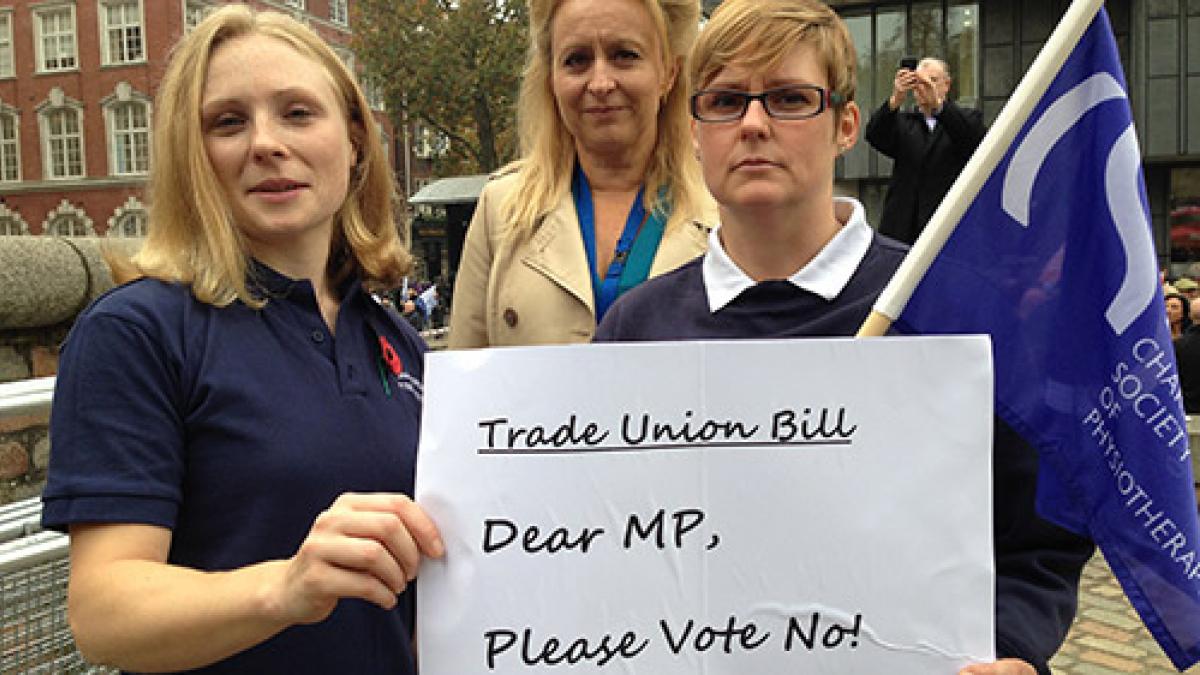 More than 40,000 people have signed a TUC petition and written to MPs and ministers to oppose the bill, which includes proposals to:

• allow agency workers to substitute for people on strike

The bill’s final reading in parliament saw MPs vote 305 in favour with 271 against, giving the government a majority of 34. The legislation will now be debated in the House of Lords.

Ahead of the vote CSP members voiced their concerns by joining a TUC- coordinated lobby of MPs in Westminster on 2 November.

Claire Sullivan, CSP director, told Frontline: 'This bill is unnecessary, undemocratic and potentially unsafe for patients. It’s deeply concerning that the government has failed to recognise the strength and breadth of opposition to it.

'I'd like to thanks all CSP members who have joined in the efforts to stop the bill.

'We'll keep campaigning, together with others, as the bill passes into the Lords and we'll keep CSP members posted for any further actions they could take to assist the campaign.'

Commenting on the outcome of the vote TUC general secretary Frances O’Grady said: ‘This bill is not fit for purpose and should have no place in a modern democracy.’