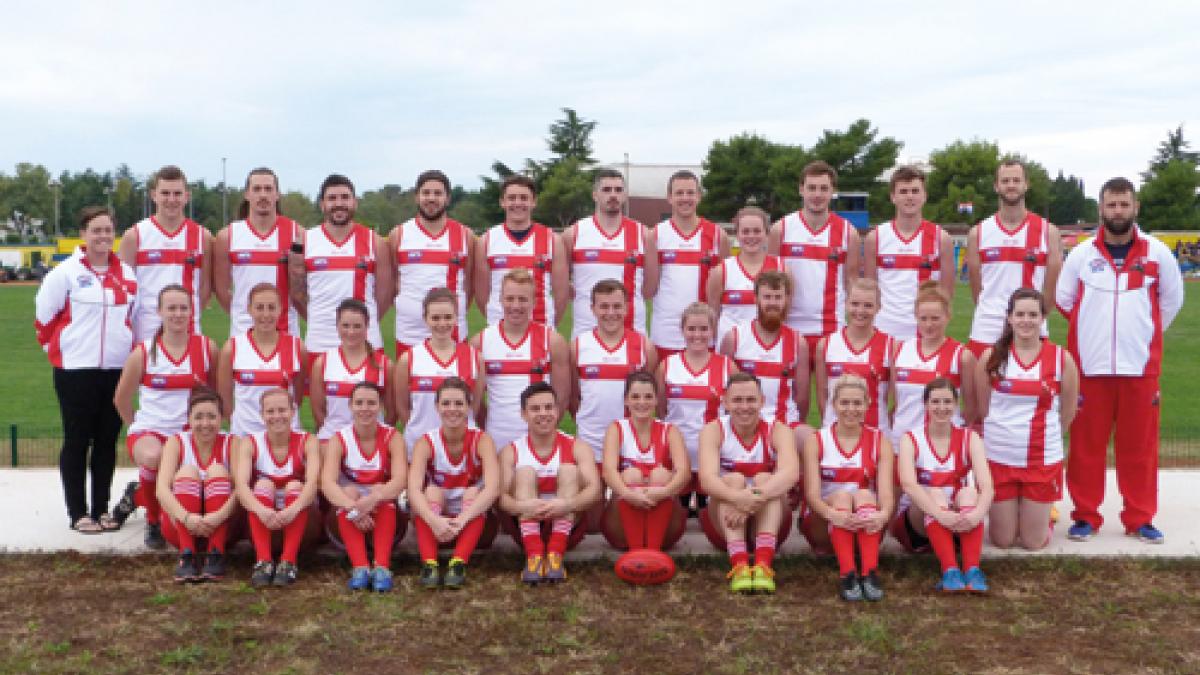 The trio – Lucy Henderson, Lea Siobhan and physio student Chloe Hall – were part of the England women’s squad that defeated Denmark in a cup final in Croatia last month.

They were selected from regional ladies leagues to play for the England Vixens, part of AFL England, the national governing body for Australian rules football.

All three members are relative newcomers to the sport, which is growing in popularity in the UK. ‘I played rugby for a couple of years but I hadn’t heard of Aussie rules football until I was working in a pub and my Australian supervisor suggested I join my local team in Wandsworth, south London,’ explained Ms Henderson.

‘It’s a full contact sport and I love it because it’s completely different to any sport I’ve played before – in Aussie rules the ball can go in any direction, rather than just backwards like in rugby – so it’s very fast paced,’ she said.

Members can find a local team at www.aflengland.org