Physio 15: Physios should be core part of response to humanitarian emergencies

Physiotherapists have a vital role to play in medical teams that respond to natural disasters and emergencies. 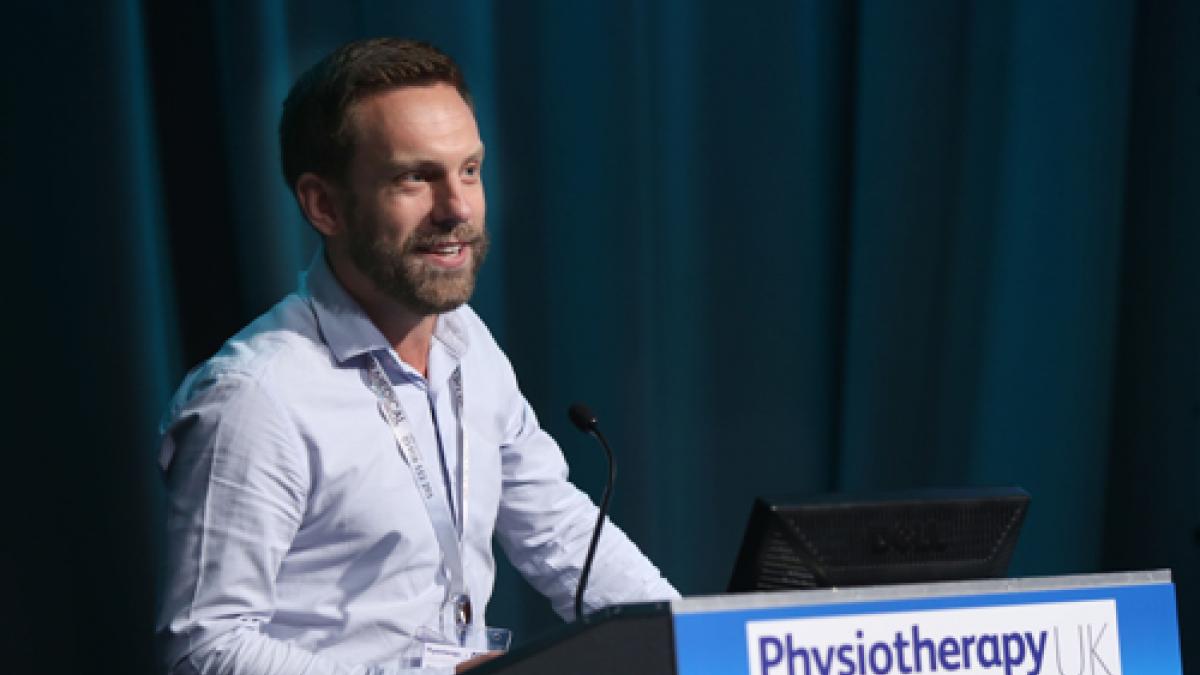 Physiotherapist Peter Skelton has been deployed to Haiti, Nepal and the Philippines. Photo: Lorne Campbell/Guzelian

This was the message from Peter Skelton, physiotherapist and rehabilitation project manager at Handicap International.

He told delegates about the emerging role of physiotherapists in humanitarian response and his work over the last two years, integrating rehabilitation into the UK Emergency Medical Team.

Drawing on his experience of being deployed to disasters in countries such as Haiti, Nepal and the Philippines, he said: ‘Physiotherapy is starting to become a central part of global humanitarian response. And we play a critical role, which goes way beyond just rehabilitation.

‘The role of physios in emergency situations differs significantly depending on the context. We may find ourselves working in a field hospital providing acute surgical care, working on an outpatient basis,  providing care in people’s homes or providing prosthetic provision in a temporary clinic.’

Delegates heard that the role of rehabilitation professionals in responding to humanitarian emergencies is increasingly recognised in global guidance.

The 2012 Sphere Handbook, produced by a network of humanitarian agencies, provides clear guidance that rehab should be a core focus for any medical teams responding to disasters, according to Mr Skelton.

In addition, he told delegates that he had been working with the World Health Organization to create minimum standards for rehabilitation for medical teams responding to disasters.

‘This is a major step forward, as it means that all international emergency medical teams will have to include rehabilitation in their responses,’ he said.

Mr Skelton said that disasters such as earthquakes and tsunamis are on the rise and that data showed that mortality from disasters is decreasing, while the number of people affected by humanitarian disasters is increasing.

‘This means that more people are surviving disasters and these people often have complications. Better medical care means people with more complex conditions are surviving, and this mean there is more rehab work for us to do.’

Delegates heard that the UK is inviting physiotherapists and occupational therapists with both broad and highly specialised trauma skills to join the UK International Emergency Medical Register, managed by Save the Children, UK Med and Handicap International.