Two NHS physiotherapists were part of a multi-national team of emergency responders who took part in what is thought to be the world’s largest humanitarian disaster simulation exercise. 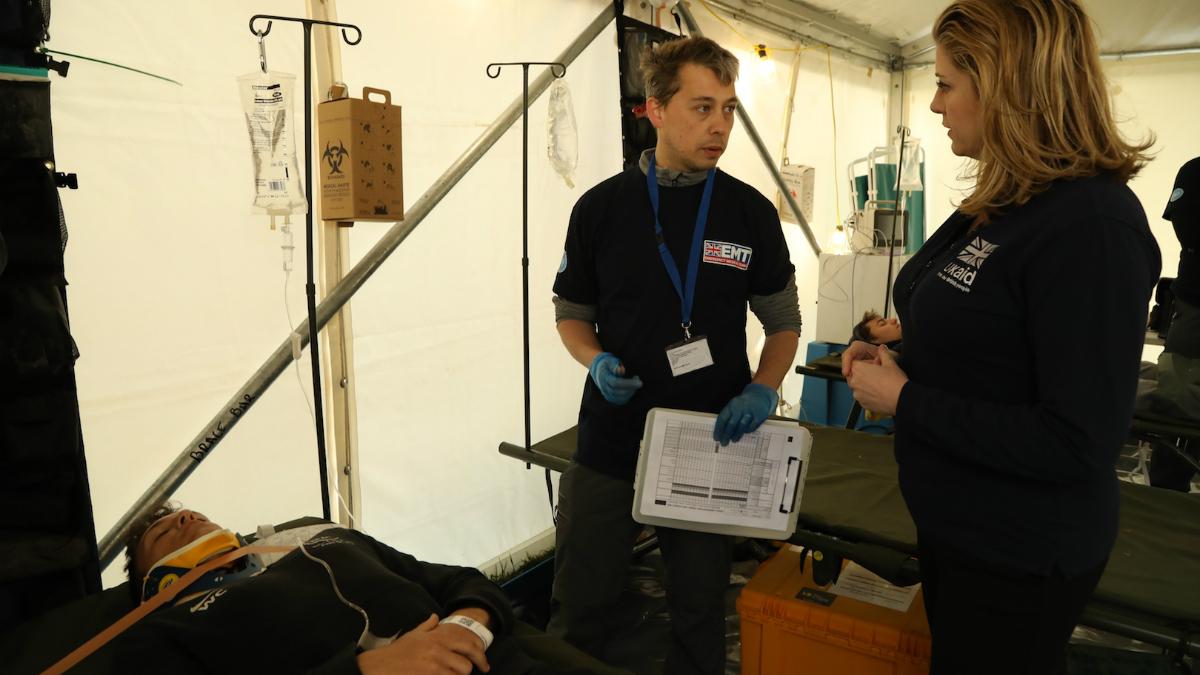 International development secretary Penny Mordaunt watches on as a medic treats a patient in the resuscitation tent at Simex 2018. Photos: Department for International Development

Over 3,000 people including professional actors, students, children, and emergency personnel were involved in the three-day Simex 2018, held in Portsmouth last month, which simulated a cyclone followed by a landslide, fires and mass casualties.

They are members of the UK Emergency Medical Team (UK EMT) which is funded the Department for International Development, and is a consortium including government, international humanitarian support organisations Humanity and Inclusion and UK-Med, and the Fire and Rescue Service.

Ms Purcell said the exercise was ‘an amazing experience’. ‘It gave us the chance to test out what we had learned in theory, troubleshoot potential problems, find what works and where there are difficulties. It also raises the importance of having rehabilitation services in place for when the emergency teams are gone.’ 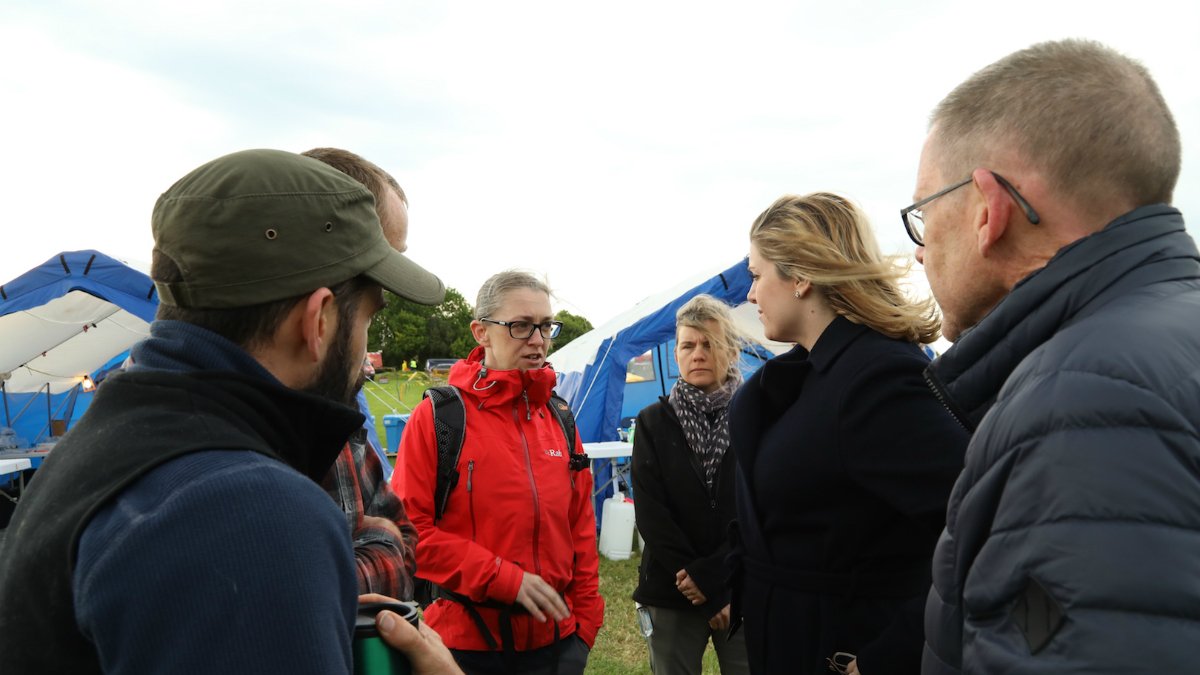 Meanwhile Ms Clift said they were seeing 150 patients a day. ‘It all feels very real. We were up at 6am and didn’t get a debrief until 10pm, then it was food and bed. We were also woken a few times in the night.’

The exercise placed the emphasis on realism with participants sleeping in tents, eating Army rations, and using the most basic of toilet and washing facilities.

‘It was very challenging from the start,’ Claire said: ‘Our “landing” was played out as if immigration officials were hostile. We then had to set up a field hospital, which was seeing patients before it was fully set up. In the middle of the night, the local militia invaded the camp and we were evacuated to a safe place.’

Peter Skelton, a physiotherapist by training and the rehabilitation programme manager for Humanity and Inclusion, said: ‘What this sort of exercise does is expose the team to the kinds of stresses that they would encounter and so makes it much more real for them. It also helps build multi-agency team working as there were people from so many organisations involved.’