The voice of physiotherapy was heard loudly on the streets of Manchester yesterday when tens of thousands protested against attacks on workplace rights and deep spending cuts. 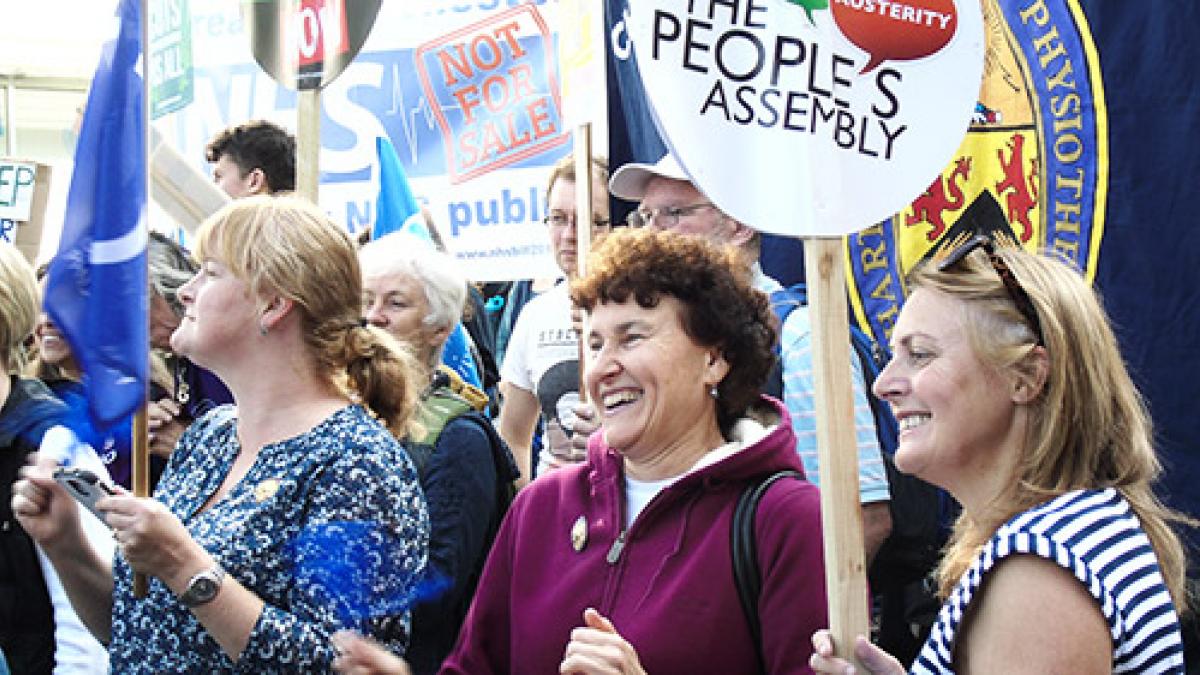 CSP members joined other health care professionals at the protest

The event, called by the TUC, was the biggest protest in the city in recent memory. Manchester City Council said numbers reached 100,000. 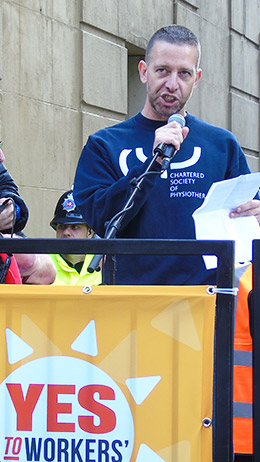 From a podium, Donnie Anderton (right), a CSP steward at Central Manchester NHS Trust, argued for more investment in the health service to match rising demand.

‘Physiotherapy staff see the impact of the government’s austerity policies in the deteriorating health of our patients. There’s a strong link between poverty, inequality and ill health,’ he said.

Pointing out that physiotherapists had been on strike just twice in the last 30 years, on each occasion for just one day, Mr Anderton stated that the government’s trade union bill was not only unnecessary, but unfair and undemocratic.

He told the demonstrators that proposals to use agency workers during industrial action were not safe for workers, nor for NHS patients.

‘There simply is no workforce with the right training, skills and experience to substitute professionals,’ he said.

Mr Anderton urged the marchers to 'continue to make the argument for a fairer, more sustainable alternative (to austerity)'.

He received huge cheers when he concluded: ‘Let’s make sure the government know that their austerity policies and their trade union bill are bad for the nation’s health.’

Marching alongside their midwife, allied health professional and doctor colleagues, other CSP members told Frontline why they had come out on a Sunday afternoon.

Jolly Barrow, a specialist physio in acute rehabilitation who works in Manchester, said: ‘I feel it’s important for physios to be here today. I’m not happy about the privatisation and the erosion of the NHS. We’re fighting for it and must not let it happen.’

Sarah Townend, an advanced physio in women’s health in Yorkshire, told Frontline: ‘It’s important to make a stand against the government taking away welfare benefits and eroding our right to strike.’