CSP members march in Birmingham for the NHS

Physio staff joined thousands of people in Birmingham on 2 October to protest against austerity policies and call for more investment in the NHS. 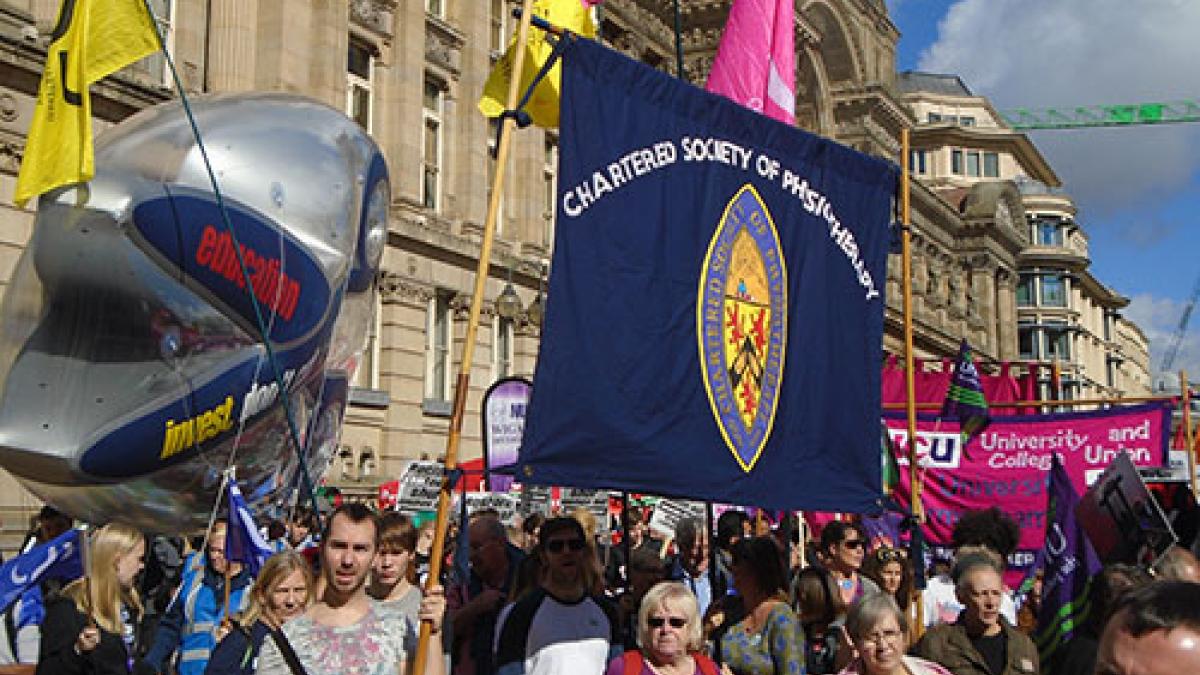 CSP members raised the society’s flag at the protest march

Physio staff joined thousands of people in Birmingham on 2 October to protest against austerity policies and call for more investment in the NHS.

'I attended because the NHS is badly overstretched and underfunded - our patients and NHS staff deserve better,’ said Ms Taylor.

‘I was proud to march with my colleagues and friends. And it was nice to see members and staff attend the march. It was also great to meet and develop friendships with other trade unionists, and show solidarity.'

The protest march snaked its way from Victoria Square along New Street to Millennium Point. And marchers, who had travelled from all over the UK, enjoyed a party atmosphere, with drummers, steel bands and klaxons sounding out.

A range of trade unions were represented - with Unite's steelworkers from Port Talbot leading the parade.

Ravi Subramanian, the regional secretary of West Midlands Unison, the largest union in health, said austerity policies had 'failed our country, failed our economy and failed our people', and he called on the government to end public spending cuts.