Nearly 30 physiotherapy support staff from Betsi Cadwaladr University Health Board attended an event on 21 April to hear about opportunities to study for a diploma. 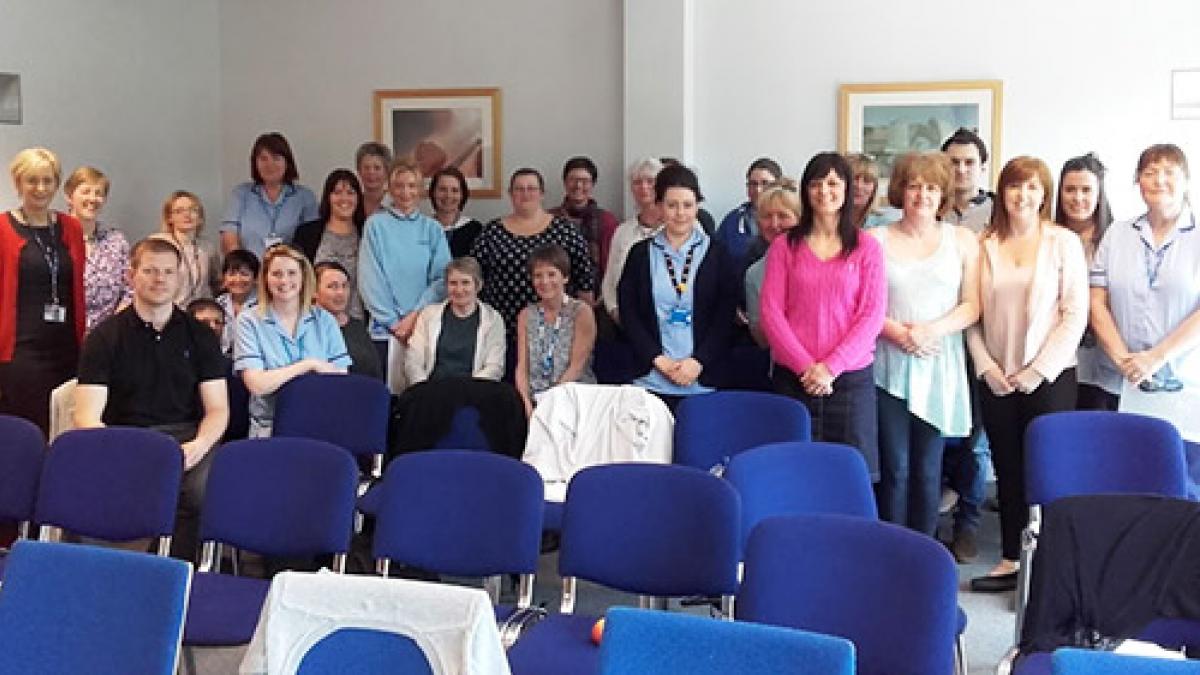 Launched last October by the Welsh government, the support workers’ diploma is the first qualification of its type in the UK. It was designed to develop skills and provide a qualification that will be recognised across Wales.

Jan Fereday Smith, head of physiotherapy at Betsi Cadwaladr, led the event in St Asaph, Denbighshire. The CSP was represented by public affairs and policy manager for Wales, Philippa Ford, who said: ‘I was really enthused by the day. There was lots of interest from participants and some good questions about how it would work in practice.’

Ms Ford said she had wanted to tell everyone how the diploma had been established, starting in 2014 with a development group that included representatives from the CSP and every Welsh health board and trust.

‘I’m very positive that the diploma will create an opportunity for all non-registered staff to be trained to the same level of competency in their particular area of physiotherapy,’ said Ms Meayers.

‘And we really want as many people as possible to engage with this.’

Meanwhile, Ms Ford said she was pleased with the strong support from the body that will award the diploma, Agored Cymru. She also said that healthcare organisations elsewhere in the UK had shown an interest in the initiative.