Two military physiotherapists have helped some of the world's best known cricketers to raise money for wounded British soldiers. 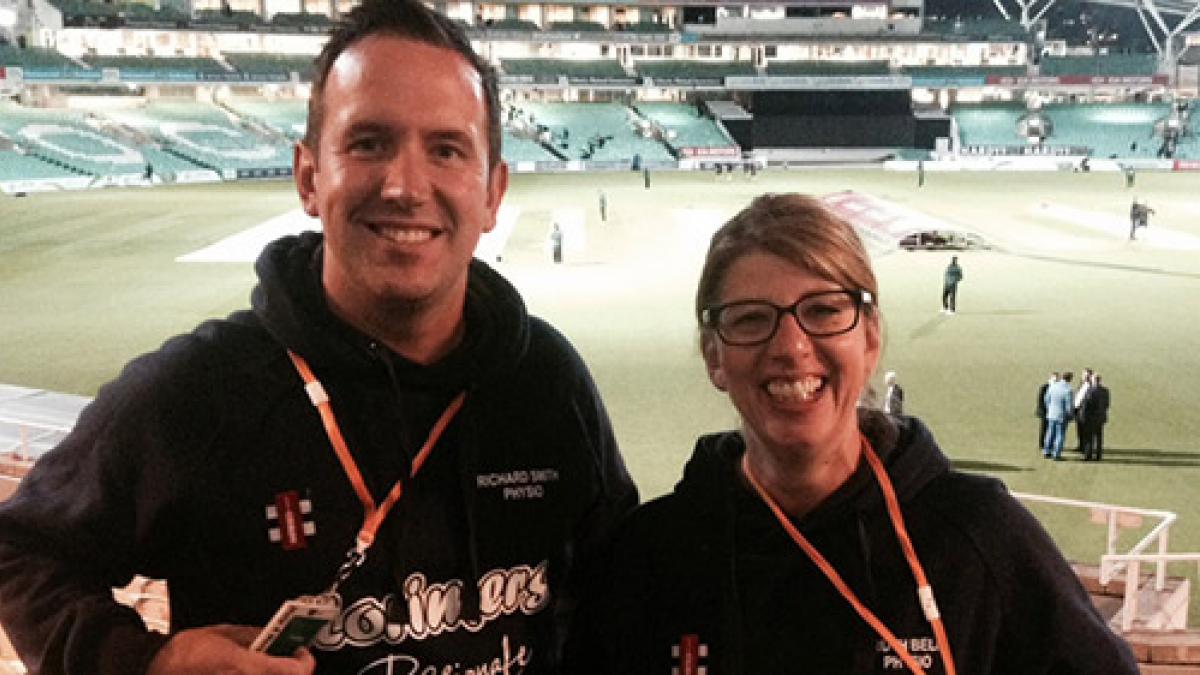 Musculoskeletal specialists Richard Smith and Ruth Bell provided support at the Cricket for Heroes Twenty20 fundraising match at the Oval in London on 17 September.

It was organised by UK charity Help for Heroes to raise money to support wounded soldiers and their families.

The physios took time off from their roles at Catterick Garrison in north Yorkshire to treat a mixture of  current and retired high-profile cricketers taking part in the event.

Mr Smith told Frontline: ‘I contacted Help for Heroes and asked if they had any medical coverage and they said they love for us to do it. So we got permission from our chain of command for time off and we volunteered.

‘I’m a big cricket fan myself and play at quite a high level, so it’s great to be involved. But the main reason is to try and raise the profile of Help for Heroes and make people aware of the work we do with injured personnel, as well as those who are currently in service.’

Mr Strauss, England’s director of cricket, led the Help for Heroes side against a Rest of the World team captained by New Zealand's Brendon McCullum.

The Help for Heroes team won the match, defeating the Rest of the World squad by four wickets. The event attracted 20,000 spectators and raised nearly £300,000.