A charity in Salford, Greater Manchester, is inviting people with neurological conditions to have a virtual reality experience that exercises their bodies and minds. 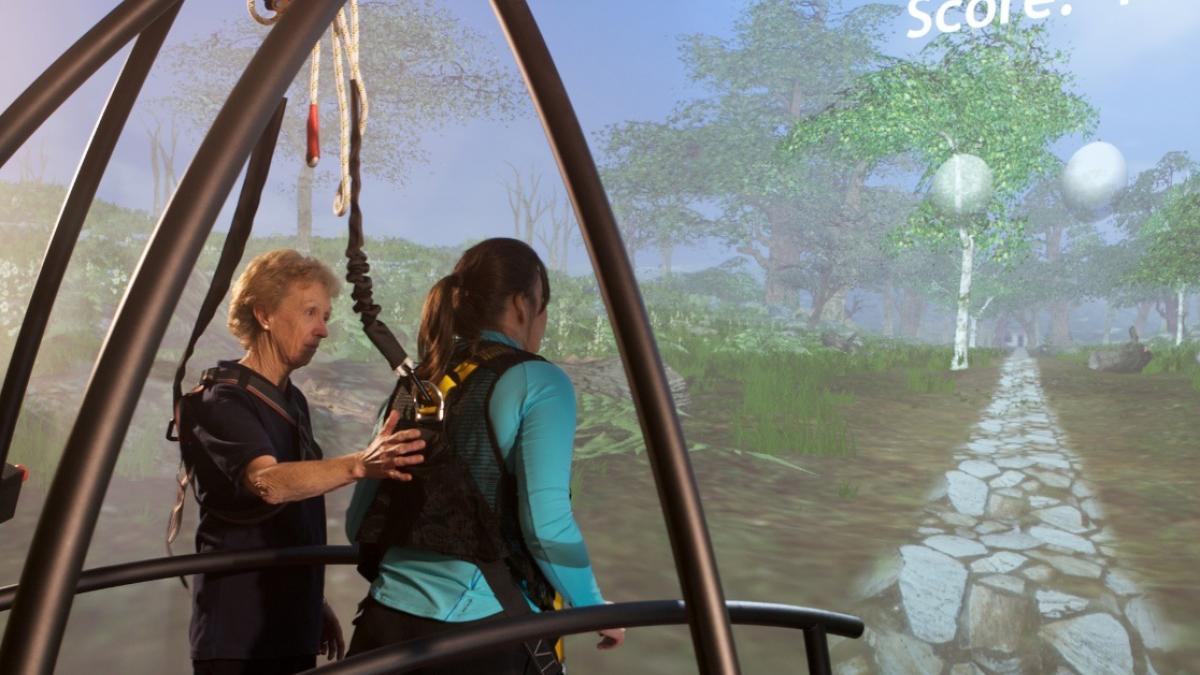 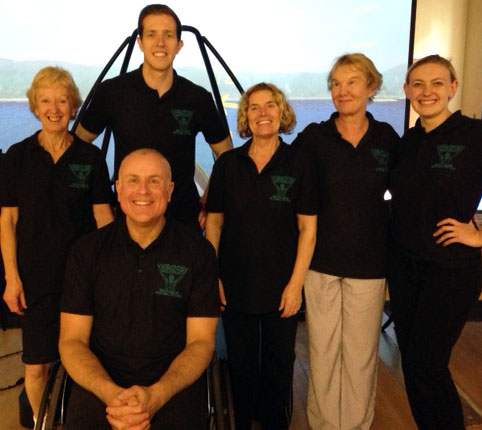 Operational team members include physios Lizzie Allsop and Sylvia Moss, who specialises in neurology. Ms Moss told Frontline that the charity’s virtual-reality system is the first to be made available to adults in community settings in England.

‘It allows people to exercise physically and stresses their balance and cognitive functions as well,’ said Ms Moss.

She explained that users stand on a treadmill in front of a giant 180- degree screen that curves around them. They feel safe in harnesses and can immerse themselves in virtual reality. A treadmill platform moves and tilts, meaning users have to balance while walking.

Since it was installed in March, the system has helped to treat people with multiple sclerosis, stroke and head injuries. The team also plan to use it with clients who have mild to moderate dementia. Users can self-refer, while locally-based organisations such as the Stroke Association, the MS Society and the NHS can also make referrals.

Feedback from users has been positive and a full analysis of the system is underway, a spokesperson said.

The charity purchased the CAREN from Motek Medical. 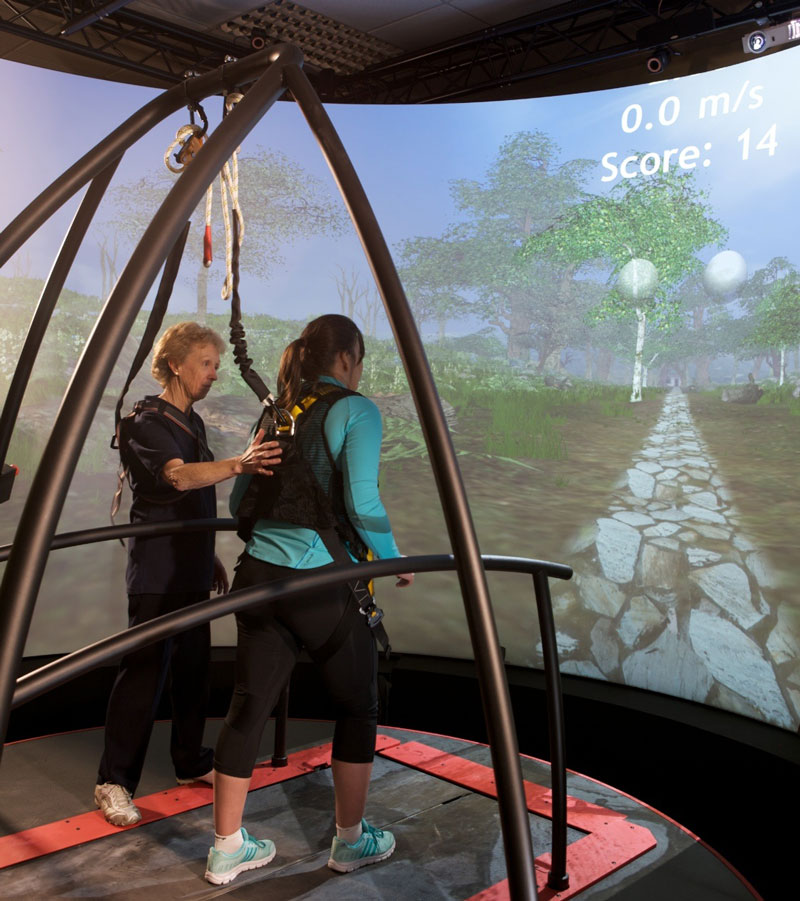 The treadmill platform moves and tilts, meaning users have to balance while walking

The Brain and Spinal Injury Centre