The UK government has apologised for ‘any undue suffering’ caused by the pandemic delaying the treatment of people with rehabilitation needs. 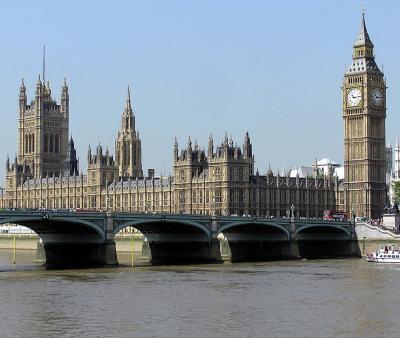 It comes as MPs from all parties backed calls for the introduction of a national rehab strategy in England to support people with long-term conditions.

In a House of Commons debate this week, Conservative MP Bob Neill outlined the impact of the pandemic, social isolation and unavoidable suspension of services. Describing rehabilitation as 'the Cinderella end of the service' he highlighted the 'lack of consistent provision even before the pandemic'.

He paid tribute to the 2021 joint paper “Moving forward stronger” led by the Alzheimer’s Society and supported by 20 organisations including the CSP, RCOT, Stroke Association and the Spinal Injuries Association. 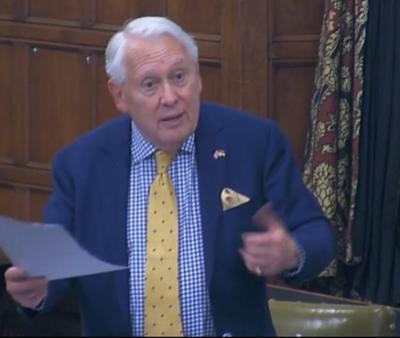 Sir Bob highlighted the redeployment of the NHS workforce and suspension of many community rehab services which led to long waiting lists and deterioration in people with long-term conditions such as stroke, cerebral palsy, dementia and motor neurone disease. He called for an urgent plan to deal with workforce shortages. Whilst he acknowledged that restrictions were necessary, they also impacted on health.

an urgent plan with funding behind it and a set of measures and goals, and a means of measuring attainment of those goals is needed to ensure that people with long-term conditions are no longer left behind.

Sir Bob Neill also recalled his own personal experience, following his wife’s stroke in summer 2019 and poor access to longer term stroke rehab and need to expand the rehab workforce. He warmly welcomed the appointment of Jenny Keane as the NHSE’s first director of rehabilitation but repeated his call for a new rehab workforce strategy.

'We have discussed in the House before the real problem with a workforce strategy,' he said.

Allied health professional representative bodies have all said that they are willing to step up to the plate, but they need the numbers….We need to do more on that. We need a strategy for recruitment and a strategy for retention.

Fellow Conservative MP, Elliot Colburn said: 'I believe we need to see determination from the Department [of Health and Social Care] to deal with the backlog of deterioration that we have seen among those with long-term conditions.

'If planned properly, the rehabilitation strategy is an opportunity to reduce pressure on other services in our health and social care system.'

Labour MP and former physio, Rachael Maskell, took the opportunity to highlight the impact of early discharge during the pandemic:

We know that once somebody goes home they do not have the physio nagging them every day and telling them to do certain things, so their function deteriorates unless there is good community intervention. 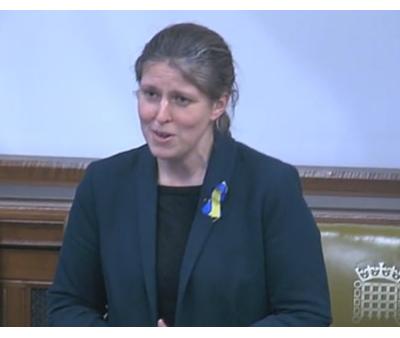 Ms Maskell highlighted the need to ensure that people have access to a hybrid physiotherapy service model including in person delivery where 'body-to-body contact is absolutely crucial in the development of interventions'.

She went on to express concern that 'the focus, politically and clinically, will be on the elective list,' as well as acute care and GP waiting lists and people with long-term conditions will remain 'the poor relation. We cannot let that situation continue.

'One in five people receive post-hip fracture rehab on discharge. I know of many cases where all the money is spent on repairing somebody’s hip or getting them a new hip, then getting them up, standing and walking in hospital, only for them to go home and just sit in a chair.

Those patients then become fearful, which means social care has to come in, costing the NHS and the care system. It also means that somebody loses their independence, which is the biggest cost of all. This issue needs to be addressed.

The DUP’s health spokesperson, Jim Shannon said: 'During the first wave of the pandemic, many professionals who provide rehabilitation were deployed to acute services for Covid-19 patients. We understand the logic behind that, but there is an impact and there are side effects, which we are pointing to. Community services are vital in helping to support people with long-term conditions.'

Labour shadow health minister Andrew Gwynne gave a stark warning: 'Make no mistake: ignoring rehabilitation and long-term care has a massive impact on patients and the NHS more broadly. If we do not provide people with the proper treatment as soon as they need it, they will rely on the health system more and more. Put simply, rehabilitation is preventative.' 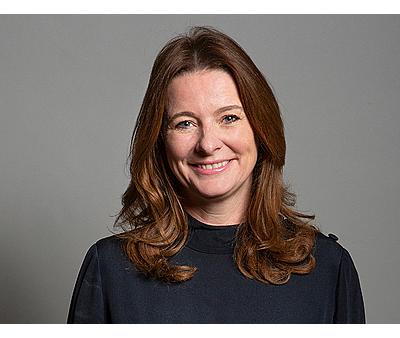 In response, the Conservative health minister Gillian Keegan said rehabilitation had been ‘vital’ to her own father’s recovery from a recent stroke. She acknowledged that '[Covid] has had a real and profound impact on people with rehabilitation needs and their treatment' and apologised for 'any undue suffering that that has caused.' She also recognised the vital role of multidisciplinary teams including physiotherapists, OTs and speech and language therapists.

She committed to ensuring that services are 'suitably tailored to meet patients’ often complex needs' and delivering 'personalised, needs-based stroke rehabilitation to every stroke survivor who needs it'.

Brynnen Ririe, CSP's public affairs lead for England, said she was pleased to hear the minister recognising the vital role that physios play in supporting people’s recovery and hoped that the government would keep their word in delivering personalised needs-based rehab to every person who needs it.

She said: 'We are really grateful to Sir Bob Neill for securing this important debate highlighting the impact of the pandemic on people with long-term conditions and calling on the government to deliver a rehabilitation strategy.

'It is really positive to hear the minister acknowledging that the voice of rehab must not get lost in the focus on clearing the elective care backlog. However when rehab is not even mentioned in the elective care plan the government must urgently review plans to ensure that rehab services have the workforce and resources they need to ensure those people on waiting lists and living with long-term conditions can recover as well as possible.'