The CSP will join events marking the first anniversary of the murder of George Floyd on 25 May and is calling on members to participate. 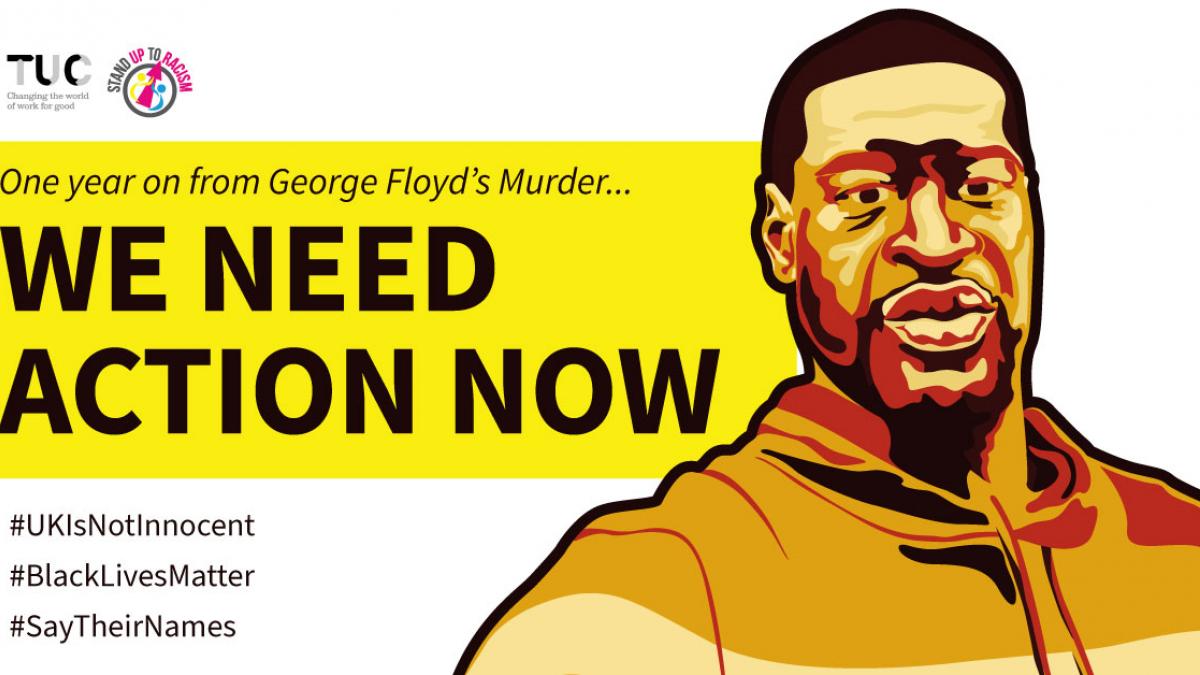 The 46-year-old African American was killed last year during an arrest by police in Minneapolis. His death sparked global protests and the resurgence of the Black Lives Matter movement.

It brought to the fore the daily experiences of overt racism, unspoken discrimination, and structural racism of Black, Asian and minority ethnic communities in the US, UK and other parts of the world.

It was a catalyst for overdue change and, like many other organisations, the CSP has spent the past 12 months focussing on what it can do to become an anti-racist organisation and pro-inclusivity in all forms, both for our members and staff.

The CSP is taking part in TUC events to mark the anniversary and is encouraging members to:

A day of solidarity, reflection and respect

Commenting on the plans to mark the anniversary, CSP chief executive Karen Middleton said: ‘It is a day of solidarity, reflection and respect. There has been an emotional toll on our members and staff as a result of his murder, the trial, the verdict, and now the one-year anniversary. But George Floyd’s legacy should not be underestimated.

It has opened many people’s eyes to something which was there all along - that racism runs through society at all levels and in all walks of life. And it has demanded us to take action

The CSP will publish its equity, diversity and belonging draft strategy in June. It will seek to move the CSP to become an exemplar organisation and employer in transformational change.

Ms Middleton added: ‘The momentum from the events of a year ago - coupled with Covid-19 disproportionately affecting Black, Asian and minority ethnic communities - needs to be not only sustained but stepped up.

'We need to embody allyship and understanding of privilege, build inclusive behaviours, and tackle institutional racism in the workplace.’

Find out more about the TUC events