Value care and mark half a century of equal pay

The CSP affiliates, The Fawcett Society, are this week highlighting low pay in the care sector and how it impacts women. 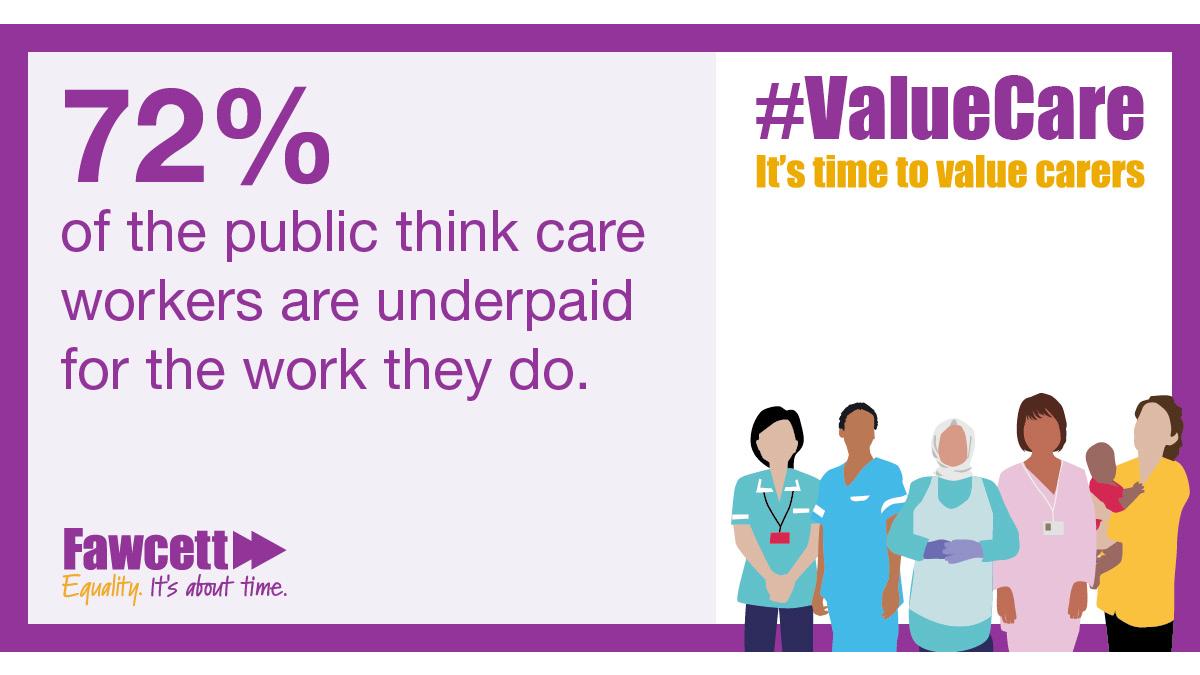 If you’ve ever seen the film Made in Dagenham, you’ll know all about the 1968 strike at Ford’s Dagenham plant. Women machinists, infuriated by a pay structure that favoured male workers, went on strike over equal pay.

Equal pay had been discussed nationally since the early 60s, but the strike, which divided public opinion, triggered the creation of the 1970 Equal Pay Act.

On 29 May 1970, the Act was given Royal assent. It was designed to prevent discrimination, covering the terms and conditions of employment between men and women. Equal pay for equal work.

Fifty years on, progress has been made. However, we are still seeing 29,000 equal pay claims a year, making up over 15 per cent of all employment tribunals.

The CSP affiliates, The Fawcett Society, are this week highlighting low pay in the care sector and how it impacts women.

‘The average pay for social care workers employed by an agency is just £8.52 per hour - with full time workers earning just £16,400 a year,' the society said,

'Eight out of ten care workers are women, with many BAME and migrant women working in the sector.’

What can you do?

Tell your story #ValueCare and share on social media.

Are you a carer or is one of your loved ones working in the care sector? Do you have a carer who supports you with day to day living?

Please use the hashtag on social media to tell us about your job, being a care worker during the outbreak or simply why you think carers deserve better. We want to amplify carers’ voices as well as the lifesaving work they do.

Share research from The Fawcett Society and the testimonies from care workers on social media. Help us change the narrative and get people talking about why we need to value care workers.