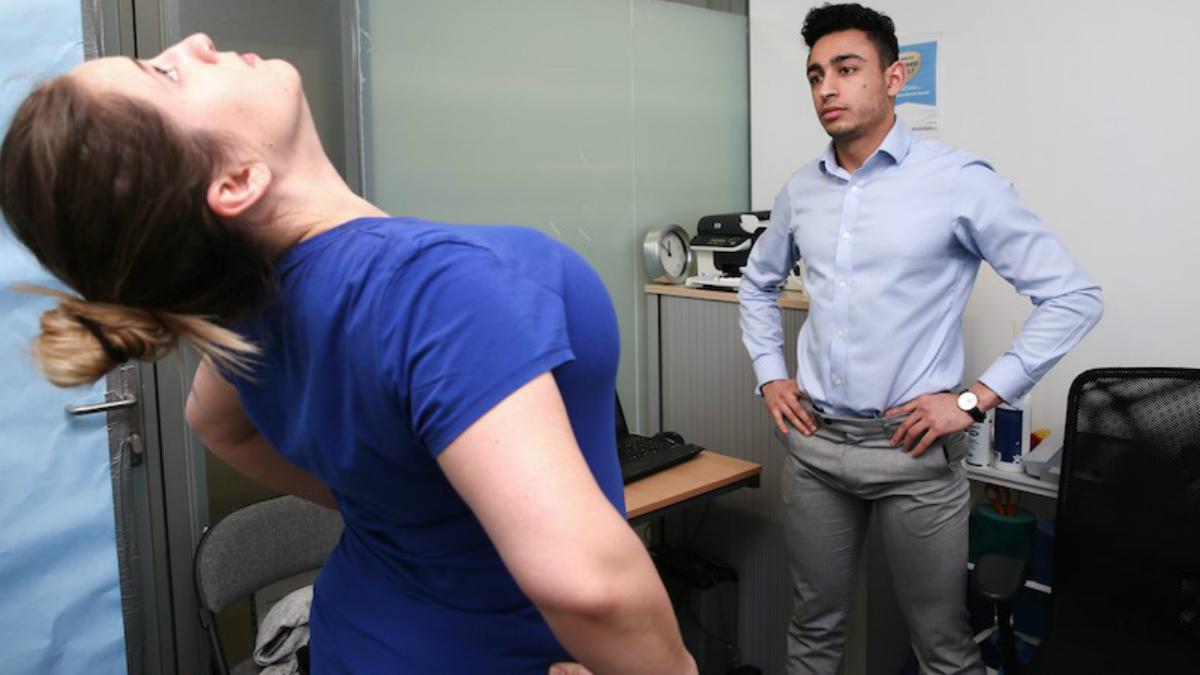 The programme involved physiotherapist Samy Roshdy, who works for London-based Capital Physio, and Gonda Lewis from the North West London Physio and Treatment Centre. They worked with a number of patients aged from mid-teens to late 50s who had all experienced low back pain for a year or more.

All the consultations and manipulation were done off camera and all helped increase mobility and ease symptoms.

Ms Lewis said it was great to be able to promote physiotherapy via the programme. She treated five patients of varying ages and degrees of back pain. ‘They all responded positively to me as I educated them about how they behave in different postural positions,’ she said.

‘I explained to them their role in aggravating their problem and therefore helping the pain persist, and talked about the changes they could make to help themselves. I gave them prescriptive progressive exercises to take away and do daily to ease their pain and strengthen core muscles.’

‘I saw three patients for eight sessions and prepared a home exercise programme for them,’ he said. ‘And it was good to see the improvement in confidence about managing their symptoms, and as they increased their levels of activity pain levels decreased.’

The episode of Live Well For Longer is on Channel 4 on 1 August at 8pm.