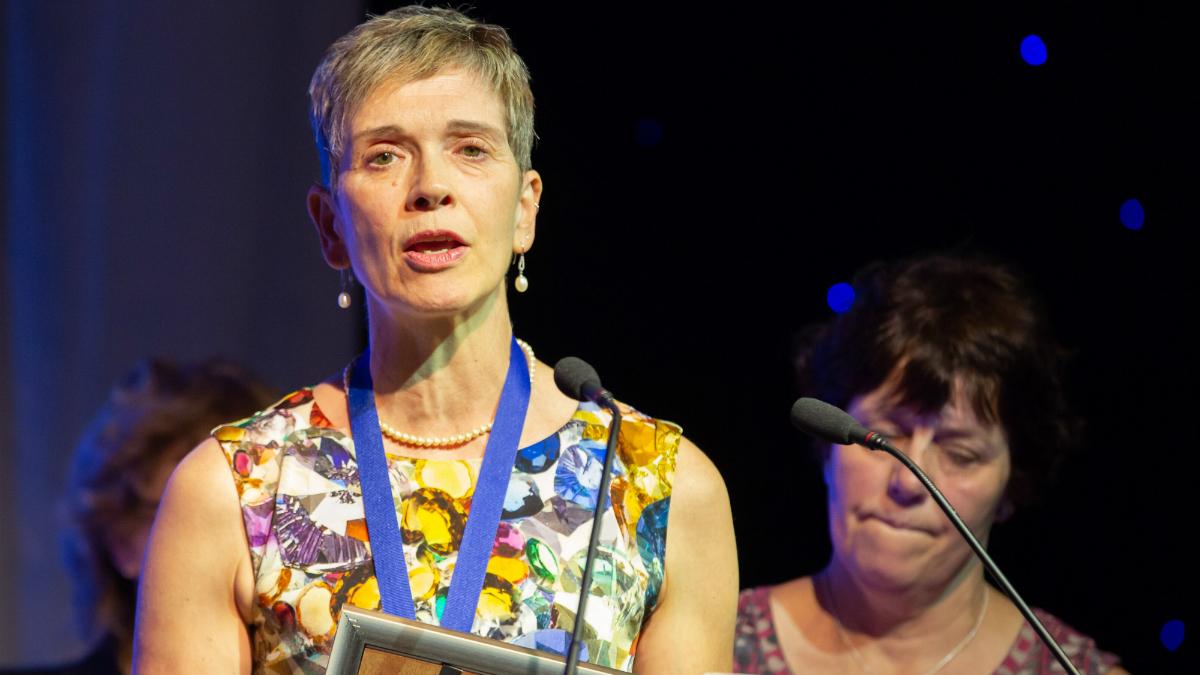 Speaking after the award ceremony at the Royal Armouries Museum in Leeds, physiotherapist Ms Sharples said: ‘I was amazed, pleased and very grateful that people at Sue Ryder Manorlands Hospice in Oxenhope, where I work, thought I was good enough to be nominated.

‘But I felt I was accepting it on behalf of the team because they are fantastic.’

Over the past five years, the palliative rehabilitation team of two physiotherapists and two occupational therapists, has introduced a number of innovations into its services at the hospice.

It rented gym space at a local hospital and set up a weekly ‘physical and functional’ session, staffed by professionals, volunteers and students.

Speaking about the 14-week gym programme it now offers, Ms Sharples said: ‘We do a warm up, then each person has stations they can visit individually or in a group.’

The team now trains ‘activity volunteers’. Each week, they help people at the hospice with a range of activities. These are as varied as crochet, birdwatching or trips out in a small van, or ‘more like a popemobile’ as Ms Sharples describes it.

Another change was arranging for volunteers to transcribe people’s life stories, help identify photographs, and create a ‘life story’ booklet for individuals.

Commenting on the award Ms Sharples said: ‘It is nice, as a physio, to be recognised in an area that people usually associate with nursing. People are surprised when you say you are working in palliative care.’

She is ‘happy to share our work’ and can be contacted by emailing rachael.sharples@suerydercare.org