Acupressure is not a diluted version of acupuncture, as some people mistakenly believe, and has the advantage of providing non-invasive treatment. 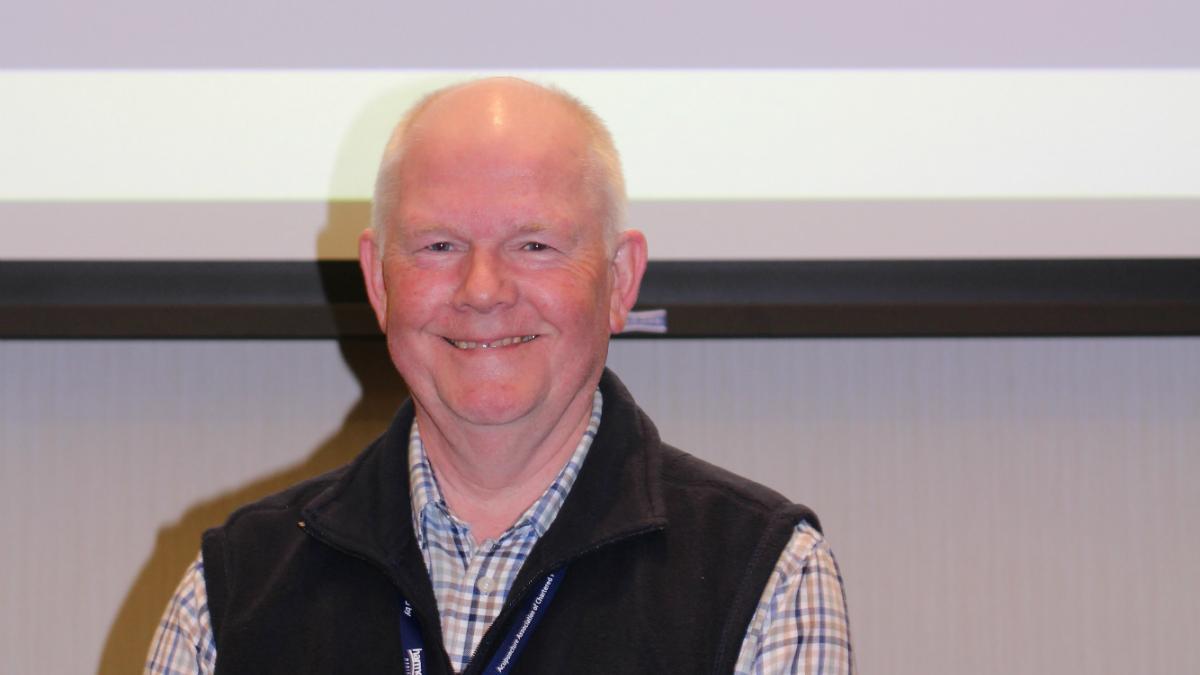 This was one of the messages from CSP fellow John Cross at the Acupuncture Association of Chartered Physiotherapists (AACP) annual conference in Reading on 19 May.

Mr Cross, a retired physiotherapist who has used acupressure for almost 40 years, was the first chartered physio to become a registered acupuncturist.

During his presentation, which focused on the use of clinical acupressure for neurological conditions, Mr Cross said: ‘Why do we use acupressure? Because it’s non-invasive, which is great for patients and also, sometimes, for practitioners – because not all of us like needles.

‘Also, I found that acupressure allows you to have a greater rapport and oneness with your client, because you receive constant feedback and confirmation about how the treatment progressing.

‘Patients tend to relax more easily and it allows you to teach self-help procedures, which you can show them after a session and which they can use between treatments.’

Mr Cross said there were many types of acupressure, and shared his theory that acupressure and reflexology are synonymous, citing examples of their similarity.

‘Every acupressure-point on the body is a reflex of something. A reflex is a reflected point or pathway, and every reflex point can be touched, massaged or needled.

He described how therapists could use acupressure and reflexology to ease symptoms associated with neurological conditions, including stress, thermal imbalance, flaccidity, spasms, fatigue, incoordination and pain.

With the aid of pictures, he showed delegates relevant acupressure points and described their therapeutic uses.

Mr Cross also highlighted how the spine, brain, cranial nerves and autonomic nervous system are thought, by some cultures and branches of traditional medicine, to be 'reflected' on other regions of the body.